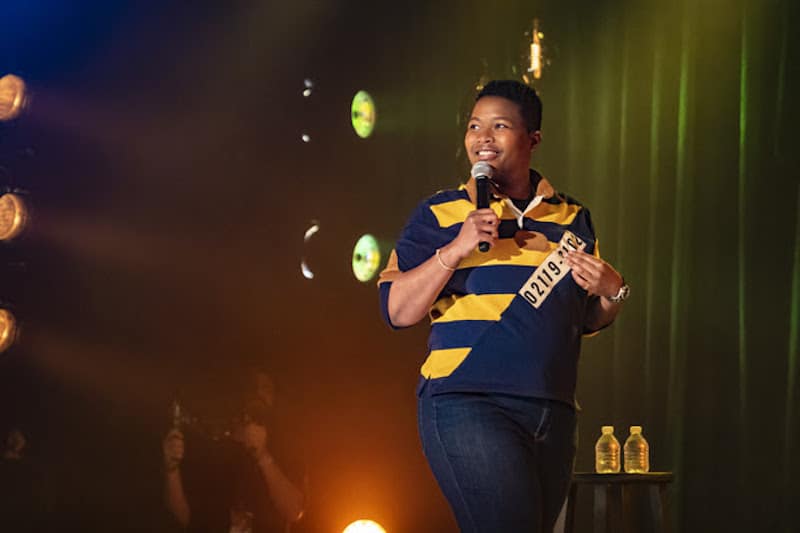 Emmy Award-nominated Saturday Night Live writer, Sam Jay, announced her upcoming hour-long original comedy special 3 In The Morning in an Instagram video earlier today by taking a short pause from brushing her teeth to face the camera and say, “I got a Netflix special coming out, Aug 4, you fucking bitches.” Her understated dispatch, from the bathroom sink, was the mid-morn chuckle we needed.

“Filmed at The Masquerade in Atlanta, Georgia, Sam Jay delivers the witty, candid and raw brand of comedy that earned her recognition as a standout comic,” states a press release by Netflix. While born in Boston, Jay spent years partying in Atlanta as a student at Clark University.

We are big fans of these one-hour specials, with our favourites in recent years being Ali Wong’s: Baby Cobra, Amy Schumer’s Growing, and Hannah Gadsby’s: Nanette. The legacy of white straight men dominating the mic has been shattered in recent years, and we’re pumped that Sam Jay, a Queer Black woman, is next in line to get the international spotlight she deserves.

Beyond fearlessly funny and fresh as heck, we admire her unpretentious attitude and straight-up honesty. In Q Magazine, Jay shares advice for emerging queer comedians, “Be yourself, which is lame but like hella true. That, and work harder than you feel is hard.”

Sam Jay: 3 In The Morning premieres globally on Netflix on August 4, 2020.