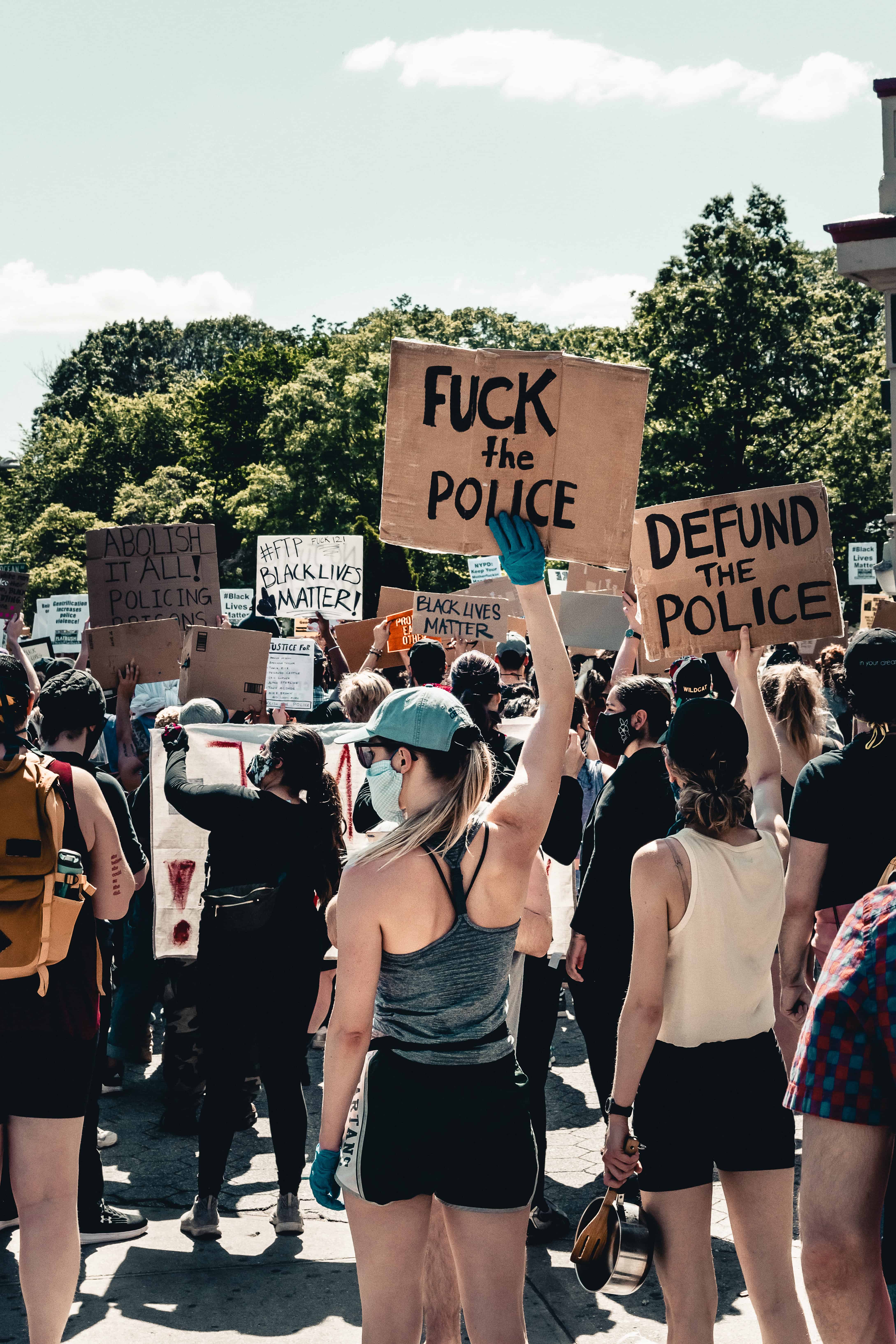 In the last month, protests have erupted across the United States and Canada as citizens have banded together to call for an end to violence against Black people. For the first time it feels like a real conversation is happening, not only in the US and Canada but around the world. The current demonstrations have begun a serious discussion about how to progressively defund and abolish the police, as people are fed up with police brutality and their ability to kill Black people with impunity. As the talks have continued to gain traction and support, the pushback against police abolition has taken a disturbing turn with the question, “If you want to abolish the police then who are you going to call if you get raped?”

Maybe it’s because I spent my formative years watching Law & Order: Special Victims Unit, but as a teen I fully believed that if I were to be raped, I would immediately call 911 and file a police report. I knew all the tips: don’t shower because you might wash off evidence. Save your clothes for evidence too. Reporting your rape could help save another woman from the same rapist. At that age, I genuinely believed that all rape kits were tested and that the low prosecution rate of rapists had more to do with women not coming forward than the inactivity of police and the complexities of our flawed justice system.

What teenage me didn’t realize at the time was that many cops are not as inclined to offer survivors a shoulder to cry on as Detective Olivia Benson. It wasn’t until I got to university and started talking to survivors that I began to learn more about what actually happens to women who report their rape to police. It was only from spending time in feminist centred spaces that I was exposed to the statistic that out of 1000 rapes only 9 cases would be referred to prosecutors and fewer than 5 perpetrators would be incarcerated. I desperately wanted to believe that if the worst happened to me, I would be able to call the police and be reassured by their presence. Instead as I met more and more survivors, I heard stories about them being ignored, dismissed, laughed at, and in the worst cases, re-traumatized.

In December of 2015, Pro Publica published an account of a teenager called “Marie” who said she was raped at knifepoint in her home but later said she made the story up. The article explained how the young woman had contacted the police but had doubt cast on her case because of her “calm demeanour” and inability to remember certain details about what had taken place. After being interrogated by police to the point that she questioned her recollection of what had happened, Marie was coerced into writing a statement saying that she had made it all up (despite the physical evidence of the rape that had been recorded at the time). It was only when detective Stacy Galbraith happened to mention a similar rape case to her husband, who was also a cop, that she learned about a number of rape cases that happened in multiple counties that all had the same MO. The story was so incredible that it was eventually made into a miniseries on Netflix called Unbelievable. While Marie finally got justice and was absolved of filing a false report, many other survivors will never see their abusers experience the justice they deserve.

I spoke to one woman, Beth, who explained her decision to not go to the police after realizing that she had been raped. At only 17, she had gone out with a man who was 11 years her senior. Fully aware that she was underage, he took her to a bar that he could “get her into.” Beth’s only memory is waking up the next day in his bed, naked and sore. Understandably worried that she would be blamed for meeting up with a man much older than her and for underage drinking, she did not report the assault. Instead, she went home, slept for 20 hours, and then did her best to push it out of her mind. Beth is a prime example of a young woman who avoided going to the authorities out of fear that she wasn’t a “perfect” victim. We all know how common it is for women to be questioned about their actions (Why were you out so late? Why were you dressed like that? Why did you drink so much?) as if they are somehow responsible for their own rape.

As if this isn’t bad enough, there is also the very real issue that cops are also often perpetrators of rape and domestic violence. Numerous studies have shown that 40% of police families deal with some form of domestic abuse. In 35 states it is legal for police to have sex with a detainee if they claim that the sex was consensual, which ignores the power dynamic that makes true consent impossible. In an unsurprising link between police brutality and rape, one of the officers who was involved in the shooting death of 26-year-old Breonna Taylor has now been accused of rape by two women whose stories are eerily similar. Just last year a young woman from Brooklyn who said she was raped by two officers while in police custody had to watch as her rapists were let go with no jail time and only probation.

So if the police are defunded, “who are we going to call if we get raped”? The better question is, how do we deal with rape when the very people who are supposed to protect us so often end up retraumatizing us, siding with perpetrators, or in some cases are the perpetrators?

If we took the mass amounts of money that currently fund police forces and instead invested it in nurse examiners who specialize in sexual assault, outreach workers, social workers, counsellors, and trauma informed investigators, we could actually do right by survivors. There can be a future without police and where survivors feel empowered to report their rapes and seek justice.

If you have been sexually assaulted, connect with Toronto’s Rape Crisis Centre. They have a 24-hour support line: 416-597-8808.

Kirthan Aujlay is a bisexual biracial fat femme living in downtown Toronto. Her work has appeared in Autostraddle and Pulp Mag. When she’s not writing, she runs @that_goodnight on Instagram to educate people about death acceptance, grief, and green funerals.