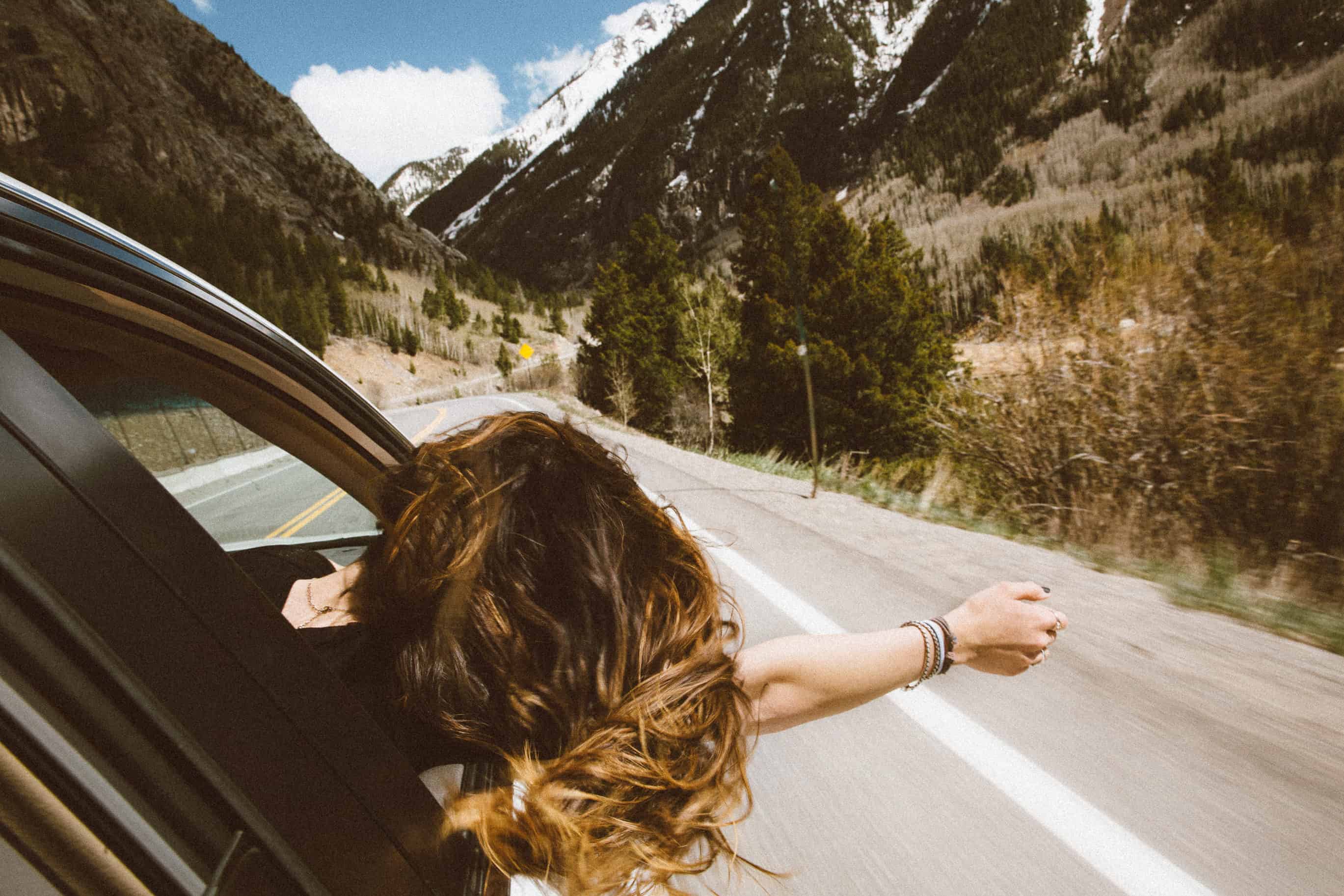 I woke up today, put on some makeup and tossed my hair in a bun. I looked in the mirror way, way too many times and made myself a smoothie for breakfast.

These were familiar, mundane motions. They made me feel both excited and a little sad.

I was back to the 9-5. The work grind. Back to the coffee need instead of want.

And this fact made it feel as though this entire journey I went on – up and quitting this life I loved so much to chase a big ol’ dream across the world – had come full circle. I had officially returned to the lifestyle that I left. And that isn’t a bad thing. I loved that lifestyle, too. But it still felt weird, and it made me think about so many things that usually don’t enter my brain until at least after lunch. For example: “K but what do I want out of life? What if I actually do die alone? Why did I ever stop listening to punk rock?”

On my commute home, I listened to this song (not punk rock, unfortunately) that I discovered while I was away – a song that acted as the soundtrack for so many weird and wonderful moments on the road. And it was the song I was listening to when my plane touched down in Canada after it was all over. And I so vividly remember sitting on the plane in my grungy plaid and staring out the window (aka awkwardly craning my head around whoever was actually sitting in the window seat) and feeling this overwhelming sense of excitement and fear and anticipation that I was HOME and I was gonna hug my mom in like, twenty minutes and OMG what was going to happen now?! What adventures were next?!

I listened to that song again today on my way home from work as I was standing on the subway platform in my yellow dress and heeled sandals, clutching my computer bag and a plastic bag of groceries so I could make lunches for the week. This was my life now. It couldn’t have been more opposite from the last time I listened to this same song, but all my feelings were the same. I was excited and scared and anticipating where this was all going to take me. I felt happy; happy that I had carved out a brand new – albeit more local – adventure for myself. I felt sad because, in a way, this felt like the final piece in the puzzle of my life returning to “normal.” I had a job. I was going to celebrate Fridays and resent Monday mornings and wonder where all the time had gone.

Speaking of which – where had the time all gone? How was it possible that this had all happened and I was here now? #VanLife turned #DeskLife?

And in feeling all of this, it reminded me of one morning in the back of our stuffy van somewhere in New Zealand. It made me think of waking up to the sun and the waves and the birds and thinking to myself, if absolutely nothing else, this trip is valuable in how much sleep I’m getting; how relaxed I always get to feel. How even then, when the real world felt almost unreachable – almost nonexistent – I knew it’d be back before I knew it, and I knew to value where I was.

And now that’s the world that feels unreachable – nonexistent, really. It’s just this thing I did and wrote about and grew from. And now I’m here. Back in the city. #the6ix. Back in the land of alarm clocks and inconsistent subway fares and making dinner plans. And it’s good. It’s good. It’s a new adventure, in a much different form. But a new adventure nonetheless. And if I learned anything from the last adventure – from that slow and sleepy morning in the back of our van – I learned to value where I was.

So, sure. This has all seemingly come full circle. I have an email signature. I’m wearing makeup again. I’m keeping track of how many glasses of water I’m drinking throughout the day. The idea of #wanderlust turned 9-5 has a negative stigma attached to it, and indeed it does make me weirdly nostalgic for the days we all lived in our little hostel home without a care in the world. But at the same time, it makes me know that, just as I was then, I’m exactly where I’m supposed to be. It’s a new adventure. A new experience. And a new opportunity to continue becoming the best version of whoever the fuck I want to be.