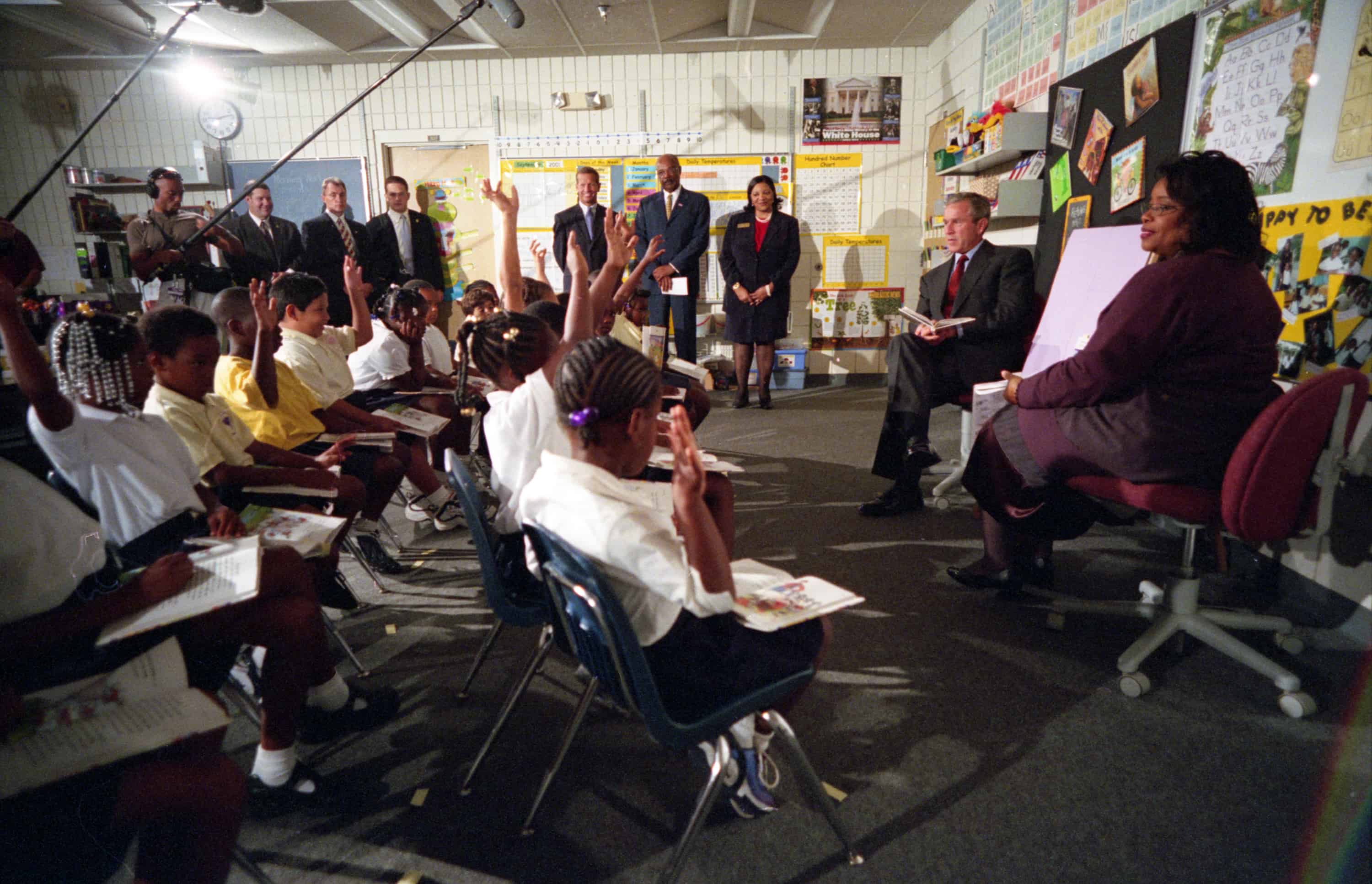 Where are they now? 9/11 Kids at Hot Docs shares the story of the children who were in the classroom when President Bush first heard about the 9/11 Attacks

Posted on April 23, 2020
We all remember where we were on that morning when we first heard the news of planes flying into the Twin Towers.
Elizabeth St. Philip was a young CTV news producer at the time. “I came in and there were a bunch of journalists crowded around a television monitor, looking at the World Trade Centre. A plane had flown into one of the towers, and we thought it was an accident,” she recounts. “Then, on live TV, another plane hit and people were in shock.”
Like most of us glued to the screen that day, St. Philip also remembers the look on President George Bush’s face when he first heard the news.
Bush was sitting in a classroom at Florida’s Booker Elementary School, listening to second graders show off their reading skills. While the young children proudly recited words that their teacher Ms. Kay Daniels held up, a secret service agent leaned into Bush’s ear, whispered something, and his face dropped. It was caught on camera and shared to the world over and over. 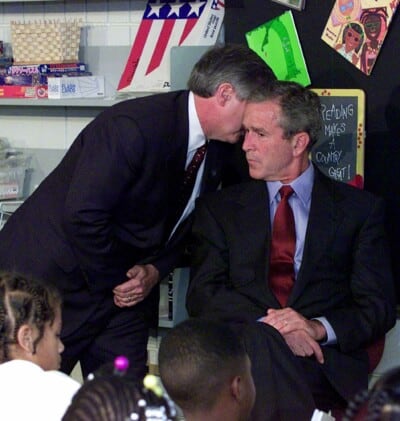 FILE – In this Tuesday, Sept. 11, 2001 file photo, Chief of Staff Andy Card whispers into the ear of President George W. Bush to give him word of the plane crashes at the World Trade Center, during a visit to the Emma E. Booker Elementary School in Sarasota, Fla. (AP Photo/Doug Mills)

The Hot Docs film 9/11 Kids rewinds to that very moment. For the children in that classroom, the day was supposed to be about celebrating their impressive reading skills. Their clothes were pressed, their hair done nicely, it was a room full of smiles. And it wasn’t just the kids who were exuberant, teachers, parents, and the entire community was buzzing with excitement. It was a very big deal for any school to have the president visit, but especially so for Booker Elementary, a school in Sarasota’s poorest district, with many of the students coming from vulnerable homes, their families facing numerous struggles.
St. Philip and crew wanted to show their story.”That day has been analyzed and dissected by historians, news correspondents, but I don’t think we’ve ever explored the story of the kids. It’s a story that hasn’t been told before,” says the filmmaker, who was curious to see how that day impacted them. “They are in their mid-twenties now, making their mark on the world, they’re making mistakes, it’s an interesting time to check in.”
When she began getting to know the subjects, St. Philip realized that while they shared a high-impact experience in their childhood, it is systemic discrimination that becomes the biggest theme in the documentary. “They are all connected, because they were in that class, and they have vivid memories of that day, but it didn’t really impact their lives today. They are more concerned with their day-to-day struggles: making ends meet, staying out of prison.”
Similar to 9/11, we are living through a moment of time right now where life will never be the same. Like Sept 11th, 2001, when we refer to this period of time in the future, we will describe events as pre-pandemic or post-pandemic—our course forever altered by it. In this sense, it’s an interesting time to watch 9/11 Kids. But this incredibly compelling documentary is also poignant because right now, as we live through this crisis, we’re able to see gaps and inequities in our society more clearly. “COVID-19 is a global pandemic that highlights a lot of inequalities in our society, in a very stark and big way. I think the documentary, although not about the pandemic, shows the struggles of the person who doesn’t come from means, and how difficult it is to get ahead in life.” 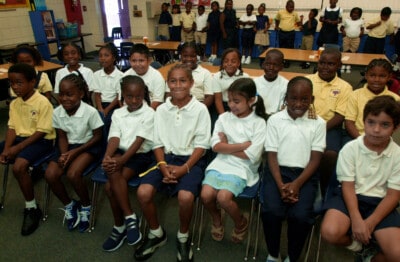 PJD11A Sarasota, Florida, USA. 31st July, 2002. Almost 1 year after September 11, 2001, the former second grade class from 2001 of Ms. Kay Daniels at Emma E. Booker Elementary School has a reunion. This was the class President George Bush was reading to when he heard about the attack on the twin towers. These are her former students on their first day of school going into the third grade. Picture taken on first day of school. July 31st, 2002. (Jessica Mann/Orlando Sentinel)

Their magnificent grade two teacher, Kay Daniels, instilled a lot of hope in her students, always encouraging them to hold on when life gets tough. For many of her pupils, it’s a line that has helped them pull through the toughest of times, and continues to do so. If anything, this documentary reveals how much influence she had on their lives, at such a young age, arguably making more of an impact than the actual events of that day in 2001. But while she helped them believe in themselves, and shined a light on their talents, for many of her students, the deck was always stacked against them.
There is a lot of discussion devoted to the ‘American Dream’ in 9/11 Kids. For  St. Philip what that phrase should mean is equal opportunities for success, for self actualization. But that’s not the reality. “America is not an equal playing field. Your parents, your neighbourhood, your access to education, affordable healthcare—all those things impact whether or not you will succeed. I won’t say that the American Dream is dead, but it’s on life support.”
9/11 Kids will premiere at Hot Docs on Thursday, April 23 at 8pm est via CBC’s Hot Docs at Home initiative on the documentary channel and CBC Gem.