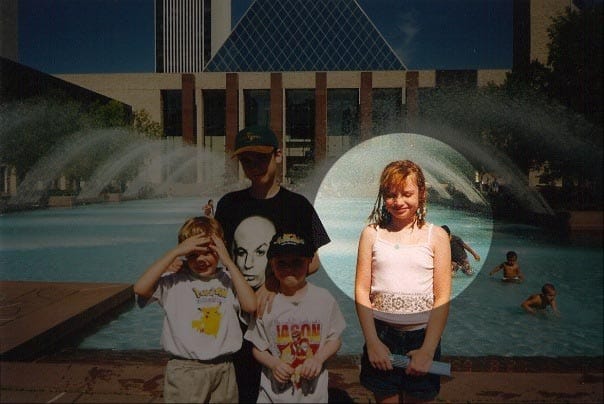 "I need to be wrong, because fucking up is life’s way of highlighting what I need to change and work on."
Life Stories

I’m wrong often. That’s not self-deprecation, that’s an admission of humanity. It doesn’t make me a bad person, or a stupid person, or an incomplete person.  It actually makes me more of a person.  If I was never wrong, I would be a deity, and you would build statues of me and kill each other in my name. (That would also be wrong.)  If I am this infallible deity, then I have no growth left to do as a human, which leads me to believe I am not a god.  That notion seems all the more probable given that I have a rather large ketchup stain on my shirt at present.  Very few depictions of god in Renaissance art show him with such a stain, which leads me to believe I am just a person.

So I need to be wrong, because fucking up is life’s way of highlighting what I need to change and work on.  Fuck ups are the grown-up equivalent to your second grade teacher circling a world and writing “Spelling?!” next to it.  Sure, the red pen made you feel stupid, but it also taught you the difference between they’re, their, and there.  As in “They’re royally fucking their shit up over there.”

Being wrong doesn’t make me a bad person, but not admitting I’m wrong makes my life difficult.  Forget a birthday?  You have two options:

See how one of those things makes people feel warm and fuzzy, and the other makes people want to have a Kramer vs. Kramer-styles yell at one another?  See how one is infinitely better than the other?

If you don’t, you are wrong!  I know, it sucks right now, and feels bad, but take a minute.  Go for a walk, each a sandwich, maybe watch some Adventure Time.  Come back to this later.

Back yet? I bet you feel so much better simply confessing to being a human and dealing with it, rather than smashing this computer for implying you have faults.

I make mistakes.  I have countless photos of hairstyles that back that claim up.  But hey, just because I Bo-Dereked my hair one summer doesn’t mean I’m stuck with that hair forever.  Sure, the problems I have as an adult are substantially bigger than beads clicking every step I take, but the solution to the problem starts the same.  I admit to being wrong.  I take the beads out, I deal with the consequences of a summer’s worth of bead photos, and I try to make things better.  Because I was wrong, I know how to be better. (In this case, how to be better at having hair.)

I have acted out.  I have acted poorly.  I have said things to try and make you feel things to test if you care for me. I have tested you over and over again and called you a liar, because I’m afraid to admit that I am okay as a person.  I have not admitted I am scared beyond belief at the sheer horror of being alive and I take that out on you, because you love me and I know that you’ll take it. I have fucked up. I have hurt you.

I am wrong and I am going to try to make things better.

This part of being wrong sucks, so I am going to go for a walk, eat a sandwich, and watch Adventure time, and then I’ll come back to this.  I hope you do too.

"I need to be wrong, because fucking up is life’s way of highlighting what I need to change and work on."