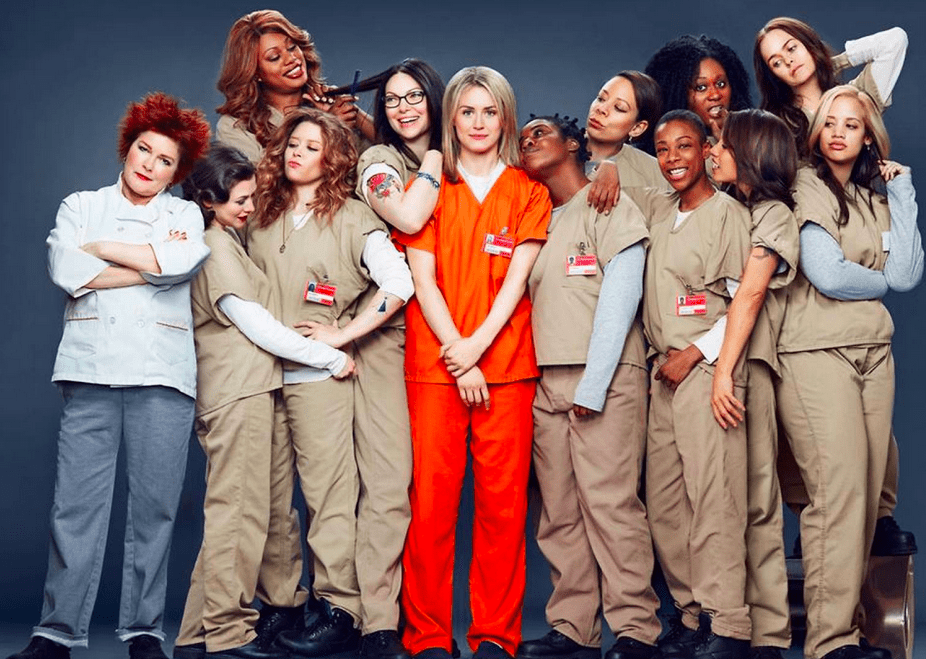 Oh Noah Berlatsky, when I first saw your article titled “Orange Is the New Black’s Irresponsible Portrayal of Men,” I knew you were going to be tackling a tough subject. After all, on a show that is about life in a women’s minimum-security prison, it totally makes sense that you would be upset about the lack of representation of male prisoners.

I mean, sure, most people don’t expect to see male prisoners in a show about a women’s prison, but as you so righteously pointed out, when Piper gets transferred to a co-ed prison for all of two episodes, the male characters depicted just weren’t well rounded enough for you. And I totally understand your disappointment that the show didn’t provide its few male characters with deep, complex characteristics. They were stereotypes and caricatures. And even if the show is about a women’s prison, men are incarcerated 10 times more than women so clearly they should have more representation of men, kind of like how women make up 50% of the population but only get 41% of speaking roles on TV. I mean, it’s not like you could watch shows about men’s prisons like Oz or The Wire or Prison Break. They’re not on Netflix right now so you would have to actually find a place to rent them on DVD like its 2002 or something.

I get it. I mean, here you are, a grown-ass man. You want to relax, so you turn on Netflix and start streaming everyone’s new favourite show. And yet, for two whole episodes you have to see men depicted as nothing more than creeps, murderers, and rapists. It must be awful! It’s kind of like all those times I turn on the TV and there I am, trying so hard to enjoy a show about MEN when they keep throwing in these annoying female characters. I don’t know what they say, I just kind of tune it out, because most of the time they’re either nagging their poor husband (seriously Carmela, would you just get off Tony’s back already, he’s trying to run the New Jersey mafia!) or walking around with their tits in my face while a dude is saying something that is probably really important (like every episode of Game of Thrones ever).

What’s worse is sometimes they really take time to develop these female characters. Like, when I would watch Breaking Bad, just hoping to see Walter White cook some meth and maybe figure out a way to kill a few more people. But noooo, I have to sit through all these scenes with Skylar and watch as she goes from devoted housewife to adulterer to woman just trying to keep her kids safe. Ugh, female character development?Booooring! Give me more Walt! Give me five more minutes of Jesse calling someone a bitch. I really don’t get why the writers spent so much time on Skylar when everyone just wanted to see her get killed off anyway.

So Noah, I just want to say that I get you. You want shows that devote their time to representing men. You want deep, involved character studies about dudes. Sure you could watch Mad Men, True Detective, Boardwalk Empire, Sherlock, Silicon Valley, etc. etc. etc. ad nauseum, but what about shows like Orange Is The New Black? When are you going to get your complex male characters alongside Piper, Vee and Nikki? The madness has got to stop. We demand better roles for men even on shows about women. When GIRLS returns I fully expect you to have another 1500 word article about why Ray, Adam and Elijah are under-appreciated and underdeveloped, because let’s face it: it’s hard out here for a dude.