Why it’s Time to Embrace your #Squad

Somewhere in between a wave of think pieces and a Saturday Night Live parody, the word “squad” became a dirty word. Perceived as exclusionary, a woman and her crew was just something to poke fun at or criticise. But taking celebrities out of the equation – what is so bad about you having a squad? Maybe…not much? And in 2016, can we take the concept and apply it to our own lives as a recipe for positive teamwork and support? Wouldn’t we be happier, but also more successful professionally and personally, if we got by with a little help from our friends? I think so.

Admit it, You Have A Squad

Get over the semantics. You have a squad. It may be more petite or subtle than a celeb’s, but it holds the same potential of power. You have a variety of people in your life that are important to you! A tribe. A family. Embracing your squad and utilizing them for the good of society does not mean that you’re hopping on a bandwagon or being obnoxious. You’re just calling it what it is. Or, feel free to call it something else.

Use your brilliant friends as resources and conversely, share your knowledge with them. Coming from a creative background, there are many people in my circle of friends that bring something special to the table. The non-surprising newsflash is that WE ARE ALL STILL HUSTLING. Not necessarily to the same goal, but perhaps to overlapping goals. And so, we are the queens of the overshare, learning constantly. Having a safe place to vent after a hard day is a really valuable thing. Confide and be the vault that your friend deserves.

If your crew isn’t exactly the sharing kind, be the person that gets the ball rolling. Ask them about their day. Start broad and get specific. Often, successful people rarely share the true, practical lessons they’ve learned with the group that they came from or that gave them support in the first place. In today’s hyper-competitive society, it’s understandable that people and even close friends are hesitant to share their success and failures. You will get back what you put in so buck up and make the first move. Or if there’s really no one that you can be that vulnerable with in your crew, maybe it’s time take note and broaden those horizons.

See a friend doing something cool? Tell them. Shift your focus from, “She has/did that!?!” to “Amazing! She did/has that!” Make new friends this way too! Compliment someone you admire. Ask them a question. You could be a few words from getting closer to your own goals, while making a new confidant in the process.

The Kardashian/Jenner Empire is a great example. Love it or hate it, the fact is they are successful. This is partially because, in this digital age, they are extremely adept at rebounding their achievements off each other. If one of them does anything remotely of note, there is a ripple effect conversation of congratulations and HYPE. But, let’s be real: it’s not solely out of the goodness of their Kardashian/Jenner hearts. It is because they clearly see the universal benefit to raising the awareness of individual squad members. “Likes” are a new currency. Toss your friend a follow, a like and maybe even share their new venture on your own channels. Your boring ol’ network could connect them with the shiny right person that they need. Come up together instead of competing. You will glow with pride when inevitably your friend throws their support behind you as you embark on your next professional journey.

So let’s take a page from Drake, and get the “whole squad on that real shit.” If it takes a village to raise a child, perhaps it takes a squad to get through the growing pains of adulthood. 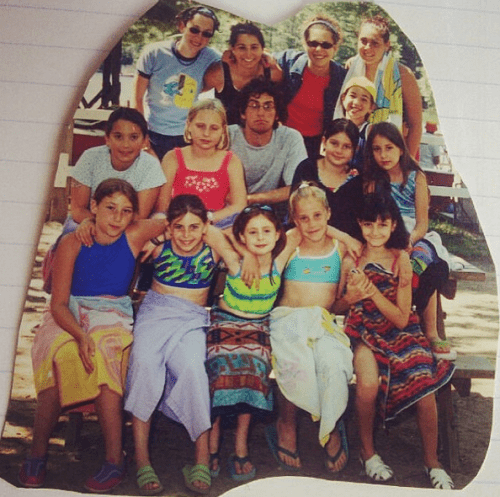