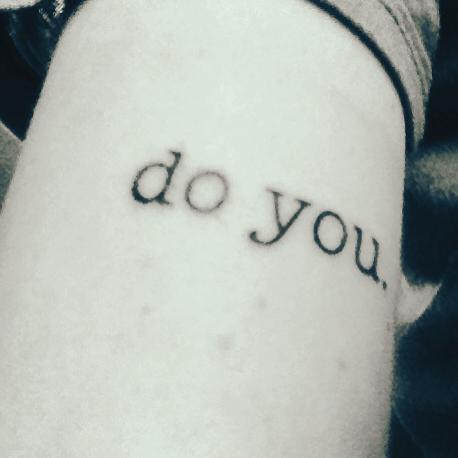 "Suddenly you feel less of a people-pleaser and more of an adopter of the ‘Ain’t Nobody Got Time For That’ philosophy."

Why No Woman Should Ever Be Scared of Turning 30

When I was a teenager, I couldn’t see myself past the age of 30. In my diary, I routinely recorded that I would win my first Oscar by 23 years old, be married by 27 (either to Ben Affleck or David Duchovny) and push out my first baby by 29.  Beyond that was just darkness; a horribly scary void that meant the end of supple skin, a high metabolism and acceptable irresponsibility masked as “just bein’ young, son.”

Well, I’m 31 now (actually, I’m writing this to you on my 31st birthday), and suffice it to say, I didn’t marry David Duchovny and pop out one of his kids by 30 (which is probably a blessing given he’s apparently more like Hank Moody than Fox Mulder. Ugh!).

But last year, I wasn’t nearly as cool as I am now. I got sad and mad about the things that I wanted for myself but didn’t have (my dream job, the dream husband, the Oscar, a real goddamn Louis Vuitton wallet). I had mini-meltdowns as I consulted those annoying “must-have before 30” lists that women’s magazines annually churn out, and thought: “what the hell is wrong with me?!”

Now that I’m freshly post-thirty, I can tell you, with a pretty large amount of certainty, that everything you’ve read and/or been brainwashed about turning 30, is utter bullshit.

Throw out your timelines and your “to do” lists, ladies. You’re not supposed to have it all figured out, despite what all those scary email chain letters say. This is what thirty really feels like.

There’s a reason why I got “do you.” tattooed on my left arm last May (I included the period in the tat because, to have left it unstated, seemed to welcome all sorts of awkward connotations). I had quit my full-time editorial job without a back-up plan and, thus, received a lot of backlash from other people who didn’t understand my decision. Why on earth would I give up benefits, vacation time and a parking spot? They asked.

To the outside world, I was supposedly “living the adult dream” when, really, I wasn’t. I was miserable. The thing about turning 30 is that time really becomes of the essence. And, no, I don’t mean that aforementioned pesky biological clock. What I mean is, I came to the point where I had to look at myself in the mirror and ask: is this where I want to be in my life? Is this who I want to be? Am I on the right path to where and who I want to be, professionally and personally? When I couldn’t answer yes to ANY of those questions, I knew what I had to do: I quit my job and began this freelancing life, while pursuing my passion of writing for TV and film. I did me. And it was the best decision I ever made.

If there’s something you want to do at 30, do it. Try that improv class! Start writing that book! Plan that business venture you’ve always dreamed of! It’s not too late at all; it’s actually the best time ever. Forget about the haters. Fuck, Facebook. Remember: you ain’t got time for that. Because, honestly, you wouldn’t want return to your twenties for a million bucks (unless it was to pay off that credit card) and forty is just around the corner, which is when, I’m guessing, we figure all this shit out.