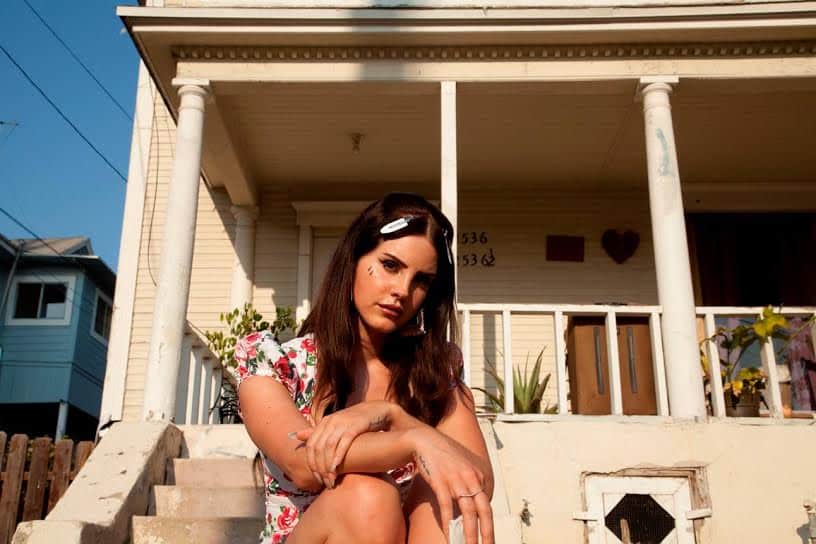 Why We Can’t Wait for Lana Del Rey’s Ultraviolence

We’ve been Lana Del Rey fans since “Video Games” became the hippest thing since Pabst Blue Ribbon. Her whole tortured old Hollywood schtick resonated with 20-somethings, who understand the trashy-but-glamourous party lifestyle. Think pool-hopping in designer vintage dresses. Or drinking Dom Perignon out of plastic red cups. We didn’t even waver when she totally botched her performance on SNL, though the incident called her talent into question for many. Swaying and stumbling, the queen of easy cool fell off her pedastal, and disappeared for long enough to make us wonder if she was just a flash in the pan. It was as if her music career was… Born to Die (sorry).

But wait! She’s being resuscitated with a new album, Ultraviolence, to be released June 17th through Interscope and Polydor UK. The first single, West Coast, came out in April, and Cult Noise called it “vintage classic; soft around the edges, heartbreakingly beautiful and exquisitely composed.” That description seems pretty familiar to the style of her last album, which, if you were obsessed with, means you might have another sad summer album on your hands.

Lana had a glamourous May long weekend, which included jetsetting to Florence to perform for Kim and Kanye’s pre-nuptial party. Following that she released her second single, “Shades of Cool,” for us regular people to enjoy. Or not enjoy, whatever stance you take… you can take a listen below.

It’s a pretty predictable-sounding song for the sultry strung-out songstress, which makes sense because it was produced by Rick Nowels, the Grammy-award winning songwriter and producer who co-wrote her previous tunes “Summertime Sadness” and “Young And Beautiful.” Nevertheless, Lana’s back, baby. She’s got a whole new album of tunes to act as the soundtrack to your upcoming summertime romances. Be like Kim and Kanye and pre-order the album here.