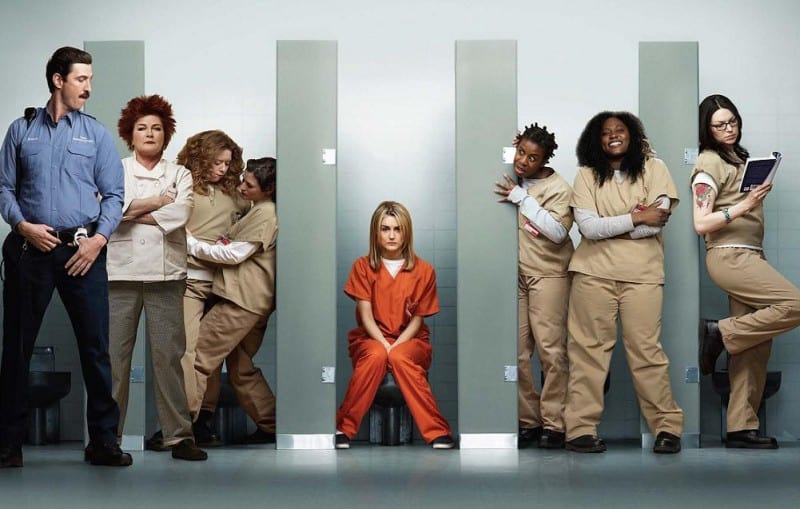 No, really: Orange is the new black.

Last week, a friend sent me a link to a wicked Ms. Magazine article about a new Netflix original series called Orange Is the New Black. The show focuses on a white middle class suburban woman who, 10 years after assisting her international drug dealing girlfriend in trafficking money, has to pay some time: 15 months in a low security prison. Piper, our loveable and crass suburban protagonist, is jailed alongside hippie yoga teachers, misunderstood junkies, political nuns, and (spoiler alert!) her ex-girlfriend—who is the reason Piper landed in prison in the first place.

While this makes for an interesting and twisty plot in itself, the guts are revealed in the show’s ability to make each woman human, going against the grain of prison movies that paint inmates as static criminals. (There are some fantastic moments where senior officers at the prison try to teach the newer employees how to be tough and dehumanize the women, speaking to them like they aren’t real and referring to them only as “inmates.” Inevitably, it doesn’t work; the women are really the ones who run things.)

The show highlights the complexities of each woman’s journey to the prison, marking the stark injustice that acts as a common thread between each character’s tale. You will get enraged when you learn that a weed farmer got 15 to life for accidentally shooting a child (okay, but you actually will because she’s so sweet and nice), and you’ll cheer on the poverty-stricken junkie when evangelicals rally behind her after she shot an abortion clinician for disrespecting her. 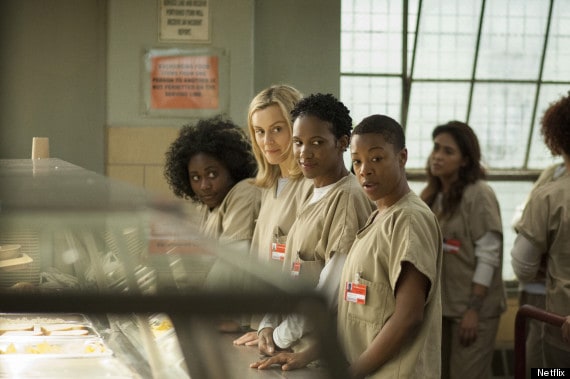 Just as the Ms. Magazine article suggests, the show is unafraid to tackle and represent queerness, sexuality, and race. The article is also first to point out that the character of “Crazy Eyes,” though initially thought of merely as comic relief, is made human. This is where the show is a triumph and wins points for heart and critical intellect: “Crazy Eyes” is a woman of colour who is depicted as somewhat of an outcast due to her “instability.” Where lots of shows would jump at the chance to have this character made into a caricature, Orange depicts her as she should be: a real person with a real heart and real problems.

Coupled with crass humour and fierce characters, Orange Is the New Black is a serious heavy hitting dark comedy that makes you want to cry, laugh, and fight to change the world. Despite some flaws, the show is a breath of fresh air; it is empowering, honest, rugged, and hilarious.