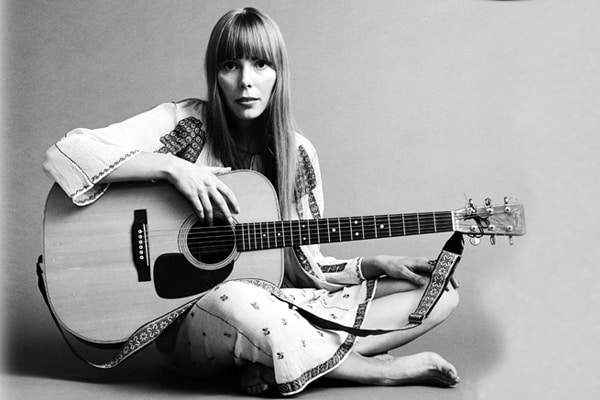 Win Tickets to Joni: A Portrait in Song at Luminato

The darkness stretching beyond the highway seemed infinite as we drove towards the Grand Canyon. It was the kind of scene that drips descriptive cliches and makes you shiver, a moment when you don’t question whether or not you’re in the right place. On long roadtrips, the sound of a car moving across the highway becomes second nature, akin to silence. So all we heard in that black night was one voice, clear and full of the sense of being there: Joni Mitchell’s.

The iconic Canadian artist holds her place not only in our national mythology, but in so many personal ones. Her own took her from the prairies to Toronto to international fame, her work helped define the sound of the sixties and seventies, and her influence has echoed down decades to secure her place as heroine to generation after generation of women. She Does The City’s Lindsay Tapscott once wrote, “Sincerely: this woman has taught me everything I know about life and love.”

We’re not the only ones who feel this way. At this year’s Luminato, artists will gather to honour Joni Mitchell. The festival has been working with the legend herself on a very special 70th birthday party. Joni: A Portrait In Song (June 18th and 19th at Massey Hall) will feature artists including Chaka Khan and Rufus Wainwright paying tribute to her musical legacy.

Joni Mitchell recorded her first album in 1968, the beginning of a genre-spanning and generation-defining career. She worked closely with members of Crosby, Stills, Nash and Young, won eight Grammys, and constantly fought to do things her own way, defying industry expectations. Her life story is one of determined self-sufficiency: She overcame polio, taught herself to play the guitar, travelled widely, moved from Toronto to Detroit and eventually landed in LA to become a key figure in the Laurel Canyon scene. As she matured, her music evolved, moving from her original sound towards a jazz and world influence. Joni Mitchell never stops growing, and on her 70th birthday, we’re excited to honour her as an artist and woman we deeply admire.