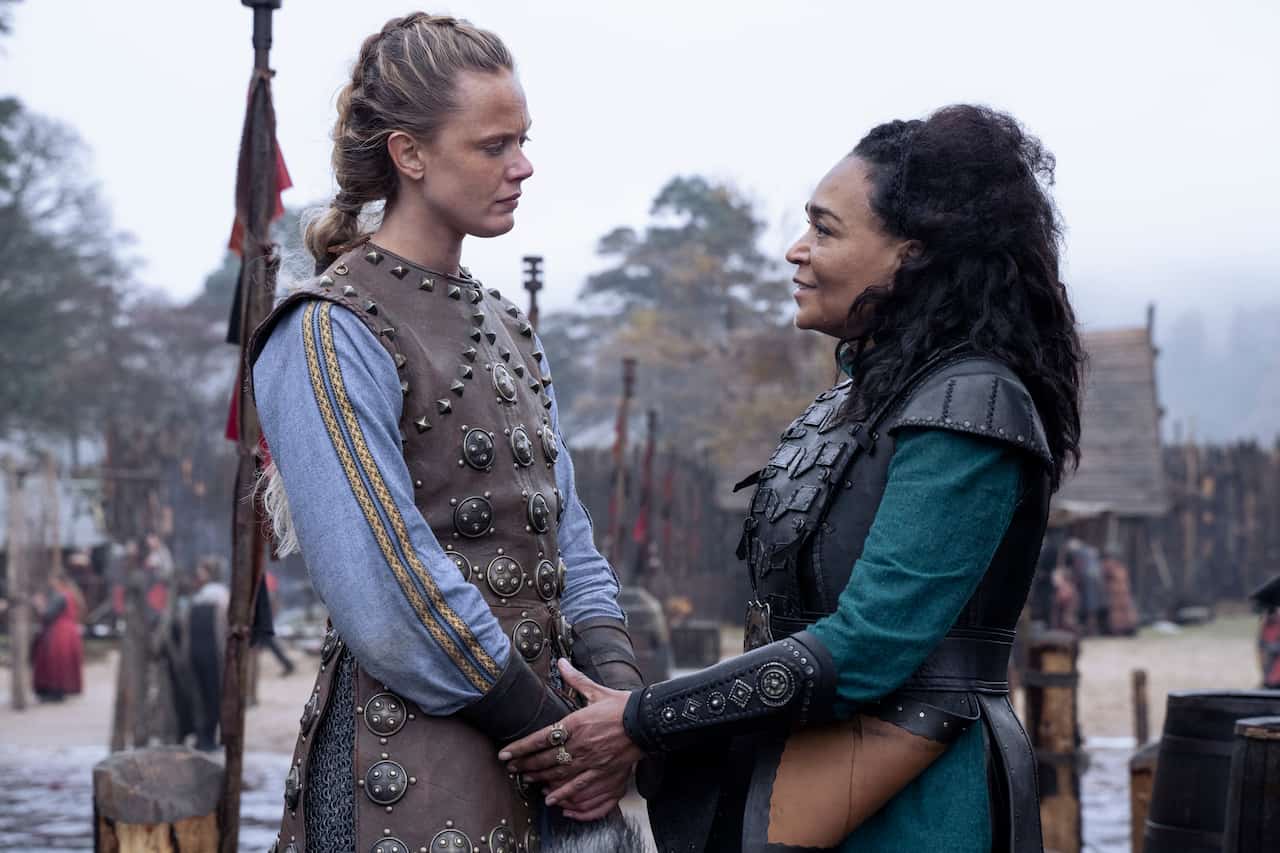 “I love this woman. She's strong, she's powerful and she's a leader."
Series

Based on the hugely popular and beloved hit series Vikings, comes Vikings Valhalla. Fans of the original series will lap up the breathtaking landscapes, gruesome warfare, and steamy sex scenes. Vikings Valhalla gives us what we want, with an even bigger focus on the tough-as-hell women warriors.

The new series picks up a century after the legendary Ragnar Lothbrok ruled the people of Kattegat, Norway, and the many territories they brutally vanquished. Now, the Vikings have established territories across England, but they are in jeopardy—the English want to take back what was once theirs. Beyond the conflict abroad, there is fighting among the Vikings; many have adopted Christianity while others hold steadfast to their pagan beliefs. Tension between the groups hits a boiling point; there’s no shortage of bloodthirsty drama. 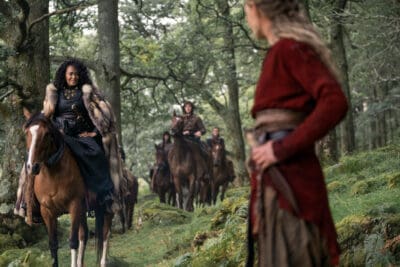 In Vikings Valhalla we’re introduced to a new commander, Jarl Estrid Haakon, played by the regal and commanding Caroline Henderson. “I love this woman. She’s strong, she’s powerful and she’s a leader,” says Henderson, her enthusiasm is palpable. “It’s about the cause, and nothing to do with children, husbands or whatever. When you get to play a part that is so fierce… a strong, empowered woman, I found that very exciting and fascinating.” It is exciting, and exhilarating to watch.

Being Scandinavian, Henderson grew up listening to many stories about Vikings. As she says: “It’s part of our DNA.” Even before auditioning for the role, she had a solid grasp of the history. “1000 years ago, we [women] were quite empowered. We could do stuff that we were not allowed to do like 500 years ago, or 300 years ago. That is a power that we always had, and it was taken from us,” she says, adding, “I think from a woman’s perspective it is really interesting.” 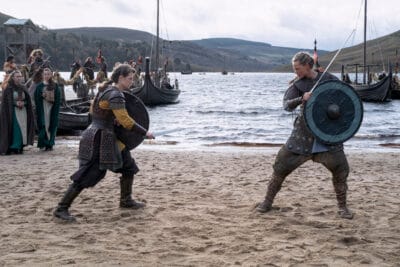 As the ruler, Henderson was less active in the battle scenes, often seen on her throne, or advising her team of women warriors, but life on set still had her feeling like she was in the thick of it. “I did some stunt training, because there are some fights. So it’s not a walk in the park. You have to work and it’s exhausting. You’re freezing and you’re hungry and it’s cold. It’s hard circumstances but I think that helps to form the character—you don’t go into your heated trailer with grapes and champagne and somebody giving you a massage. No, you’re actually out there in the mud with the blood and it’s raining and you’re cold.”

The set itself is majestic, which definitely adds to the appeal of the show. Without a doubt, it will spike interest in Scandinavian tourism (even though it’s actually shot in Ireland). “I’ve never worked on a scale like that before. Seeing these Viking ships, real life size, was like oh my God!” she exclaims, describing the enormous presence of horses and extras on set. “It’s like a small city. It is incredible.” 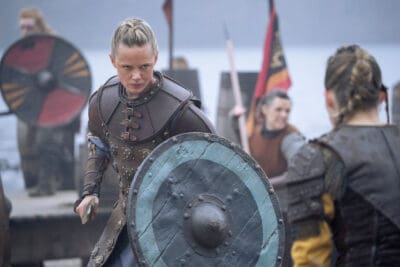 Since the beginning of the pandemic, I’ve been drawn to historical fiction. Transporting 1000+ years ago, to an entirely different time, where life is unrecognizable, is true escapism. I’ve spent a fair bit of time wondering why I find such comfort watching gory battle scenes (and wondering if there’s something wrong with me), but I’ve concluded that a glimpse into our brutal past helps put our challenging current era into perspective.

Rowing a ship in a storm with 50-foot waves, uncertain where or when you’ll hit land, and not knowing whether you’ll be met with a dagger and sliced open within minutes of setting foot ashore makes for thrilling TV, but I wouldn’t want to live it. Watching Vikings Valhalla makes what we’re living through feel a little more manageable. I’ll continue to enjoy cheering on the women warriors from the comfort of my couch.

“I love this woman. She's strong, she's powerful and she's a leader."