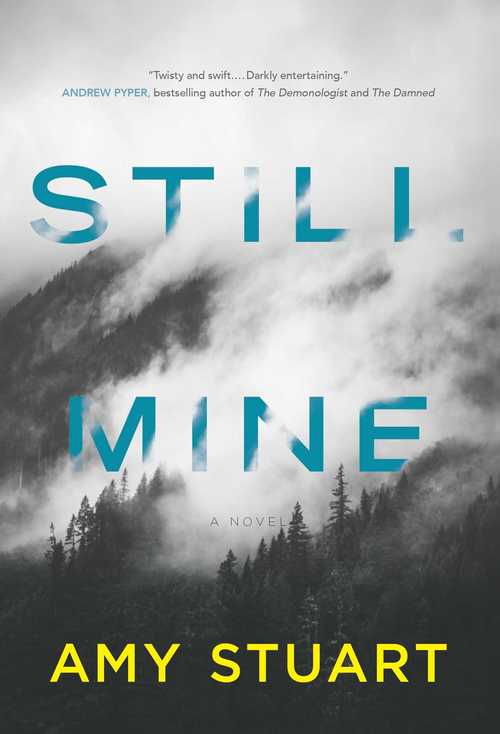 Word on the Street: Amy Stuart’s ‘Still Mine’

Word on the Street Toronto is coming to Harbourfront on September 25th. Since 1990, Word On The Street has proudly hosted the finest talent in Canadian literature. This year’s lineup includes Lisa Moore, Mona Awad, Steve Paikin and André Alexis (and many, many others). In this series, we chat with some authors to watch out for.

In Amy Stuart‘s Still Mine, “Clare is on the run. From her past, from her husband, and from her own secrets. When she turns up alone in the remote mining town of Blackmore asking about Shayna Fowles, the local girl who disappeared, everyone wants to know who Clare really is and what she’s hiding. As it turns out, she’s hiding a lot, including what ties her to Shayna in the first place.” We chatted with Stuart this week.

SDTC: What was the inspiration for this story?

AS: I keep a file of news events that I find strange or interesting. Several years ago I came across the story of a woman who disappeared from a family event. She literally wandered into the woods and vanished, and after a short search effort, everyone but her family seemed to give up on her. This story really stuck with me, and I came back to it when I was ready to set out on a novel.

What did your process look like for writing this novel?

I’d say it was a combination of plot ideas and character sketches mixing together to create the premise. Some of the main characters were actually added after the first draft, which speaks to how important the editorial process can be! From the first word typed to the published book in my hands was over five years, but there were many pauses in that time, so it’s hard to say exactly how long it took. As for blocks, I think the hardest time for a writer is after you’ve received feedback from a reader or an editor (or after you’ve re-read your own draft) and you have to digest it and figure out how to proceed with changes to the story. A lot of staring at the screen happens, which I’ve learned to accept is just part of it. I try to see it as thinking time instead of as a block. That makes it a little easier to endure.

Any tips for young writers starting out?

I have two pieces of advice: The first, which seems incredibly obvious, is to write. Create a daily practice that’s sustainable, be it a hundred words or two thousand words a day or anywhere in between, then figure out what you need to do to make it happen. And once you’ve established your regular practice and you have something to show for it, find ways to share your writing with others. Take courses or join or form a writing group. Sharing your work will help you figure out exactly what you’re trying to say and will teach you invaluable editing strategies.