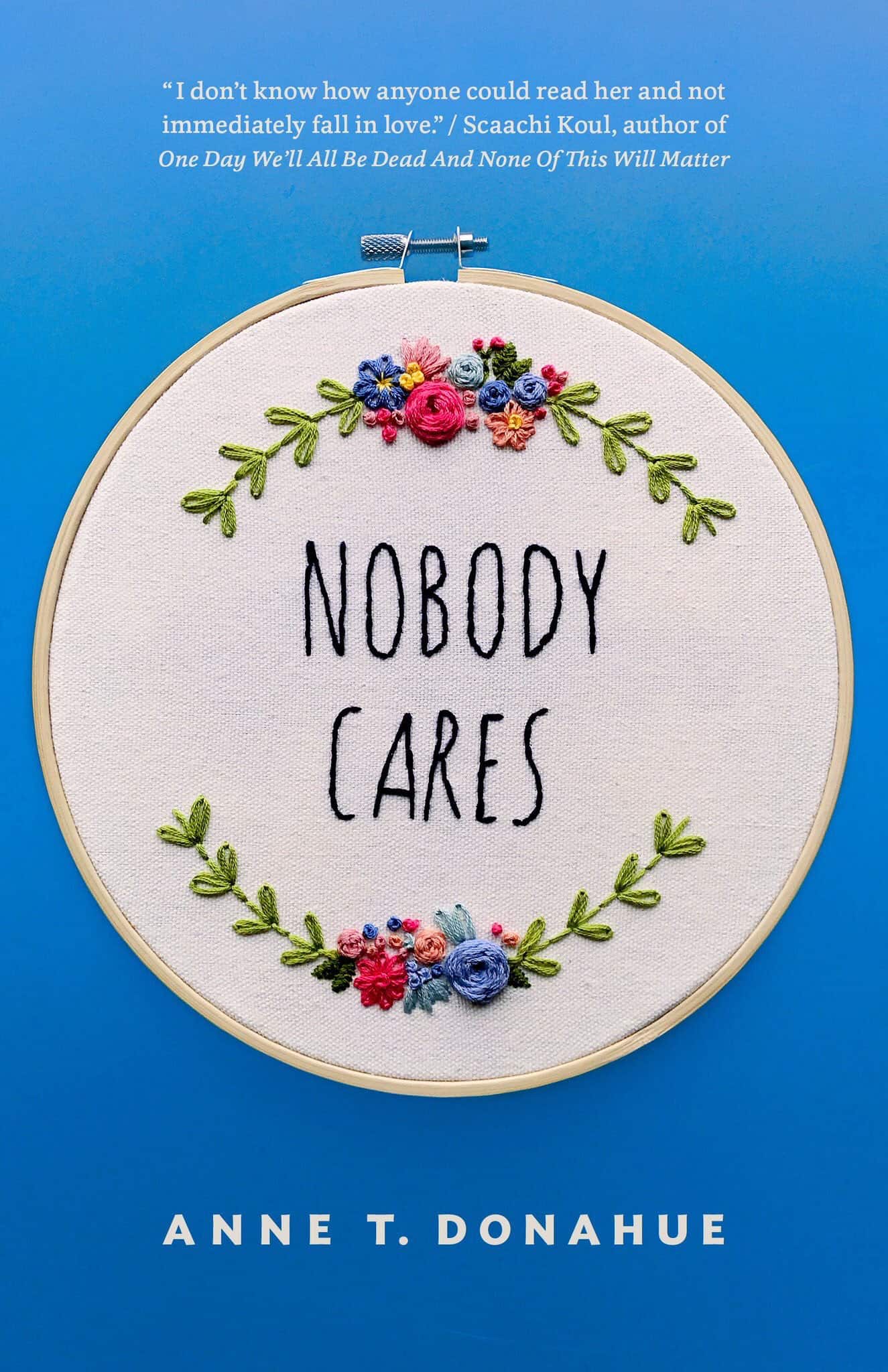 Word On The Street: Anne T. Donahue Prepares To Launch Nobody Cares, Her New Book of Essays

The Word On The Street, Canada’s largest free outdoor magazine and book festival, is happening Sunday, September 23 at the Harbourfront Centre. Now in its twenty-ninth year, Word On The Street unites book lovers with celebrated Canadian authors and poets. This year, Anne T. Donahue will be part of the stellar lineup.

Perhaps you’ve listened to Donahue on CBC Radio dishing about the nuances in latest box office releases; maybe you’ve shared one of her straight-to-the-point op-eds in Flare; or you’re one of the fifty thousand followers on her active, and hilarious, Twitter account. If so, then you likely know about her new book, Nobody Cares, which officially launches September 18 at The Drake Hotel and received a reception at Toronto Reference Library’s Bluma Appel Salon last Friday.

Combining her love for pop culture with honest opinions about figuring out one’s life and direction, Donahue’s book of essays is deliciously entertaining and encourages a lot of soul searching. (She also has a podcast with the same name—check it out here.) We can’t wait to see her, along with many other acclaimed authors, at this year’s Word On The Street Festival.

We caught up with Donahue last week to ask her some big life shit.

STDC: What did you learn about yourself while writing Nobody Cares?

AD: I learned that I needed people, which might sound like common sense, but I certainly equated adulthood with being an island. I equated proper book-writing to being an island! I believed that after my twenties, I’d learned enough to be able to exist without asking for help or without needing my friends or family for emotional support.

Writing this book and wading into things I hadn’t really processed yet, I learned quickly that I needed help. I needed the help of my editors; I needed the help of my friends and family; I needed my therapist; I needed a support system (and still do). So I’ve learned that adulthood is maintaining and building that. You offer support, and you ask for it, and it doesn’t make you weak; it makes you a person. 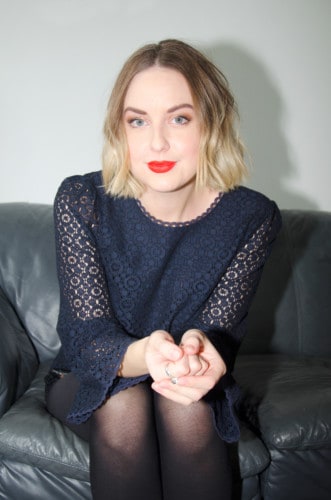 What’s a goal (big or small) that you are currently working on?

Can you share with us three lessons learned in recent years that have dramatically helped steer your life?

I can! I think, above all, comparing your life and career and self to other people will make you miserable. It will ruin all the good feelings you have about something and turn you into a jealous monster, which I have absolutely been.

Another would be to say no to things. I mean, you have to say yes to some things, obviously, but if a project or proposal or a party just doesn’t sit well with you, you don’t have to do it. Your life will not be ruined because you didn’t take the job you didn’t want to take.

The last would be that, well, nobody cares. Your friends and family care about you, but no one is keeping a running tally on your life. Nobody is analyzing the way you said “pita” during that dinner party. Nobody is looking at you or judging you the way you think they are. And if they are, that says more about them than it does you! (Mainly, that they are terrifying.)

What did success look like for you at age twenty-three, as opposed to now?

I don’t even think I know! I have such a weird relationship with the idea of success; I always think I could and should be doing more, and doing better. Even this book. This massive thing that has meant the world to me! I’m still worried—was it enough? Did I work hard enough? Do my editors feel like they got a return on all the work they did helping me through it? So I think that’s it.

Success isn’t some solid trophy you can claim. It’s a very fluid thing. And it’s definable only on a case-by-case basis. Success, ultimately, is what you decide it’s going to be. And when I was twenty-three, and even twenty-eight, I very much believed it was this brass ring that would solve all my problems. Because then it’s like, well, who even decides what’s successful in general?

What is it about your work that brings you the most fulfillment?

You have been open about your recovery from alcohol use disorder.* What do fun and joy look like for you these days? (*Editor’s note: SDTC is part of the movement to change/update recovery language to help combat the stigma. Read more about it here.)

Hm. I think it depends on the day! Sometimes it’s marathoning Ozark and eating a donut (like today). Other days it’s dinner with my friends. Others, it’s an impromptu road trip to wherever. Most days, it’s a mall. I love a mall! Anything that makes me feel happy, pretty much. It sounds very basic, but it’s very true.

What’s your best advice to a woman who currently feels as though her life is out of control, be it with substance use or anxiety? OR BOTH! ALL OF IT.

When it comes to substance abuse, ask for help. Ask for help from friends you can trust, from family you can talk to, from a therapist, from your doctor, from AA or NA, if that makes you more comfortable.

The revelation, for me, was the scariest part—having to say out loud what was happening and that I wouldn’t be able to have it in my life anymore. Then it’s the idea of that long road to sobriety being the new normal. And that’s a mind-fuck.

So it’s very one step at a time, and one conversation at a time, too. But also, the idea of “forever” makes everything feel daunting and impossible. And if you’re in the middle of it, “fixing” your life via this permanent way seems like the most egregious ask. So don’t think of it that way. Go second by second. Make it to the next minute. Forgive yourself if you slip. Give yourself credit for the revelation and the seconds you’re not drinking or using. And be kind to yourself.

This also applies to anxiety. That’s something that revs up for me constantly. So in those moments, when I need to quiet my brain, I remind myself of things I’ve been through before that have been a million times worse and that I got through them. And when I do that type of comparison, whatever I’m spiralling about feels a little less smothering.

I hate how warm it is this far into September. I don’t control the weather yet, but believe me, one day I will.

The Word On The Street Festival takes place Sunday, September 23 from 10 a.m. to 5 p.m. at Harbourfront Centre. Visit the website for more information.