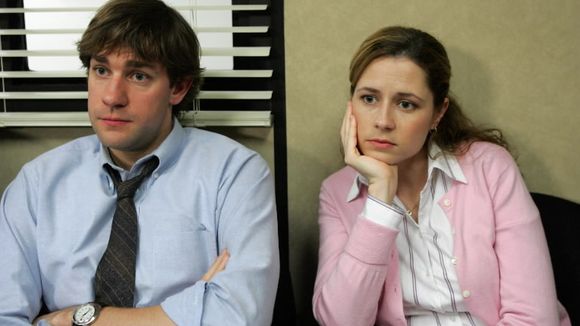 Offices promote bonding. When you are spending eight to sixteen hours a day with people, you either drive each other to misery or you bond tightly – or sometimes both. It’s not unusual to get close to the people you work with, but for the love of God, don’t let anyone ever call you their “Work Wife.” It’s degrading, and it’s something I believe no one should ever call anyone ever again.

What is the Work Wife? The term was added to urban dictionary in 2006, and describes someone who takes the place of an at-home spouse when you’re at the office. But you’re not having an affair. By definition, there is no sex. Instead, you bond, confide, share private jokes, overshare about everything, hang out at workplace events, and just generally act like you’re a couple. But at the end of the day, you’re not a couple. In other words, you’re like co-workers. There’s already a word for what you are, so we don’t need to put a weird heteronormative spin on it.

About a year ago, I was enjoying some nachos with my friend Rachel. While munching, I regaled her with stories of my adventures in gainful employment. Rachel laughed good-naturedly through all of my tales of broken photocopiers and my feeble attempts to cover up wardrobe malfunctions with office supplies.

In a lull in the conversation, Rachel asked, “So, who’s your Work Husband?”

Of course, Rachel didn’t mean to offend me. Ever since Pam and Jim made eyes at each while mocking Dwight on The Office, the term “Work Wife” has entered the popular consciousness. What people forget, however, is that when we deconstruct this term, it’s problematic and insulting. So let’s remove it from our parlance.

Why do I hate this term more than I hate Internet popup windows? Well, the idea of Work Wives and Work Husbands is a toxic way of bringing heteronormative gender roles into the office. You wonder why we continue to have a wage gap? Well, in part it’s because women are still seen predominately as wives and mothers, not workers – even when we’re at work.

When we rebrand male and female colleagues as husband and wife substitutes, it’s a way of bringing sexism into the office. In non-workplace heterosexual marriages, women still do far more of the domestic and emotional labour than husbands. Well, at many places of work, the scene is not much different. Even today, women are expected to do what Harvard Business Review calls “office housework.”

According to a 2015 Harvard Business Review report, women in offices are more likely to do “thankless-but-necessary tasks that keep organizations humming.” Such tasks include taking notes at meetings, or promoting good cheer by planning office holiday parties and buying birthday cakes for colleagues. In short, they keep things cheerful. You know, the way many women do the Christmas shopping for their husbands’ families and plan their children’s play dates.

Female employees don’t just boost morale in the office; they are expected to fill in for co-workers in emergencies too. In a 2015 New York Times op-ed by Sheryl Sandberg and Adam Grant, they write, “When a woman declines to help a colleague, people like her less and her career suffers. But when a man says no, he faces no backlash.” You see, like in the domestic sphere, in the professional sphere, women are expected to take care of their coworkers like it’s their job.

This workplace dynamic is remarkably consistent with the dynamic in many households. As a woman in the workplace, you may feel pressured to do extra tasks, like picking up a birthday card for a colleague or filling in for him when he has to pick up a sick kid from daycare. Unfortunately, this is the labour many women have to do with a smile in order to keep their jobs or maintain positive performance reviews.

Sadly, office housework is a matter of professional survival for many of us, so while I think women who resist taking on this thankless labour are awesome, I also get why many feel they cannot resist it if they want to thrive professionally. I am not judging you if you feel you cannot refrain for taking one for the team more often than you may like. Jobs are hard to come by, and sometimes we all do extra work to keep them.

Having said all this, while it can sometimes be difficult for women to opt out of doing office housework, we don’t need to turn it into an adorable joke with cutesy labels like “Work Wife.” It’s just putting a friendly label on an insidious form of sexism, a form of sexism that leaves you with more work to do, and no professional credit to show for it. So the next time you find yourself tempted to refer to Megan from accounting as Mark from Sales’ Work Wife, maybe rethink that sentence.

At the end of the day, the guy who expects you to fill in for him at a moment’s notice and never remembers your birthday is not your husband. Unless you actually work with your spouse, you are not married to anyone at the office, so let’s all dispense with the term “Work Wife.” She’s not the woman we want to be.