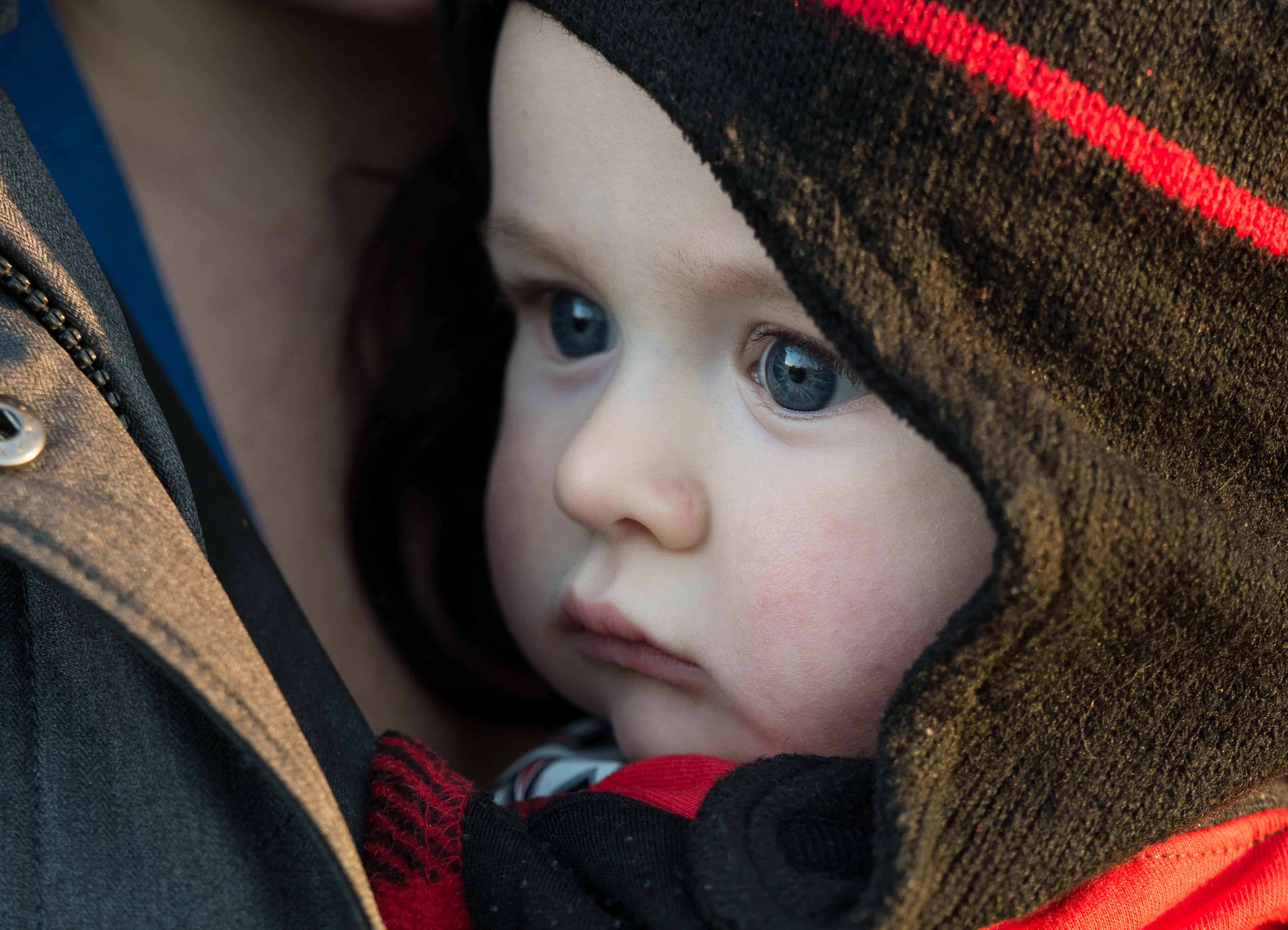 A World Through Brand New Eyes

One of the best (and worst) things about having a kid is viewing the world through new eyes. From the mesmerizing flicker of sunlight on the wall, to the wider view of a world going to shit, you tend to scan it all and wonder what your kid thinks of the whole glorious mess. You want to show them so many things.

When I found out I was pregnant, I pretty much immediately started amassing my pile of books: The Lorax, Blueberries For Sal, The Giving Tree. When he was a few months old, I’d read him Love You Forever by Robert Munsch, pointing at the picture of the big grown man cradling his tiny old mom. I’d be ugly-crying by the end, bawling into his downy tuft of hair.

In the evenings, when the Witching Hour(s) set in, I’d strap him to my chest and walk the city streets, pointing out the streetlights, the oak branches, the moon. Later, when he learned to walk, we would take slow, meandering strolls down the path along the railroad track, pausing every three seconds to admire a leaf, a rusted bottle cap, a discarded Cheetos wrapper. I’d try my best not to pass on my revulsion with certain insects: “Ah you’ve found a millipede! So many legs!” It was maddeningly mundane and starkly brilliant at the same time: What’s all this for? These objects we have created? These things growing here? What do they mean?

I would smile tightly when passing groups of scowling teens, huddled together smoking a joint. He would inevitably toddle up to them, holding up a pudgy hand. “Sorry,” I’d splutter, tugging him away. Sorry for what though? He would consider everything equally – everything merited attention. Everyone was worth getting to know.

One moment stands in relief from the others. We were on the beach on a hot August day, and he was about fifteen months old. The concept of personal property and space was somewhat murky at this point, so I was trying to keep him from bothering people as he lumbered along the beach. There was a woman sitting alone on the water’s edge. She looked as if she was about to cry. I figured she wanted to be left alone.

“C’mon Benji,” I called. “Let’s not get sand on this lady’s towel.” I tried to distract him with a plastic shovel. He pulled away and sat directly in front of her. “Da!” he said. And again, more insistent: “Da!” I started to apologize, when she looked at him and smiled. “Hello,” she said. “You’ve come to visit me.” Then he got up, retrieved a pebble from the water’s edge, and handed it to her. “Thank you for this,” she said with a Polish accent. “I will keep it always.” Then he sat down beside her, and lay his big head on her shoulder. “You are sent from God,” she said. “I was so down today and doubting myself. But I know babies don’t come to people who have bad energy, who are bad people. I hope you never change this way you are.”

Nowadays, I get excited when I see a concrete mixer. It’s something I would have never bothered with before. I point at the turning drum, the chute, and his eyes grow bright. I pick up acorns and press them into his hand. “Acorn.” I say. “Acorn!” he repeats. I get angry when I see a lone swan at the harbour’s edge, sitting atop a pile of garbage that’s been casually chucked in the lake. I see these things through his eyes and I want to put on a nice filter, but sometimes there are none to be found. I think of the cruelties – big and small – that he will witness in his life, and I wince.

And I wonder what he will think of it all.