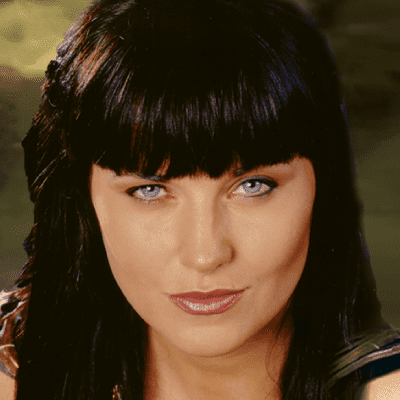 Xena: Warrior Princess Is Coming to FAN EXPO Canada! An Interview with the Legendary Lucy Lawless

The legendary Lucy Lawless (who rose to fame as the shockingly fit and take-no-shit Xena in the 1990s hit Xena: Warrior Princess, and who later won more hearts as D’Anna Biers [Number Three] in Battlestar Galactica and Lucretia in Spartacus: War of the Damned) will be heading to the Metro Toronto Convention Centre next week (August 30 to September 2) for the annual FAN EXPO Canada.

To say that she has a few fans would be a gross understatement. Lawless is an icon, and a real-life warrior who uses her platform for the greater good, but she often refers to herself as just a regular schmo. I caught up with the (perhaps most widely known?) New Zealander from the side of an Ontario country road. She was parked adjacent to a Tim Hortons, so we were able to chat for a few before her afternoon donut run. (Her first-ever at Timmies.) I wanted to ask her EVERYTHING.

JM: When did your love for acting begin?

LL: It’s something my friend Michelle and I did for fun. We put on little plays, and my mother helped organize entertainment for the elderly people in the community, so we would put on little shows and entertain the old ladies at the senior citizen club. I realized it was a job when my brothers remarked that somebody on television got paid a lot of money for a commercial, and I did a double take and went, “WHAT, THAT’S A JOB? I can do that! Any fool can do that!”

When you look back at your career, do you have a favourite chapter?

Every one of them is interesting in its own way. I like getting involved with the community. On a wonderful show called Salem, shot in Louisiana, I would have these parties with musicians, and 500 locals would show up! We called it Xenapalooza and would have these bands playing—it was amazing. All I’d do was put down a few hundred bucks of beer and there’d be so much activity! People bringing instruments and food. That was a favourite experience from a cultural point of view; it changed all my preconceptions of the south.

What is the most significant way Xena changed your life?

It gave me everything. It was the architecture, or infrastructure of my life: I met the man who would become my husband, and the children that came out of it, the house that we bought. It was a real springboard for a lot of other things, obviously. But mostly it was about the relationships that happened because of it; that crew became family for me.

What about Battlestar Galactica? How did being on that show shift your perspective?

That was fascinating. It was very cerebral and very dark. You’re out in space! We were shooting in Vancouver, working in the dark all day. You’d come out at night and it was DARK. 24/7, it was like living in bloody Reykjavik. That makes for a very interesting texture, which made it a completely different experience.

The most powerful thing was that it was really intense as well, working on a set like that, even though those people were as lovely as you’d get anywhere. The darkness and spaciness of it all influenced the culture.

Did being on Battlestar Galactica make you ask deep philosophical questions about our purpose?

It makes you look at what it is to be human, and particularly where AI is going. In the end, the robots turned out to be more human than the humans. That was a very interesting conundrum, and my character was always shooting herself in the head, so it was very much about what is life and what happens in between. LOTS of deep philosophical questions.

You are an icon to many, but certainly Xena, and how you talked about her to the media, grew your notoriety within the queer community. How did becoming a queer icon alter your path? How does it make you feel?

Yayyyy! [She gives a cheer when I mention being a queer icon.] I don’t like people being treated badly. I have a great kinship for people, even people I haven’t met, or haven’t been born, and I’m quite sure this is what made me an actor. I don’t know whether empathy is a projection of yourself, if that’s what makes me an actor, if that’s what makes me give life to these words, these actions, or if it’s learned, but I put myself into other people’s shoes and I don’t like them to be treated badly. They could be me.

You are very vocal about what is important to you. Was there anything specific that triggered your activism or has it always been there?

I’m going to answer that with a question: Who are you not to get off your ass and be on the side of justice, FOR EVERYBODY? GET OFF YOUR ASS! Especially if you’re lucky enough to be educated, to move in a society where there is free speech. WHO ARE YOU if you do not use that for the good of the community?

RAWWRRRR! Listen to Lucy. Still with a packed schedule of acting, she admits that her greatest enjoyment in life is watching her children grow up, and she has words to share for the younger generation trying to figure life out: “Don’t try to be anyone else! Be honest about what you’re good at, and then find an arena where you can do that passionately.” That said, if you want to dress up as Xena and meet Lucy at Fan Expo Canada, you definitely should. “Connecting with fans is really lovely, warm and humbling.” A big heart and fearlessness is a winning combination.

Go meet this extraordinary woman, and share with her how she’s impacted you. There’s a little Xena in all of us.

Fan Expo Canada is happening August 30 to September 2 at Toronto’s Metro Convention Centre. Find out all the details about Lucy’s appearances here.