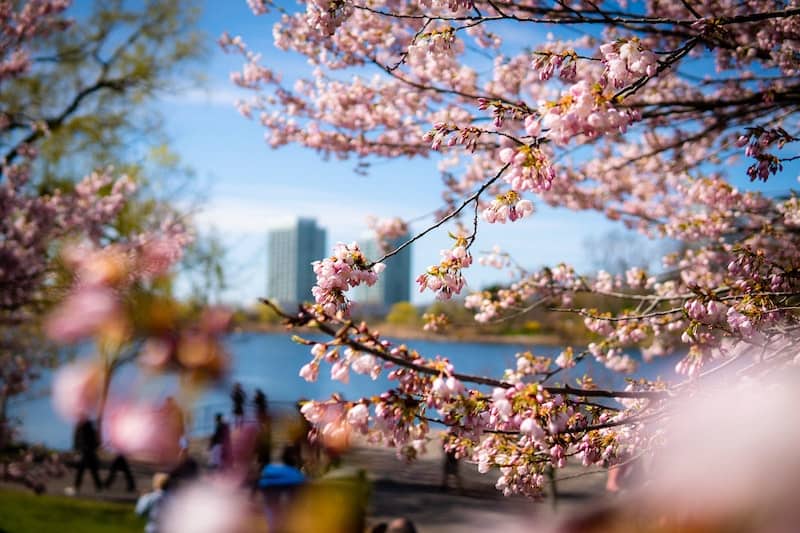 Photo of High Park in Spring by Brandon Law

There is healing power in music, and Vivaldi’s The Four Seasons always lifts us, holds us, and takes us on a spellbinding trip. If this sounds dramatic, it’s because it is; Vivaldi’s masterpiece is the definition of drama. Bathe in it, dance in it—the TSO’s performance of The Four Seasons is a sublime experience.

Unlike any of their other virtual concerts this past year, this TSO On-Demand event boasts beautiful visual elements, beyond the orchestra. “The experience aims to bring viewers into Vivaldi’s world through digital effects on stage as well as the inclusion of the composer’s own score markings, poetry that he likely wrote himself, and paintings that inspired him,” the TSO shares.

The digital affects are inspired by paintings by Marco Ricci, and provide an enchanting backdrop to the stage at Roy Thomson Hall. The other thing that makes this performance unique is that  the four sonnets are read by musicians in their native languages including English, French, Mandarin, and Japanese.

“The Four Seasons is a piece that has offered me new discoveries every time I perform it,” says TSO Concertmaster Jonathan Crow. “For example, having my colleagues in the Orchestra recite each of the sonnets in their native language felt like a message that Vivaldi would have appreciated—the universality of poetry and beauty.”

Bring this vibrant TSO performance into your home and fill the room with some of the world’s most beloved classical music.

This concert is approximately 60 minutes in length and will feature 21 musicians from the Orchestra. Tickets are priced at $20, and there is an option to gift a ticket to a loved one. Learn more about the TSO On Demand series.