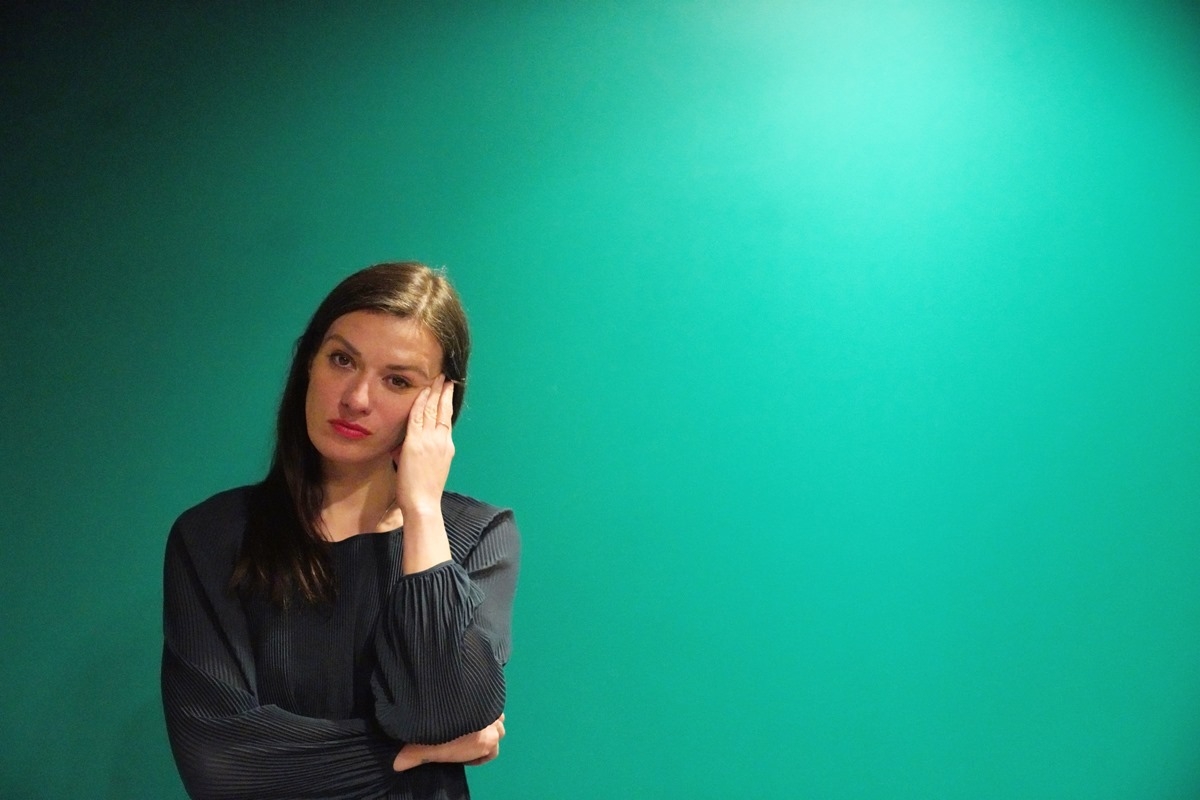 "After the novel came out, three men contacted me to ask if that was about them, one calling after six years of no contact, hearing me talk about 'Guy' on the CBC, chuffed that he was so unforgettable I produced a whole book about him! He also hadn’t read the book, but hey, he recognized himself in it nonetheless."
Books  Life Stories

“We trust you will govern yourself accordingly,”read the last line in the stern letter I received from the lawyer. Before my new novel even hit shelves, it angered some people.

Possessed is a book about one woman’s love obsession, sex, ghosts, mental illness and travel. A novella at first, it took years to publish, with numerous drafts and edits, countless hours of work, sleepless nights–I once joked that it was like being pregnant for six years, the relief and joy of having it come out was similar to giving birth. Or like getting your phD. The point is it was a lot of work. I’m proud of it. But somewhere out there was a man who believed that I shouldn’t publish this work because it is possibly about him. 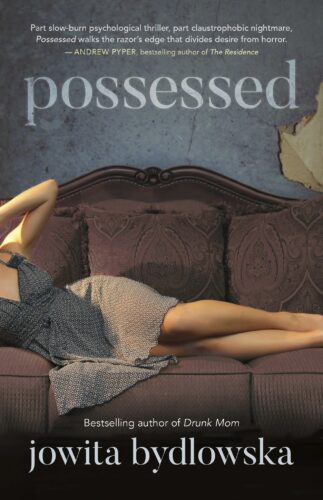 We trust you will govern yourself accordingly. I’ve read that line over and over.  It’s become a bit of a joke amongst close friends. “Jowita—govern yourself,” they text, and we laugh. But joking aside, the letter was perversely timed–it arrived in the body of an email the day before the novel’s publication.

Prior to the letter, I contacted that man to give him a heads-up about this piece right here because in its first draft, I had one line I wanted to run by him to make sure I worded it carefully. I wanted to run it by that ex because in the past, I’ve been approached by men who have thought I’ve written about them. The line was: “P was younger, an aspiring writer who had had trouble with substances just like me, we both liked similar kinds of music and had a dark sense of humour.”

It’s a description that could fit a lot of people, and sadly, a description that fits several of my past flings and relationships (bar the age—I don’t fixate on younger men), but it certainly isn’t specific. No one could easily pin it on one individual. I am also not a public person–and neither is he–although the second thing people seem to Google about me is “Bydlowska husband name,” after “Bydlowska, age” because that should somehow define me as a woman (some of you will probably go and Google that right now, that is fine). 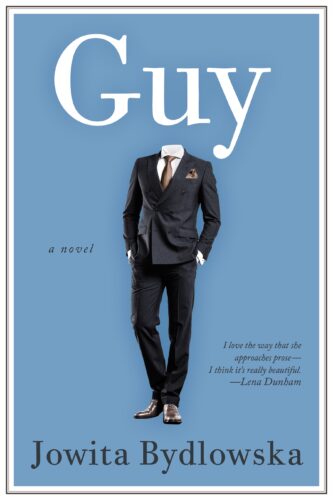 The truth is, I had also at one point told the letter guy that a character was in some ways inspired by him, the way lots of art gets inspired by real people. But he had never read my novel, not even in its novella draft. The legal letter seemed to imply that it was my novel (subject title: “Possessed”) he was upset about and threatened to sue over. The letter made me sound unhinged and like a stalker (yet even my fictional heroine doesn’t stoop down to actual stalking and, frankly, at one point in my life I had been afraid that the person behind the letter was the one who would potentially stalk me after his increasingly disturbing declarations of love but also hatred, after I had spurned him).

The part about governing myself accordingly was possibly a nuanced ask for me to withdraw the book. That was not going to happen. And neither will not publishing this, here, as I’m not defaming anyone, only talking about my genuine experience of being a female writer who writes about men and, often, a certain type of a man. I’m not a psychologist so I can’t diagnose anyone with a Narcissistic Personality Disorder, and the word “narcissist” gets so overused these days I cringe at it, but I can confidently say that the common denominator is not me writing thinly veiled portrays of exes but rather male ego, whether overblown, delusional or justified. I mostly write about cis-gendered characters (and in that way, I do write what I know) but in my almost two decades as a writer, I had never had a female friend decide that I had portrayed her or worse, defamed her in my work. I have had a few men decide just that.

My first book was a memoir. I had exacted a less than favourable personal narrative, describing myself in the vein of an “ordinary villain”, a mother who relapses on alcohol while trying to care for a baby. I gave the world my ugliest, least romantic side of myself, I didn’t apologize much nor did I ask for forgiveness. I wanted to be as honest as I could be because it wouldn’t serve my story to be anything but. If there ever was anyone who could get upset over my portrayal of someone it… should’ve been me. 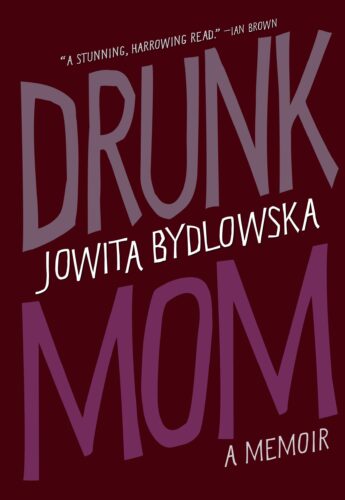 Some people really hated the main character. And despite putting on a front, that got to me too. And, eventually, I crumbled and drank again. For a while, I quit writing personal pieces for those reasons (too much self-exposure, public shaming–sample review line: “part of what kept me reading was to see if Bydlowska would ever solve the mystery of why she allowed herself to look so ugly, if indeed she was even aware of appearing that way.”).

After that book, I craved the freedom that fiction allowed; I wanted to be able to tell truths but through my made-up characters, not at the price of my own self-exploitation. As it turned out, even that is a problem if you identify as a woman, and especially a woman writer.

My second book had to be as much removed from my lived experience as possible so I wrote it from the point of view of a male chauvinist, a charming cad. After the novel came out, three men contacted me to ask if that was about them, one calling after six years of no contact, hearing me talk about Guy on the CBC, chuffed that he was so unforgettable I produced a whole book about him! He also hadn’t read the book, but hey, he recognized himself in it nonetheless. The two other men were people in my life who had read the book but who were also not that upset, possibly because my fictional character was very popular with women, successful and good in bed. Guy was also my last attempt at writing about cool guys; I thought I should introduce more nuance into my stories, talk about experiences that were familiar to me whether because of my own history or that of women in general.

Over the years, there have been a few more men (a few repetitions too) who would read a short story of mine and decide that yes, their presence in my life was so eventful these stories were definitely about them and that they were not fictional. There seemed to be a formula to it too: the shittier the man in the story, the more men would get in touch or even try to stop something from coming out (to date I’ve been threatened with only two lawsuits). I’ve been asked to change someone’s profession or a pastime, age or appearance. On one occasion a male beta reader (someone who reads your first drafts) had asked me to make a character’s penis larger because he believed himself to be based on that character. I have changed the character’s penis size in one story. It wasn’t important to the story (but a small dick is more fun to write about than a large one, so sue me).

I guess I am not entirely innocent. I have admitted to having been inspired by a real person–I admit to that with Possessed because it was influenced by my own heartbreak and very real feelings I’ve once had towards someone.

This is what artists do, they get inspired! By feelings. Sometimes by people but by the time a character makes it onto a page, even in a memoir, they are distilled to a few traits and behaviours that serve the story, its development and plot. There is that gray area of autofiction too–where characters are genuinely and sometimes blatantly based on real people–but, again, what is it about women daring to have a creative licence and just write whatever the fuck they want?  I know it’s weird that I need to have to explain it, but this is, again, a thing that women have to do because people assume women always write about themselves (unofficial poll but has anyone ever asked a male author if he suffers from mental illness because he writes about mentally unstable characters? Has anyone ever asked Nabokov if he was a rapist?).

I have contacted a defamation lawyer. We went over the letter. And, in the greatest twist of all twists, he suggested I include that anecdote in this article, in other words, for once, write about what I do know and have experienced.

Jowita Bydlowska is the author of Possessed (October 2022), the memoir Drunk Mom, and the novel GUY. She’s also a prolific short-story writer, journalist and a professor at the Creative School at TMU. She’s currently working on a novel tentatively called Monster and a non-fiction book about the topic of shame.

The launch for Possessed is on October 24th at 6:30 pm at Flying Books, 784 College St. Jowita will be interviewed by the legendary Lynn Crosbie.

"After the novel came out, three men contacted me to ask if that was about them, one calling after six years of no contact, hearing me talk about 'Guy' on the CBC, chuffed that he was so unforgettable I produced a whole book about him! He also hadn’t read the book, but hey, he recognized himself in it nonetheless."

I got COVID and the mental impacts were worse than the physical. Writing about it helps.