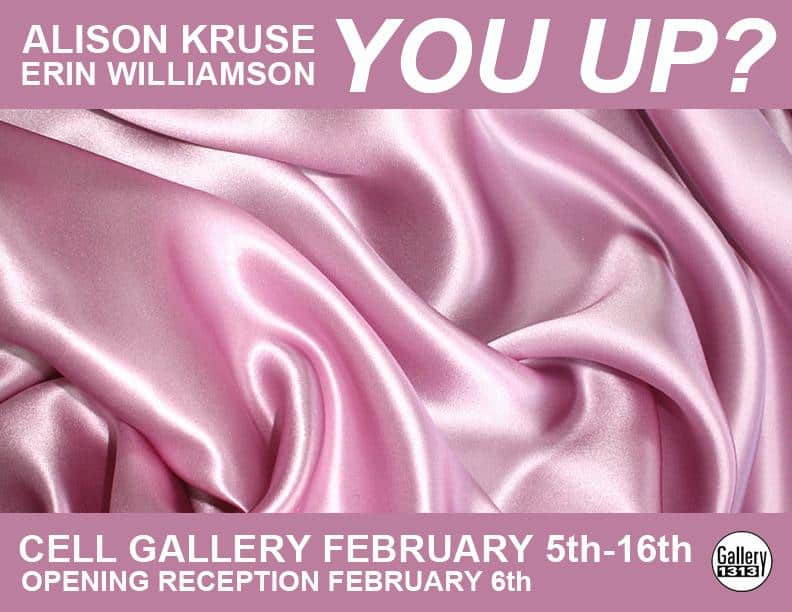 What’s in a late-night sext? And how has modern-day romance shifted since 3a.m. smartphone booty calls became a social norm? Artists Erin Williamson and Alison Kruse have teamed up for a collaborative exhibition at Cell Gallery (part of Gallery 1313) to deconstruct contemporary casual sex, exploring how it affects our emotions, stability, and more.

In terms of how the artists are digging at the culture, Williamson has created textiles that show a series of messages, or as the press release describes, “the last text received from various past lovers or romantically-involved friends.” The textiles are presented as  hand-stitched messages on pillows, to show the “notion of intimacy and vulnerability represented by ‘the bed.'”

Kruse has responded to the texts in a different way: through illustration.  The text messages elicited a wide range of feelings for Kruse, including rage, disappointment, pain, curiosity, and disgust—to name a few. She’s channeled those feelings into a  a series of illustrations and hopes her work will “share the unnatural complexities of hook up culture”, while also forcing everyone to evaluate the fascination, and allure, with said culture.