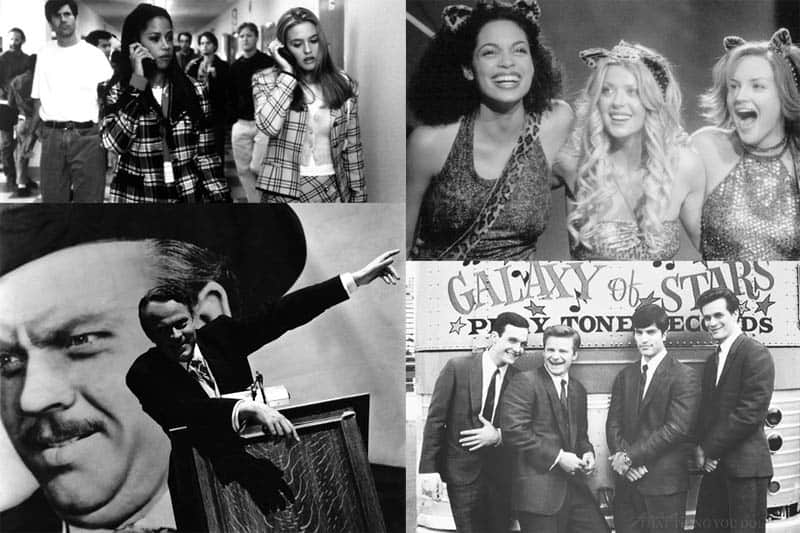 Your Mid-Summer Reminder To Go See Some Cool Movies Outside

Ah, ye olde outdoor cinema. That most wonderful of warm-weather traditions. The scene may have evolved from the traditional necking-under-the-stars-with-one-foot-out-the-window, but the glory remains. Here are some outdoor screenings coming up that you shouldn’t miss.

If you’ve seen this classic, you already know why it’s a staple of first year film classes everywhere. If you haven’t, you’re about to understand a bunch of Simpson’s jokes. Citizen Kane screens on August 2nd at 9:30 pm on the Junction Train Platform.

Clueless at TIFF in the Park

We’ve already made a big deal about TIFF’s rom-com themed Tiff in the Park series, but this is the biggest of the deals. Clueless screens August 7th at 9 pm at David Pecaut Square.

That Thing You Do and Josie and the Pussycats at Harbourfront

Two of the greatest music movies of my youth (I could sing you all the songs from each one and it would be startlingly accurate and uncomfortable for both of us). Catch the imagined 1964 version of Blurred Lines on August 14th, and the ladies from Riverdale on August 21st. Both screenings are at 9 pm at the Westjet Stage at Harbourfront Centre.