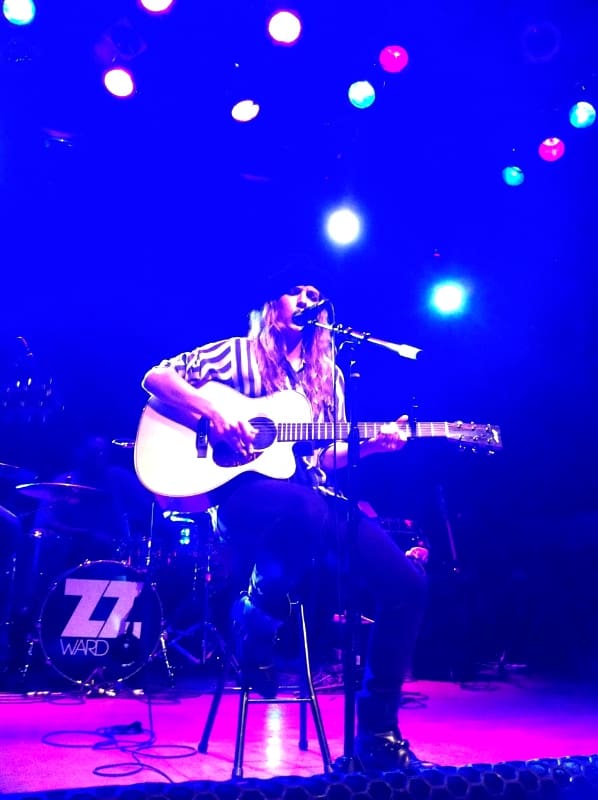 ZZ Ward sings the blues at the Mod Club

The best kind of shows are the ones that bring out all demographics. Case in point: ZZ Ward at the Mod Club last night. The 24-year-old singer-songwriter has been compared to everyone from Adele to Fiona Apple, so it’s no surprise that her music has wide appeal.

Currently on the road with Delta Rae, ZZ has sold out every show along her tour down to SXSW. If Thursday’s show at the Mod Club is any indication, you’ll be seeing and hearing her everywhere very soon.

Her setlist included the stunning acoustic offering “Save My Life,” “Charlie Ain’t Home” (her response to Etta James’ “Waiting For Charlie”), a very authentic cover of Son House’s “Grinnin’ in Your Face,” and her hit “Put the Gun Down,” to name a few. She revealed that several of her songs were written about a certain person who broke her heart, and I’m sure he’s kicking himself now.

ZZ’s hour-long set was not only a testament to her voice (it might have been one of the best vocal performances I’ve seen live) but also her stage presence, which commanded the attention of the entire venue. She engaged with the audience, rocked out with her band, and showed off her ability to play everything from guitar to keyboard to harmonica. She may hail from Oregon, but the girl does the blues justice.

Check out our Q&A with ZZ Ward here.