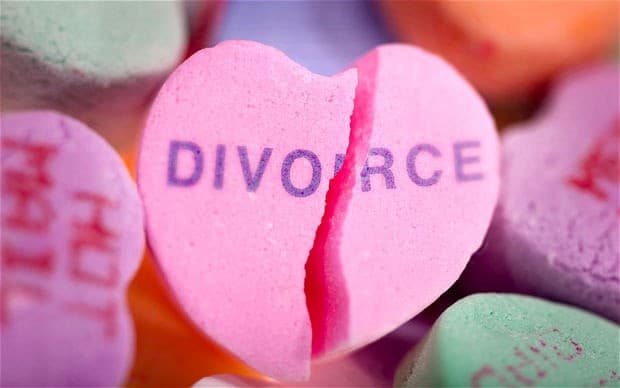 3 Things My Parents’ Divorce Taught Me About Love

I was a gawky, fumbling freshman in high school when I became a child of divorce.

At the time, it was rare, and almost unheard of in my paltry suburban bubble. I was the only one in my clique whose mom and dad lived in separate houses. And while my memories of that period are punctuated with melancholy, mostly what I recall is a passive, almost peaceful lull.

I was never one of those teenagers who wanted my parents to get back together — they were happier apart. But it is only now that I realize those grievances filed by my small, broken family have manifest deeply, sprouting up as I traverse relationships of my own.

Here are three things my parents’ divorce taught me about love.

There is no archetypal paragon of love
As children of divorce, we are often branded as being wary of commitment and marriage. And they’re not wrong, but that doesn’t mean they’re right. Simply put, love looks different. There is no model for getting it nor giving it. A disjointed upbringing scoops out the parts of you that you didn’t know you had, didn’t know you could miss.

So you forage for love at every opportunity. At its base, marriage is a legal or religious representation of commitment, but if you’ve lived through divorce, you know that commitment can be flimsy. Striving for a spouse and 2.3 children with a white picket fence feels like a wild goose chase because we know traditional, conventional love is not the only way — or the right way — to love.

The soulmate is a myth
In love, a soulmate is akin to a unicorn. And no matter what Nora Ephron tells you, on this populated planet there are more than a handful of people that will be compatible (statistically speaking). Chances are, you won’t even meet the One(s). And souls being all eternal and omnipresent and whatnot, wouldn’t it also be plausible that some soulmates should get their timelines or geographies mixed up? What if the love of my life died in the Seven Years’ War? What if Anderson Cooper was straight?

It is almost more poetic to think the opposite, to have multiple soulmates. It is as if you are saying to the person you hope to grow old with that, “Sure, there are a few folks out there who are right for me, but I think you’re hot and cool and I want to make it work with you.” Romantic, right?

Love is fleeting, so get your kicks
Nothing gold can stay. If you are a divorcee, I’d wager it wasn’t all that “gold” to begin with. But there were moments, fleeting glimpses. There had to be. Growing up in a scattered home yields this lesson quickly.

Someone broke my heart for the first time. Then I broke someone else’s heart. We were like drunks stumbling around a blindingly bright and loud Las Vegas strip. But these things came to an end, as most things are wont to do. Marriage, after all, is ‘til death do us part. Years later, my parents get along fine and only have nice things to say to and about each other. They’ve nestled into a civil harmony.

That bracing thrill of loving and being loved, right now, is too intoxicating. We are not doomed to repeat erred histories.