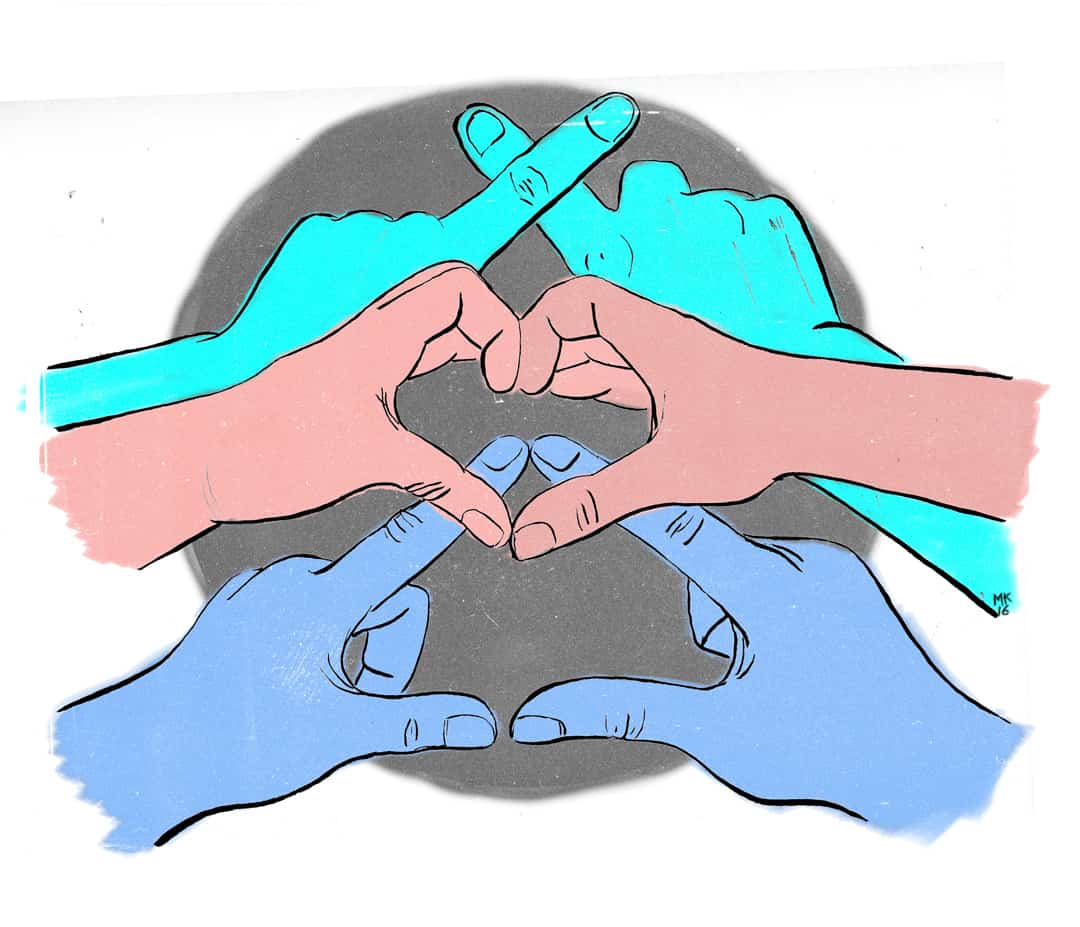 Adult Learning: Panic is not passion. Boredom is not comfort.

Eight months ago, I did a terrible thing and had a two-month affair while I was with my boyfriend of almost four years. I wanted to move forward, move in together, plan a future, etc. while my then-boyfriend refused on the grounds that he was getting his PhD and wasn’t ready for any major life changes. Also, I wasn’t the best behaved (lots of self-absorption and flirting with other people, which likely could have been the real reason he didn’t want to get more serious).

He had so many qualities I admire – smart, funny, interesting, great taste in art, kind, babely – but he just didn’t make me feel like I mattered enough. He would complain about coming to my family events, never wanted to hang out with my friends, barely invited me to hang out with his, and wouldn’t even pretend to take an interest in my interests. Basically, he was a super cool selfish baby; however, I loved him because he was intellectually stimulating, and I am super into that.

Instead of being a grown-ass woman and finding self worth independent of my then-bf, I cheated with a guy who treated me like gold, until I dumped my ex the night he forgot to show up to a major event in my life.

Eight months later, I have done a lot of emotional work to come to terms with my dishonesty, and I have really come to value myself. I spent the summer alone, immersed in my work and learning how to feel satisfied and fulfilled alone and I feel I was successful in that regard. BUT! Then-bf doesn’t know I cheated and I think that’s for the best. We still hang out and get on great as friends, but we still fool around and remain attracted to each other. However, Affair Guy and I ALSO hang out and fool around, but with him it’s more complicated because I know he has real feelings for me. I WANT to love Affair Guy. He is kind, ultra feminist, finds ME intellectually stimulating, and treats me so well, but the chemistry just isn’t there, probably because he’s not as intellectually challenging as my ex. The chemistry is still there with my ex, who will likely never treat me as well as Affair Guy.

I fear I am in the same love-triangle as when I was cheating, only now it’s not technically “cheating” since neither of these guys is my boyfriend. I tell myself I’m done with dishonesty, but obviously I am still being sneaky because neither guy knows that I’m fooling around with the other.

Truthfully, because of the history and chemistry and how much I’ve learned about communication, I would love to have a second chance with my ex. But I also fear that I would be making a BIG mistake letting go of Affair Guy, who cares deeply for me. Maybe I should start fresh with someone new, but I legit worry that truly feminist guys are SO hard to find. I’ve found one who loves me, even if he can be a bit boring – can I learn to love him, despite still being in love with my ex and secretly wishing we can try again as hopefully better people? I don’t want to hurt anyone with my crappy impulse control and I fear that’s where this is headed.

Signed,
Out Of Effing Control

I just wanna wrap you in a blanket and give you a tea and put a cat on you. You have so much going on in your head and your heart right now that it is a wonder you are able to function, let alone write it all down.

First, it’s going to be so hard for you to get any perspective on this situation when you’ve got yourself in kind of a permanent state of disaster about it. There is a lot of solid research on the fact that when we are in crisis, we aren’t really able to imagine very far in the future. Dr. John Gottman, whom I love and have written about extensively, calls this “flooding.” Basically, our cerebral cortex goes offline and the following things happen:

I’m not saying you are constantly panicking, but everything about your love/sex life probably feels like an emergency right now, and you can’t navigate from here. In this state, you are incapable of processing cause and effect. You can’t help it. All you can do is remove the stressors and uncoil and reset.

This is for sure something I wish I had learned twenty years ago. So many times in my life I have created disasters for myself and others, because I was trying to stave off abandonment without actually having a clue about how to do that. A highlights reel involves an affair with an author twice my age (to whom I ended up lending a lot of money), a decade-long dysfunctional relationship with a dude (whom I met on a wrong number), and spending my evenings with a man I was married to and my daytimes secretly with the man I was in love with (whom I met four days after said wedding).

It’s this last one that sounds the most like where you are at right now. Neither of these guys can really meet your needs, so you are kind of straddling them both (uh), in order to get the love you need from one and the intellectual stimulation you want from the other. I know this demented joint custody situation well, and believe me when I tell you that it ends in tears, literally.

All of the reasons you gave for splitting up with your ex-boyfriend sound like good ones, and I don’t think most of them will be cleared up by you working on your “communication issues” alone. It is for sure not cool that you were cheating on him for part of the relationship, but it doesn’t sound like taking that out of the equation makes it a good relationship. Spend some time reading and re-reading the glorious Jess Beaulieu’s “Date Someone Who Thinks You Are Fucking Amazing,” and realize your ex is not that guy.

Conversely, you don’t think Affair Guy is fucking amazing, and he should be with someone who does. While you recognize that he has some great politics, which are sadly hard to find in dudes, he doesn’t sound like someone you have a lot of respect for. And without that respect, I think you are pretty unlikely to fall in love with him, no matter how much you think you should. Throw him back in the water for someone else, for the sake of sisterhood.

It’s hard to navigate this world when you only really know what you want in opposition to other things. The attachment anxiety that you feel for your ex mimics the passion you lack for Affair Guy. The lack of enthusiasm for Affair Guy is easily mistaken for the comfort that is lacking with your ex.

I think you have set yourself up in a false binary, where you are either with one of them or the other, but honestly, even though these men are taking up so much space in your heart and brain, neither sound like a very good match for you. And I think you won’t be able to get a clear picture of what would be a good match for you while you are still ricocheting between them (while keeping a big secret from both of them).

I know it can be scary to think about starting all over with someone new. And it can be even scarier to think about being alone. But if you are going to build a radical life for yourself, you can’t do it while forcing yourself to compromise on core traits you need a partner to have.

Feel free to ignore this entire paragraph, but I want to say that if infidelity is a pattern for you (and I have no idea if it is!), maybe you never want to be monogamous again? I am loath to prescribe non-monogamy to anyone, lest I sound like a smug non-monogamous person. But I think it’s a good thing for everyone to consider when they are hitting a love-life-reset-button. That is not to say it is a magic spell where suddenly disclosure is effortless and every relationship is celebrated without hesitation, but it might be a better framework for you to jump off from.

No matter what you do, please don’t use that genius brain of yours to rationalize any more poor decision-making! You deserve better. <3

All the best,
Audra

Have a question for Adult Learning? Send Audra an email: ask.adult.learning@gmail.com.