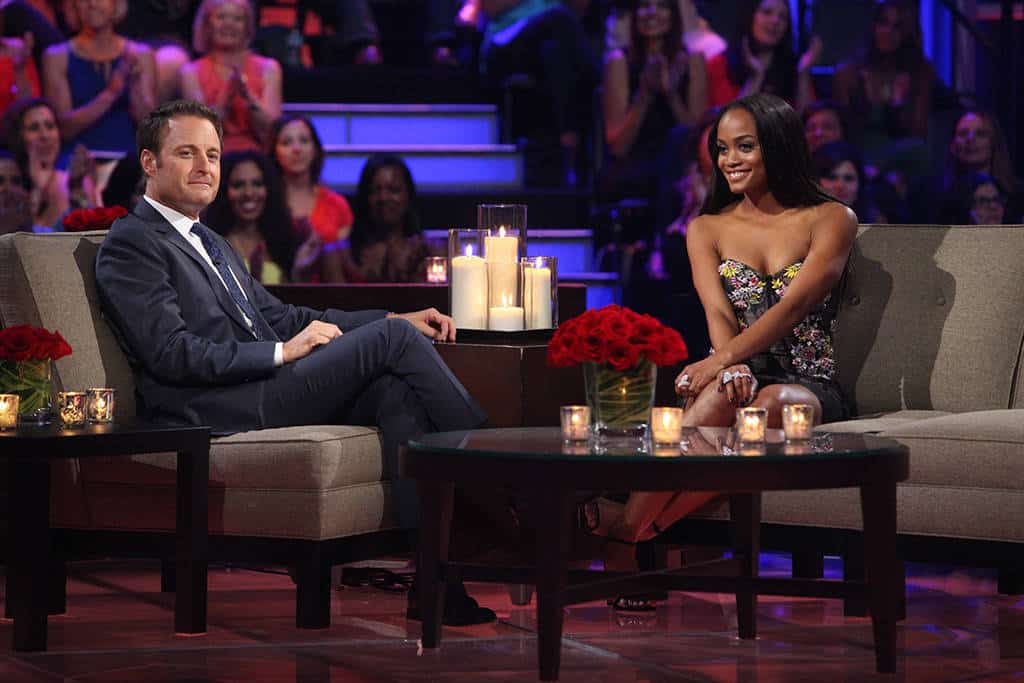 The Bachelorette Recap: The Men Tell All

Watching “The Men Tell All” is like watching helplessly as your home goes up in flames. It is reliably the most disquieting installment of any season of The Bachelorette. In theory, it is a “reunion episode,” which provides a benign opportunity for former contestants to reminisce by spilling more tea than a broken teapot; however, in reality, it becomes an aggressively hot mess.

Of course, there were some highlights to this year’s “The Men Tell All.” I was delighted that both Diggy and his adorable bowtie were in attendance. How I have missed that dynamic duo! We also had the opportunity to meet with Kenny and his charming daughter McKenzie. Chris Harrison even gifted the precious pair with a trip to Disneyland in honour of Kenny’s birthday. I may or may not have teared up at that part. But these aforementioned highlights were few and far between.

The overwhelming majority of the episode was the television equivalent of spending Thanksgiving with your racist uncle Albert. It goes without saying that all that bigotry came courtesy of Lee. As you may recall, Lee is the contestant who came under fire for tweets comparing the NAACP to the KKK. Oh, and he basically said all feminists were ugly. Lee is an inclusive hatemonger committed to spreading his vitriol around the entire activist community.

Lee has used his social media accounts to spew more alternative facts than some members of the Trump Administration. He is a corrosive force in the world, and he doesn’t deserve to breathe the same air as our girl Rachel. But controversy makes for watchable–if not good–TV. Consequently, the producers gave Lee centre stage at The Men Tell All. But was that a morally justifiable choice? Methinks not.

There was admittedly some lip service to wokeness; host Chris Harrison tried to portray his interview with Lee as an intervention. Harrison read samples of Lee’s most despicable tweets aloud. Next, the other men explained how “offensive” and “blasphemous” his worldview was. But none of these attempts to reason with Lee were productive.

Lee sat calmly in the centre of the studio, insisting he doesn’t actually “like” racism. He glided past the Twitter comments that prove otherwise and insisted he went on The Bachelorette to find love, when we all know he really wanted fame. While Rachel offered to give Lee a history lesson on racism and women’s rights, anyone who has a racist relative knows it’s unlikely Lee will follow through on his promises to educate himself. The show needlessly read the Tweets of a bigot and has nothing to show for it.

While I sympathize with the desire to call out offensive comments, devoting a quarter of an episode to a loud-mouthed dirt bag only gives him the attention he craves. Lee is a thirty-year-old man; if he wanted to learn about race and gender issues, he would have Googled them by now. He is not a lost soul in need of guidance; he is willfully ignorant. Lee expresses the views of a white supremacist, and no good can come from giving him free publicity. Let us not make Instagram stars of assholes.

After the Lee drama, the rest of the episode was basically filler. It goes without saying that Rachel had the requisite chat with the recently rejected Dean. Dean’s still sore about being dumped in The Final Four. While I appreciate that having so many handsome men fight for your affections must be confusing, I wish Rachel hadn’t gotten Dean’s hopes up. Telling someone you’re falling in love with them mere days before you dump them isn’t good for anyone. That young chap is so demoralized that he agreed to go on Bachelor in Paradise! It’s bad enough the boy lost Rachel, he shouldn’t have to lose his dignity too!

Well dear readers, we have almost come to the end of our Bachelorette recapping time together. Who will Rachel choose? How will we endure the wait for next week’s finale? These questions will define the following six days for the members of Bachelor Nation. I haven’t been this stressed since waiting for the results of my last home pregnancy test! Let’s keep our fingers crossed that our girl Rachel chooses somebody worthy of her awesomeness.