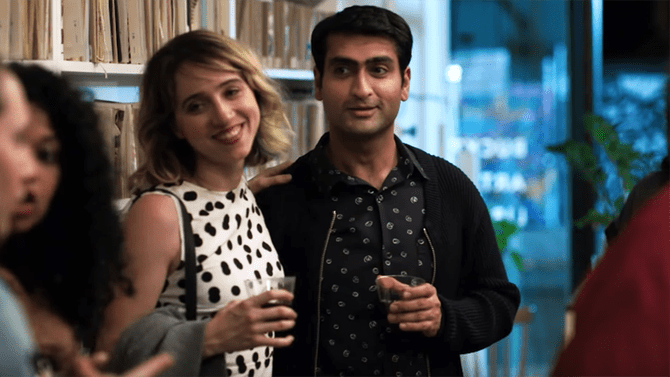 Romantic comedy is a life-affirming genre that says, “Yes, life can be hard. You and your lover will have some misunderstandings and obstacles, but it’s worth it, isn’t it?” It is the most unfailingly joyful cinematic genre, and that is why it is such a shame that for so long, these films have told the love stories of primarily straight, white, cisgendered, able-bodied people who are so traditionally attractive, they don’t look real. This is why a movie like The Big Sick is both refreshing, and important.

As an avid moviegoer, with a special spot for rom-coms, I feel confident saying that The Big Sick is the best romantic comedy since The F-Word, which incidentally also starred Zoe Kazan. It is charming, laugh-out-loud funny, and gives us the perfect mix of sexy and sweet. But in addition to being all those things, it’s a transformational text, and the first mainstream American romantic comedy to star a Muslim man. That’s why we should all support the film by giving it our money. We need to prove to Hollywood that it can and should make more diverse movies.

Based on the true story of how writer and actor Kumail Nanijani’s real-life wife ended up in a coma while they were dating, the film provides one of the best representations of a Muslim family ever to exist in mainstream popular culture.

Playing himself, Nanijani makes a charismatic and dynamic leading man. He is an aspiring standup comedian who immigrated to America with his parents and brother in his teens. He performs at comedy clubs each night while working as an Uber driving to pay the bills. Kumail’s family, however, would prefer it if he went to law school and agreed to an arranged marriage.

Nanijani loves his family. They are not vilified, nor are they reduced to cartoons whose accents are passed off as punchlines. Both Kumail and his parents are given ample opportunity to explain their perspectives on screen. While Kumail’s parents may espouse a different worldview from their son, they are not painted as less human or less intelligent for having different beliefs.

Beyond giving audiences a new perspective of Muslim life on the big screen, The Big Sick also resists many of the tired and sexist tropes that reduce leading ladies to manic pixie dream girls. Kazan’s character, Emily, isn’t presented as a two-dimensional prize to be won. She is given ample screen time to assert her agency and go through her own process of introspection. In addition, she gets some of the movie’s best lines. In a lesser film, Kazan may have simply sat there and looked pretty while Kumail got all the laughs.

So if you’re in the market for a movie this summer, please go see The Big Sick. We cinephiles must unite to show the film industry that we are here for diversity.