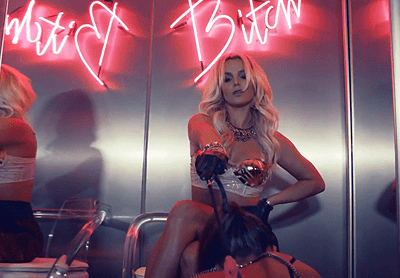 “Bitch” (And Other Words I Wish I Could Un-Say)

The “wrong thing” has often emerged from the depths of my throat. Just this past week, I uttered something I cannot recant or slurp back up.

The words tasted like arsenic. I offered it as a disclaimer, to maintain a modicum of dignity after a hotly-contested memo made its rounds. To spare you the humdrum innerworkings of my office, all you need to know is that my note was brief, succinct, and pointed to an intern’s unforgivable editorial faux pas. Thinking back, it came off a little more curt than I would have liked. I laughed it off, hoping for one of those it’s-not-personal-it’s-just-business pardons.

The phrase rolled over and off my tongue, a steely yet delicate pearl.

To begin with, it was a lie – told for the necessary and justifiable end of severing unwanted tension. My coworkers all laughed and laughed. I was promptly forgiven for my purported rudeness. But no matter how I tried to spin it, I could give myself no vindication.

I knew why I had wanted to say it, even if my alibi was thinner than a moth’s wing. So why did I wish I could un-say it?

The English language perpetuates silly tropes like these, with the scales tipped far away from women. My personal brand of feminism, however, has me reclaiming words that might otherwise be considered offensive. “Cunt” and “bitch” and “slut”, to name a few. Let’s take back ownership over these words, I would think.

And then I lamented from the rooftops that I was a Bitch, with a capital B.

It was brushed off. It was accepted as a totem of my womanhood, chalked up to the docile militant code by which we women tailor all of our interactions with each other. The only other time I’ve felt so betrayed was when my dad asked a 14-year-old me whether I was “really upset” or “just PMS-ing”? (Cut my pops some slack: He’s the only man I’ve met, so far, who will go to the drugstore to purchase tampons for his three daughters at the drop of a hat.)

A man would never say “I’m a bitch.” A confident, sexless boss would sooner swallow a yellow snowball than those words. There were so many other words I could have used; “asshole” would have at least been gender neutral. Yet here I was, a woman with some clout, flippantly spitting fire.

I felt like a fraud. Still do. Making matters worse is that I’m not sure the word “bitch” won’t bubble forth in the future. For today, though, I am content to call myself a “dick.”