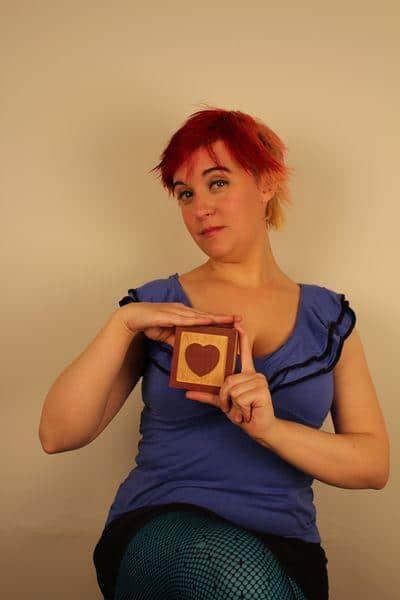 Date Lab: Why Did No One Tell Me I Deserved More?

Over the last few months, I’ve been on dates with lots of different women. I’ve learned various ways to disguise my sweaty palms and how to comfortably (at least on the outside) ask out intimidatingly awesome strangers stone-cold sober. I have been accepted and rejected and spent perfect summer evenings laughing until my sides hurt with women whom I would have been too nervous to make eye contact with a few short months ago.

If we were in an 80s movie, this would be where the music would crescendo and I would be in a freeze frame with a fist raised triumphantly. Yes, I know that was only in The Breakfast Club, but I think we can all agree John Bender dresses picture-perfect casual butch.

But despite all the fun I’ve had this summer, all the great conversations and the confidence building, there is no Breakfast Club soundtrack underscored moment. Not even that one Wang Chung song. In fact, I’ve found myself…kinda sad.

It has nothing to do with the women I’ve gone on dates with. They’ve been amazing. Some were more fun than others, some were a bit awkward and some of them were with women I had little in common with. However, none of them were the uncomfortable, disastrous, wastes of time I’ve had with men.

There was the hilarious, brilliant and intimidatingly cool “E” who accepted my dorky suggestion of an evening at the Chuck-E-Cheese for adults arcade, Dave and Busters. We spent the evening swapping stories, playing skeeball, posing for photo booth pictures and laughing our asses off. I have never had as much silly fun on a date. E has a fascinating life and has the greatest stories you’ve ever heard, but she is never smug or condescending about how many amazing adventures she has had. She is also a minister, and when she speaks about her faith, it sounds beautiful and welcoming and comforting. She is so rad.

There was the delightful and lovely “S” who set up a delicious and picture-perfect picnic in Trinity Bellwoods and treated me to a rune reading by the park’s own reader. Much like with E, the conversation was easy and comfortable. S put a lot of work into setting up a beautiful and memorable date; however, unlike special dates I have had with men, there weren’t the constant verbal cues to admire how hard she worked. S is thoughtful and smart and has a way of making casually hilarious observations that have you quoting her days later.

There was the elegant and sweet “L” with an encyclopedic knowledge of the Toronto art scene. We enjoyed a delicious dinner and giggle about our shared insider knowledge of the theatre scene. L is passionate about art, but she doesn’t talk over me with her opinions or shame me for not having some obscure bit of knowledge she has or for liking something “too mainstream.” I was so comfortable around her I ordered a big messy burger, even though there was a good chance I’d clumsily spill something on myself.

There was one date with a woman who spent the entirety of our evening talking about herself, only taking a break to ravenously devour her appetizer and steak and then excuse herself to take a twenty-minute phone call (or maybe it was longer). At the twenty-minute mark, I paid the bill and left. That was only one date out of many this summer. And I can’t tell you how many dates I’ve had with dudes who “forgot their wallet at home.” Note to self, never date a dude comedian again.

So, after such a fun and exciting summer, why am I so sad? The truth is, I’m not sad for current me. I’m sad for past me. Why didn’t anyone tell me I deserved more?

Why did I spend so many years in shitty relationships with men who treated me okay at best? Why didn’t I end relationships that had passed their “best sell by date,” instead assuming that a relationship that was slowly decaying was the best I could expect? Why did I spend years being little more than a bobble head doll quietly listening to dull braggarts list off their accomplishments while they got drunk off cheap beer and I nursed one white wine? Why was that date always at a bar that took me an hour to get to because it was close to his apartment and he “had to get up in the morning”?

Why have I accepted so little? Why did I work so hard planning a special birthday party for a boyfriend, spending hours making sure that every detail was exactly as he wanted it, just to have him ignore me the entire time and then get mad at me for being upset on his “special day”?

I stuck around through a lot of crap because I truly believed that there were very few “good guys” out there and the really good ones wouldn’t choose me. So I accepted crumbs and worked as hard as I could to try and assemble them into something satisfying.

I won’t do that anymore.

I have learned a lot this summer: I can be rejected without it destroying my self-esteem, I can fix a fancy cocktail, carry on a conversation even when I feel nervous and I can successfully ask a beautiful woman out on a date just by being myself. But the most important thing I learned is that we all deserve to be treated well. Women, women-identified folks, gender queers, whoever you are, however you identify, you deserve to be treated well.

So, now, after these months of learning, and a few weeks of processing, I stand at the edge of the football field of my own experience. Still a little sad, but with my fist raised triumphantly anyway.