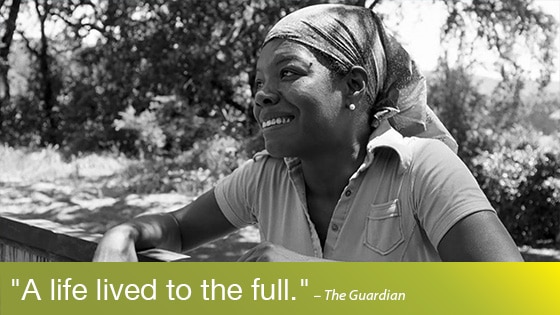 This month, Hot Docs Ted Rogers Cinema (506 Bloor St. W) is screening some incredible films. Make sure you check out Maya Angelou: And Still I Rise opening this weekend:

In this first ever feature about the peerless civil rights icon, directors Rita Coburn-Whack and Bob Hercules trace Angelou’s brutally hardscrabble roots in Depression-era South to coordinator for Martin Luther King’s Southern Christian Leadership Conference, comrade of Malcolm X and eyewitness to the Watts riots. Angelou’s life has uncannily intersected with some of the most profound moments in American civil rights history. Look forward to fantastic interviews with Bill and Hillary Clinton and Oprah Winfrey, as well as a treasure trove of archival footage. There couldn’t be a better time to celebrate this incredible woman, a beacon of wisdom and hope.