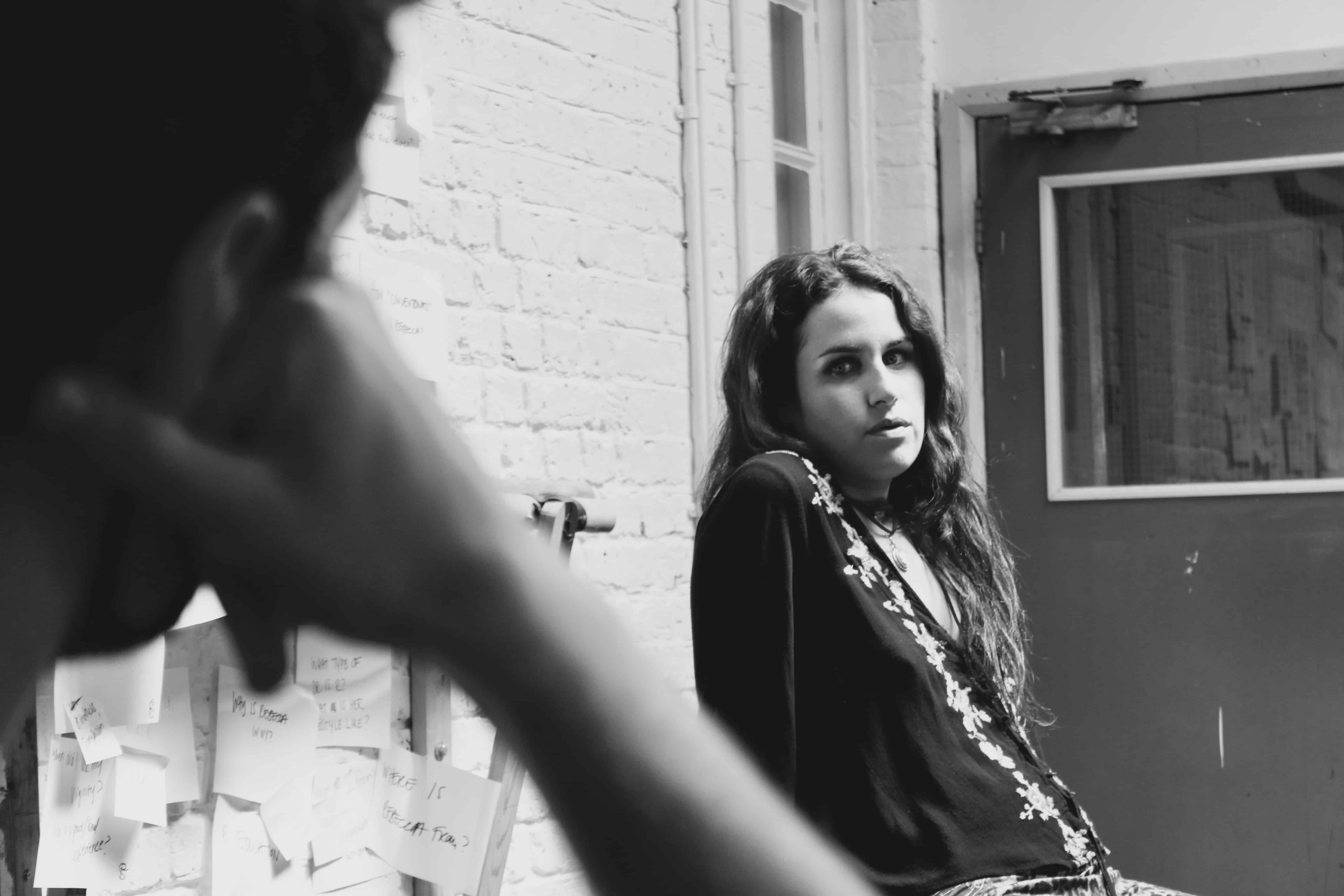 From Freud’s hysteria to incarcerated unwed mothers in asylums — throughout history, women who enjoy sex for its’ own sake have been chastised, classified as hysterical — even imprisoned. A new play directed by Hannah Price, Permanence, examines contemporary gender stereotypes, asking why there are still different rules for men and women.

SDTC: Briefly, what is Permanence about?

HP: Permanence is about a woman who loves sex and doesn’t want to give up sex with multiple partners for a long term relationship. Nor does she see why she should. We meet her as she meets a man she’s very very attracted to, and as life throws her a massive curveball.

What drew you to this play?

I was first sent the play by Sam, who plays Rebecca. As the play is set in the 90’s we ended up having a very long, detailed conversation about how sex has changed since then. Technology has had an enormous effect on how single people now find sex, but have attitudes towards sex- and particularly women and sex- really changed? We weren’t all that sure, and that was very compelling.

Why are we still so reserved when it comes to women’s sexuality, despite outward protestations that we’re open-minded?

This question is something that we spent a lot of time thinking about. We read articles and research, watched TED talks on everything from why male Bonobo monkeys are very sexually violent, to detailed biological studies on women’s libidos (which, contrary to popular opinion, fare much better in long term relationships than men’s). I personally think that society’s understanding of sex is still very much filtered through a religious sense of morality, and that that morality is still ingrained in fear.

What role does internalised misogyny play in forming our own sexual attitudes?

Oh, loads I think. This is very much discussed in the play. The character of Rebecca finds sex a physical relief from emotion. This in itself (outside of morality?) is surely nothing worse than other forms of physical exercise undertaken for the same end? Yet at times she feels enormous shame. After polling the women in the room (and men) there was not one of us who hadn’t associated sex with shame at one point. For the women phrases like ‘respecting ourselves’ and being ‘revealed’ as ‘a bit of a slut’ were phrases that came up often. For the men it was about how they misused their partner on an emotional level or disappointed their expectations of what the encounter was. We are still told that as women we are valued in a different way from men, and much of our value is bound up in our bodies, and ultimately what is between our legs. Ironically this is also the source of why we are undervalued. Fourth wave feminism is often said to have created a ‘call out’ culture where sexism and misogyny are held up to scrutiny- and thank God, as I think there is so much to still be ‘called out’. Little girls are still encouraged to be pretty and good and clean, and little boys to be adventurous and ambitious. Children’s magazines still have those messages on their covers. It still starts in childhood, and continues into adulthood as we are told that it’s OK for powerful men to grab us by our pussies, and powerful women should stay in their lane. While we are still told that our bodies are both our greatest commodities and yet owned by men in suits who decide our reproductive rights, women are going to find that internalised misogyny is very difficult to let go of.

I hope they understand that the play doesn’t have an answer or even try to find one. The world Cyd has created is a personal one, between two consenting adults. But they are unable to keep the outside from coming into that little world and asking them to decide how they want to live: inside or outside cultural norms, and inside or outside the cultural norms they’ve internalised. The play is not a judgement or a solution; it just asks us to consider how we view sex and why. On a lighter note – I also hope the audience sees the humour and warmth in the piece, these brilliant actors and this brilliant writer have created a lovely, warm, funny little world in which a large question is looming.

The Canadian premiere of Permanence (direct from London) comes to Tarragon Theatre (30 Bridgman Ave) from July 19 – August 6, 2017. Get tickets here.