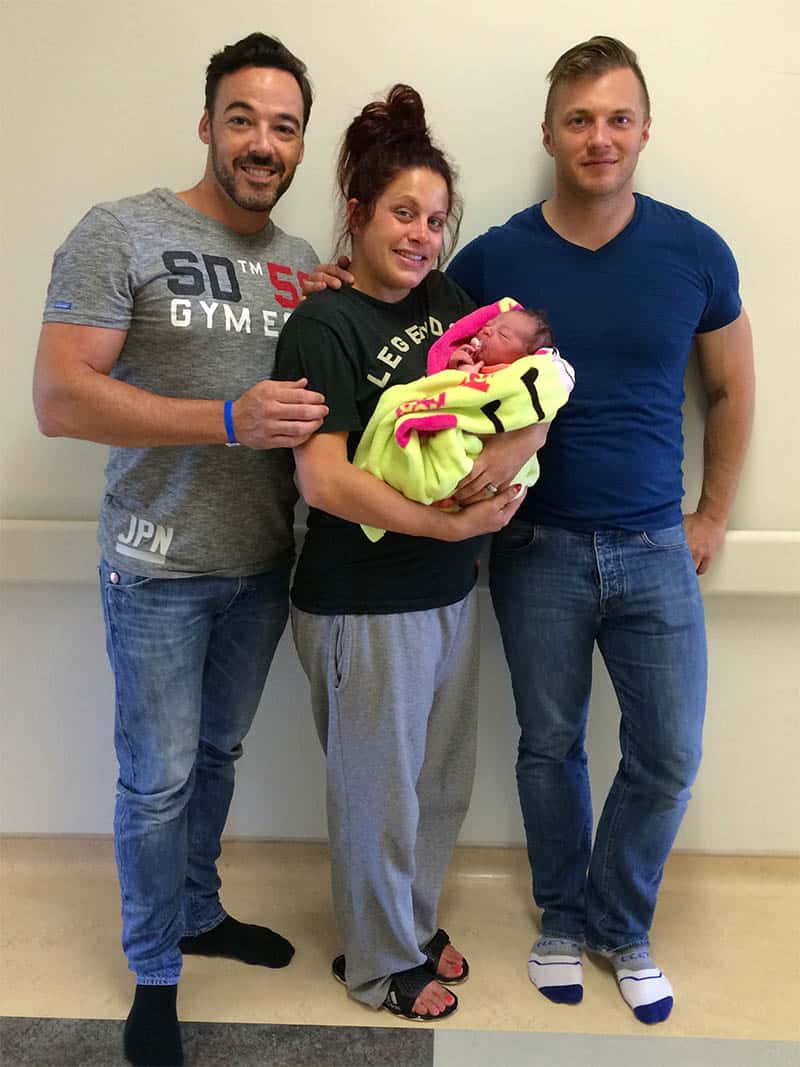 Having Our Baby: What It’s Like To Be A Surrogate In Canada

How much is a baby worth?

Surrogacy in Canada operates in a gray zone; surrogates can’t be paid a wage to carry someone else’s baby, but they can be compensated for expenses related to the pregnancy. That leaves it up to the surrogacy matching companies and lawyers to decipher what that entails. While the aim is to ensure surrogacy remains an altruistic endeavour, it still looks like a business transaction. And business is booming; Canadian surrogates are in high demand thanks to our free healthcare system shouldering the high cost of delivery.

While surrogates effectively sign over rights to their own bodies, they often receive disdain for doing so. Comparisons to prostitution are made, as if the commodification of reproduction diminishes motherhood itself. “There’s a general sense out there that the selling of sex ruins what intimacy means for other people, and the selling of gestation ruins what motherhood means for other people,” says Vida Panitch, an Associate Professor with the University of Ottawa. “That somehow if these goods are ascribed a price value, they lose their moral value.”

So what is the appeal of becoming a surrogate in Canada? Eilise Marten was a surrogate for Montreal couple Phillipe Robert and Phillipe Malo, featured in the new documentary Having Our Baby: The Surrogacy Boom. We called her up to ask why she did it, and what she learned. 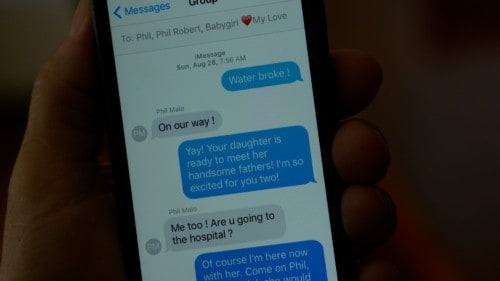 SDTC: How did you get into this?

EM: There were a lot of different aspects. I’m gay and in a relationship with my spouse. So I know how hard it is to want a child with your spouse and not be able to just have a child. I had also had a friend who was having problems conceiving. I would mention to her, “I could always carry it for you.” I don’t think she took me seriously. But I was. So when I saw this post pop up on Facebook, I thought, I could do this. I could help somebody else. I can give them a family.

What were the hardest parts?

The fact that the parents were so far. The second would be the aftermath – the baby goes home, and you go home. There’s this sense of emptiness. I just had a baby, and I didn’t bring it home. All the surrogates, we’ve had babies. You can only carry if you’ve had a baby. So we all know what it is to bring a baby home. And this one time, you’re not bringing that baby home. It’s different.

Did you have a moment where you didn’t want to give her up?

At the hospital, when the baby is born, they wait for the umbilical cord to stop pulsing. Either the baby goes into parents’ arms, into surrogates’ arms, or baby is set on the end of the bed. Neither of them were interested in holding her when she just came out; she’s all goopy. I was like, “Well, you’re not putting her on the end of the bed! So, if the dads are okay with it, I would like her to be on my chest.” I didn’t even hold my babies when they first came out; they were all cleaned off and stuff. It was a new experience for me. They finally cut the cord and I asked them, “Can I just hold her for ten more minutes?” He let me. I could see the hesitance, but this was the only ten minutes I was going to get with her. I didn’t know if I was ever going to see her again. I feel bad. I did take that moment away from him. I do feel guilty. But those were literally the only ten minutes.

At the end of the day, I was totally prepared to not come home with a baby. Even though it was absolutely what I was intending, nobody told me about the feelings that you would have afterwards. I wasn’t expecting that.

I thought because I knew what I signed up for, I knew what was going to come out of it. I thought it would be easy. It’s not like I was giving the baby up for adoption. She’s not my DNA at all. So I thought it would be like making a baby and giving it to a parent. But it really wasn’t. I ended up having a love for that baby. I grew that baby inside of me. I felt the first kick.

Would you recommend it to anyone else?

I’ve had four of five women reach out to me since. Just asking for general information; either they’re interested in surrogating or they want a surrogate. I’ve opened a lot of people’s eyes to it.

It gives you a sense of self-worth. It made me feel really good. It’s not something everyone can have. It’s not the perfect scenario – when both partners are gay – because it’s not going to be both of their biological child. But it’s the closest thing they can have to it being their biological child. I wanted to give. I had both of my kids really young. I wasn’t fully prepared. And there are these families that have everything – all they’re missing is the baby. That’s all they want.

Should surrogates be financially compensated for their work?

This is such a touchy subject. I could be biased because I am a surrogate, but absolutely. The amount of things that a surrogate gives up to do this for you…I’m not saying we deserve to get paid a hundred grand. But we should be entitled to something.

But the law is unclear as to what that is, right?

You don’t know what’s covered. They’ll pay for the phone/internet to contact them. They pay for food and gas to go to baby-related appointments. But your hydro, for example, that doesn’t count. Or something as silly as toilet paper. I don’t pee as much as I did when I was pregnant. We all joke about this. But I’m peeing ten times more. And on top of that, I have to wash my laundry ten times more because I don’t have that much stuff to wear; you only get x amount of dollars for clothing; have you seen the prices of maternity clothing? It’s insane. Are you kidding me? I’m not buying Guess jeans here! {laughs}

It sounds demeaning to be nickel and dimed over these expenses.

But they do. On top of that, you’re giving them your food receipts. It’s embarrassing. You buy a couple of containers of ice cream, because that’s what I want when I’m pregnant. I should be allowed to. I shouldn’t be ashamed and have to show other people that. You feel a little degraded at times.

In my opinion, the intended parents have more rights, they’re more cared for, people care more about them than surrogates. We put our lives on hold – our spouses, our children, our work, our social lives, our bodies – everything. We’re doing all this work, and we really get nothing.

You had a great relationship with your intended parents. Not every surrogate has a similar experience.

No. I’m very lucky. I’ve heard stories [of surrogates] that really sadden me. They’ll miscarry and the wife will get mad and blame her, or it will be a single dad and he gets mad because you’re not conceiving fast enough.

I’m ridiculously blessed because my intended parents have been amazing. They sent me photos, they sent me videos, they call me, they FaceTime me, they gave me that security. They gave me something to go off of, where I could still see her, and see that she’s doing good, she’s happy. Watch her grow.

Would you do it again?

Absolutely. I did have another couple but we agreed they should go to another surrogate because I’m waiting for a simple surgery for a cyst to be removed from my kidney. Just when you’re pregnant, it’s a little uncomfortable. But I am donating eggs!

Is there anything you’d do differently?

I wish we had had more time together (with the intended parents). They were seven hours away, so it was hard for them to physically be there. I would have liked for them to be closer because we just had such an amazing relationship. I would have read my contract thoroughly (with the surrogacy matching company) and changed it to suit my lifestyle. I would do more research about the company before signing up with it.

What did you learn about yourself?

I feel different. I did something good. I have two beautiful children. I have an amazing spouse. And I gave someone a family. I feel like I did my part. And now I get to tell my story, so hopefully other women can see that it’s not a crazy thought. There are going to be hard parts, but there are always hard parts in life. But it’s doable. And you could give someone else a family. On a selfish aspect, it feels so good.