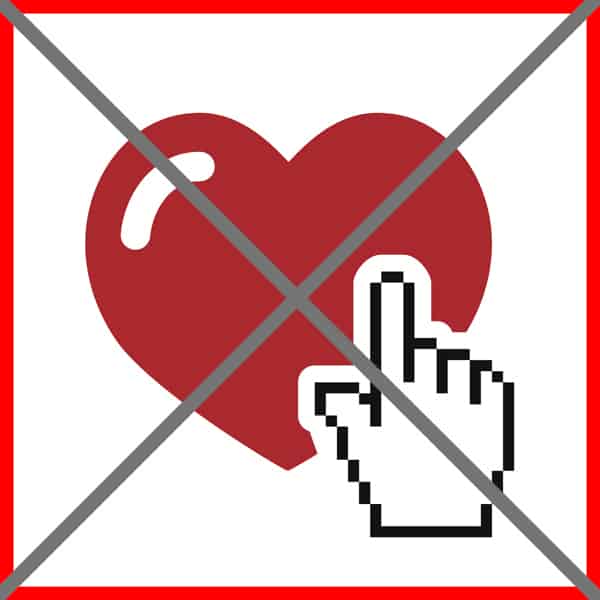 How OkCupid has doomed my love life

Andrew is tall, dark and handsome. His scruffy beard reminds me of a burly lumberjack and makes me weak at the knees. He likes Settlers of Catan, riding bikes and psych rock. Andrew is the perfect man.

All of the above I learn from viewing his profile on OkCupid, to which I’ve recently registered. Andrew is the first man I agree to meet with.

Getting to that point isn’t easy. I become overwhelmed with vacuous messages from potential suitors, some of which are unsuitable to print. OkCupid also provides you with endless match suggestions that seem to materialize out of thin air as you scroll.

I scrutinize profiles for our potential compatibility. Impulse draws you to photographs but, for those unfamiliar with the site, OkCupid also opens the door to a world of information you’d never have access to in a chat-in-the-grocery-store-line scenario. Does he smoke often or only when drinking? Does he have kids, or doesn’t but maybe wants them in the future? Is he here for a relationship or just casual sex?

I find myself accepting and rejecting profiles for the pettiest of reasons, concocting an illogical mental flowchart to determine whether I’d date a man. Strict vegetarians are a no, but I might consider if you’re ‘mostly vegetarian’. Own a cat? Yellow flag – proceed with caution.

Andrew passes all the tests. I instigate, sending a message asking about his current state of facial hair as his profile includes an interest in beard and moustache experimentation. From that spawns a short but cute conversation about facial hair upkeep and my unfortunate inability to grow any.

When he asks me out for drinks at a local bar, I accept. But when we finally meet, Andrew isn’t the burly dreamboat I had in mind. Real-life Andrew is a kind but goofy beer-slinging kid. He pales in comparison to the imagined Andrew. I expect our flirtatious online banter to flow seamlessly into real-life conversation but instead, our date is interjected with awkward umms and ahhs.

I go home disappointed, but not defeated and the next day I resume the hunt. Over 186,496 people online, OkCupid boasts, all on one handy website. Certainly one of them must be right for me! I figure I’m not precise enough with my selection, so I add more parameters to the flowchart. A minimum height of 5’10”. Is looking for a long-term relationship. No younger than me by three years but no older than eight.

But the same thing happens again and again. The men in real life aren’t who I imagined they would be. Witnessing my online plight, my doting housemate proposes to set me up with a friend. She tells me very little on purpose – no room for presumptions. He’s a few years older than me. He’s short, but not too short. He has excellent banter – a characteristic, she says, that will surely win me over.

So I agree. There is no photo exchange or Facebook profile peek. It’s a true blind date – my first. He picks a bar near him and texts me as I hop on the streetcar to meet him.

“I’m going early to grab a seat at the bar. I’ll be the guy in the plaid shirt. Can’t miss me.”

It ends up being one of the best dates I’ve had, with the perfect balance of flirtation, humour and genuine interest. I teased him about his use of statistics to impress me and he mocked the dainty sips I took of my pint. I was fascinated by his work in research design and impressed by his passion for a small business he was starting up.

But there is one small problem. No pun intended – when we get up to leave I discover that he’s short – about 5’5”. A dealbreaker, had he been on OkCupid. Confused and disappointed, I wave him goodbye as I run to catch the streetcar home.

“We’re all the same height lying down,” my housemate jokes.  But after I meet him a second time, it’s something I still can’t overcome. I like him, but I’m certain that among the hundred thousand-or-so potentials on OkCupid I would find a similarly awesome version of him – but a few inches taller.

It takes a few more dates – eight in total – to realize why OkCupid has doomed my love life. From a profile, a few photos and a short e-conversation, my brain runs away and fills in the blanks, creating an unrealistic dream man to whom no one will ever compare. In the case of my charming-but-short blind date, the endless pool of online prospects offers the illusion that someone better is out there, encouraging me to become a ruthless and picky dater. OkCupid was meant to make dating easier, but instead it made it impossible.

So I decided to quit, although my profile is still up. And like a bad habit, even as I write this piece I’m taking sneaky peeks at the site, tempting myself with just one more date before I stop. But I suspect that if I want to give the real man of my dreams a fighting chance, I need to eliminate his 186,496 opponents.