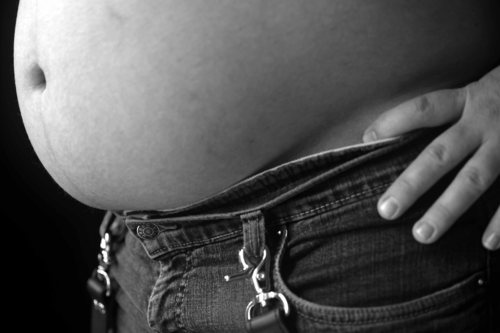 Karleen Pendleton Jiménez’ memoir, How To Get a Girl Pregnant, is a wonderfully candid and funny account of her quest to get pregnant–by any means necessary. She had wanted to have a baby for as long as she could remember, but as a butch Chicana lesbian, one thing was missing: the sperm.

The award-winning book is now being made into a web series (animated by Barb Taylor) and is coming out this fall. Last week, we caught up with Karleen about the ins and outs (and highs and lows) of getting pregnant. 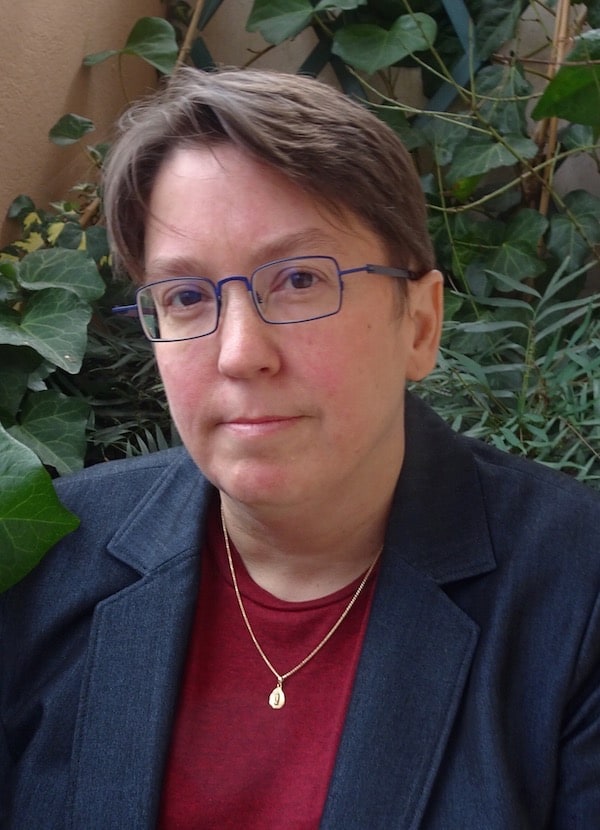 SDTC: So you initially tried to get friends you knew to donate their sperm, but it didn’t quite pan out. Was it then you decided to buy sperm?

KPJ: Especially being a dyke, I was like, “I don’t like being dependent on these guys. This is bullshit! I’ve got a credit card; why don’t I buy sperm?” (Of course, I’m still trying to pay this thing off.)

I found a doctor and ordered some sperm online. Each sperm is given a number, which is weird, because you talk about them like “1539…1537.” They tell you hair colour, eye colour, height, ethnicity. They tell you if they had any health problems.

It’s really odd. The whole process made me think about what we value in people. At the time, I really wanted a Latino guy, and there were only basically two available to me in Canada. One was short and one was tall. One identified as Hispanic and one was Mestizo, which–politically–is much better. Do I go for the Mestizo? It’s just these tiny bits of information you have access to.

Then my aunt told me the most important thing is that the guy is tall (our family is short). That makes you look at stats: tall people make more money. You have all kinds of neurotic thoughts: Am I influencing how much money my child will make later in life? It’s pretty Sci-Fi. I felt like the two of us (me and my girlfriend) were on this space adventure together. 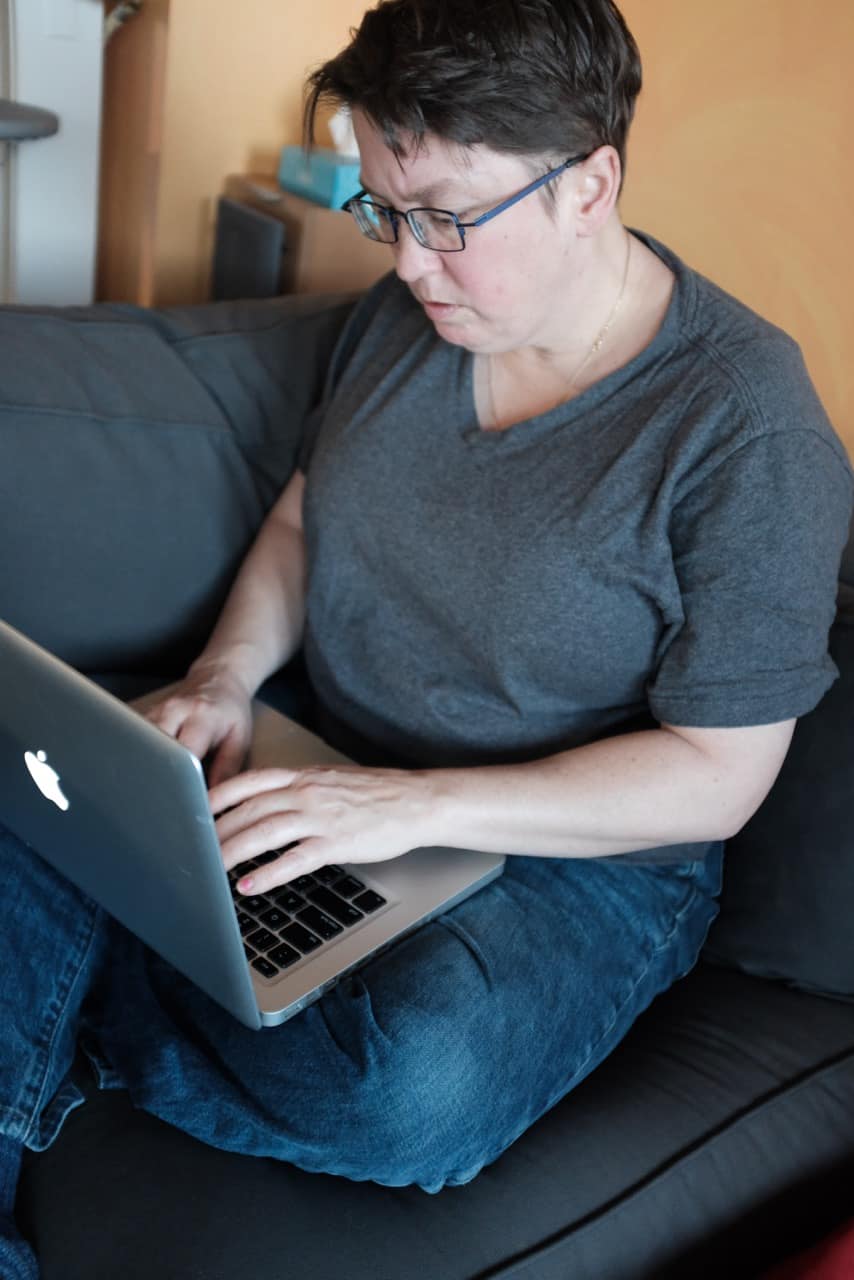 Okay. So you pick your donor(s). Then what? They just mail semen to your house?

It comes in a big canister you have to pick up from the doctor’s office. It’s filled with liquid nitrogen. You open it and it steams out. There’s like, a ladle. You pull it out and it’s stuck on there. My girlfriend would warm it up in her hand and put it in. The thing I learned is that fresh is always better than frozen. Think about orange juice–it’s a very different experience. Plenty of people get pregnant with [frozen sperm]; I didn’t. I tried around four times. Then you’re blowing them, and each vial is $500 bucks. It’s like gambling in some horrible high-stakes game.

So that didn’t work. What next?

Then I went to a fertility clinic. Because I’ve been a dyke for so long, I didn’t know if I had any fertility issues. The people there were really nice, but it’s hard to keep your humanity in the middle of that. They’re poking you and getting blood from you; they’re sticking probes inside you to take pictures of your eggs. It’s really awful.

I was so out of my element. Even with sex, I’m a top, like you’re not touching me, you’re not doing stuff to me. And you have to just lay your body out and let these people prod at you. I felt really vulnerable. Then you would hit day 1 (meaning you got your period), and it’s so miserable.

Among the other people waiting, the feeling in there is very stressful. Fertilityland is a pretty strange and scary place, but then you add the butch lesbian element. Clinics are set up to bolster your womanliness (or manliness), because most of the clientele are heterosexual, and they feel like they’re failing in some way at being a man or a woman. At one point they were doing an ultrasound and said, “Your ovaries are so beautiful.” I was like, “Uh, that’s great.” They were trying to bolster my womanliness, but I didn’t even know that was the deal! It’s almost anthropological, with a whole other language and system and rules. I felt like I was travelling to another world.

So when that didn’t work, what happened?

I ended up picking up a guy at a bar and took him home. I haven’t picked up a guy since I was a teenager. I felt like a straight guy trying to pick up a straight guy.

I look pretty butch. I thought, They’re gonna think I look like a dyke. I asked my girlfriend (who is bi) about it, and she said, “Well, guys pretty much just want to have sex. They overlook a lot.” That’s what I found! It doesn’t matter if you look completely like a dyke. I got this guy and then I thought, Well, everyone’s gonna want to wear a condom. And again my girlfriend said, “Oh, they’re happy to not wear a condom if they don’t have to.” That was true as well.

I decided my big move in picking up a guy was to shave my legs. I remember my grandmother–she was Mexican–tell me, “You’re not going to get a man unless you shave your legs.”

And then, looking at the guys in the bar, [there was] that whole point system of who you can get. How good looking am I vs. how good looking are they? How old? I think that stuff is pretty funny because it’s ridiculous, but it’s totally true. All of these things were going through my head. Unfortunately though, I didn’t get pregnant that time.

But you tried again.

I was determined! The next time, my girlfriend was with me. At first I said, “You can’t be near me. I don’t want them to think I’m a lesbian” (even though I look like one). I tried for a couple hours and couldn’t get a guy. So I thought, I’ll just enjoy the bar. As soon as my girlfriend and I started dancing together, we had all kinds of guys all over us.

From that encounter, I got pregnant. I saw the little heartbeat and everything, but then I miscarried. Everyone was like, “Don’t feel bad. If you have a miscarriage it means that you CAN get pregnant. That’s a good thing.” They told me to try right away again. Eventually, I got pregnant and gave birth to my daughter. 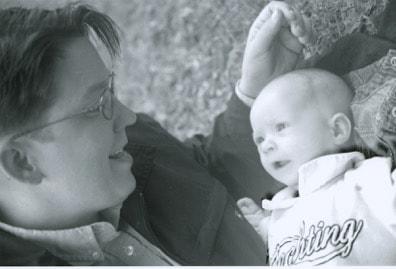 How long did this whole process take?

I was thirty when I started, and I got pregnant when I was thirty-six. My daughter is now eight and a half.

Looking back, was there anything you’d do differently?

I didn’t really tell anyone about it. I kept it a secret. I guess if it failed, I didn’t want people to be looking at me going, “Oh that’s the one who failed.” Also, butches usually don’t get pregnant. It’s more femmes or people in between. I was a bit embarrassed. I thought, Oh god, they’re gonna give me shit! Once I did become pregnant, some of my butch friends were kind of freaked out by it and talked badly to me. Not all of them; some of them got very chivalrous around me. Maybe if I hadn’t been embarrassed I would have had more options from friends (for sperm donations) to begin with. 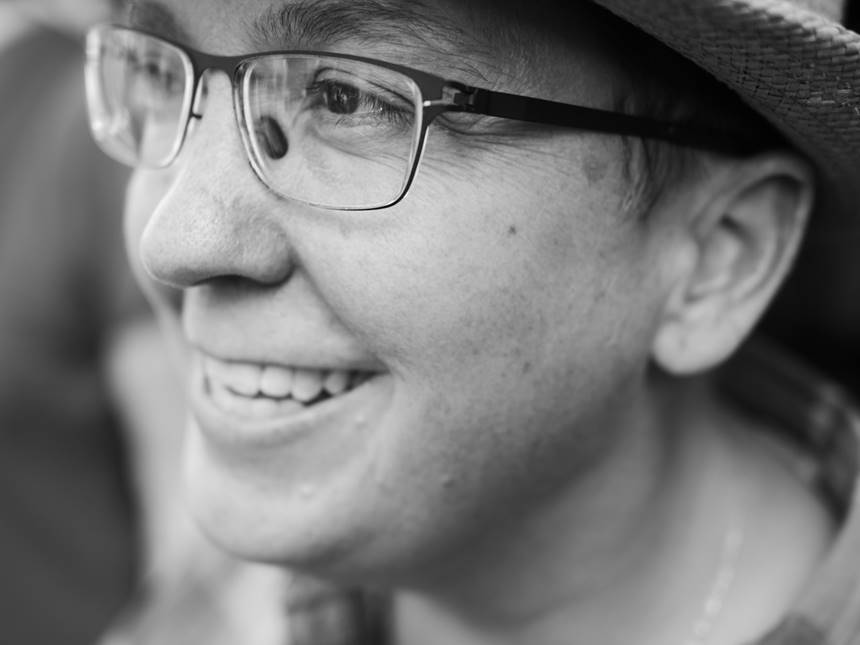 If we have a friend who is struggling to get pregnant, how can we be more supportive?

Being there to talk about it, or not talk about it. When you’re in the process, you’re just so focused on it. It’s such a taboo topic because it’s painful. It was nice when I knew I could talk to people about it and I knew it would be okay.

If you want to have a baby, you should go for it. You deserve it, and you shouldn’t worry about shame or waiting to be in the “ideal” relationship. The series is also about this idea of breaking out of those boxes of what we think we can and cannot do because of who we are. There’s a beauty to identity, but there’s also a limitation. We get trapped in our own boxes.