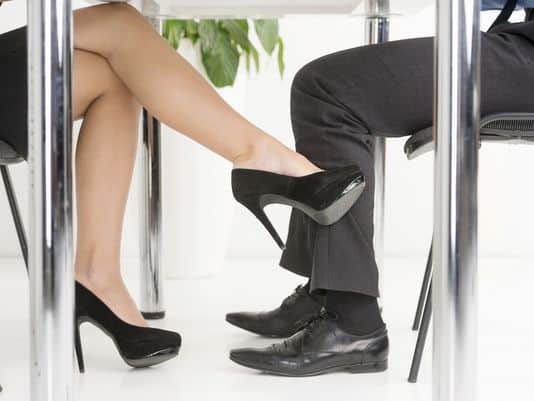 I Was (Almost) The Other Woman

I am the villain in this story.

I would like to tell you otherwise, this is my story, after all —  I can tell it any which way I like. I can tell you sometimes you don’t always marry your soulmate and I knew, I just knew her husband was the one for me. I could say I was an innocent victim, felled by a slick two-timer. Would it matter  —  how deeply can you trust your narrator, especially one who is teetering along an ethically precarious tightrope?

Yet here I am, an almost-adulterer.

When voiced aloud, the words revealed that my moral compass had not skewed completely. That I still knew the affair was questionable meant something —  it meant everything. The words became my talisman; they escaped my lips and hung thickly in the air, taking up too much space  —  I could see them hovering in fat black capital letters, asserting their truthiness.

Ah, the delusions to which we cling in moments of hesitation.

It started as you might expect. He was my ex-boss, a married ex-boss, and I’ll leave it at that. I was young and perhaps silly, but far from naïve. I knew what I was getting myself into; had assessed the consequences and followed the plot lines through to what could only ever be my demise, like the good little villain that I am.

When the emails began to pop up in my inbox during off-work hours, sometimes late at night, I denied any wrongdoing for no one’s sake but my own (“What a great work ethic!” and “He must really respect my writerly opinion!”). When what began as a wink innocuously placed in an email sign-off progressed into full-on sexual conversation, there was no mistaking that a line had been toed, danced on, and then brazenly crossed.

Understand that our relationship was never consummated. And not for my lack of trying. On the rare occasion I could pluck up the courage to suggest a rendezvous, he would scramble for an excuse. Boundaries had been defined from the outset; he drew a line in the sand encircling me in limbo. That should have been my first clue.

But the wonders of the Internet age, in which two people can have an entirely covert relationship unbeknownst to those physically closest to them, never ceases to amaze me, and the medium played its part impeccably.

Not surprisingly, my tactile needs could no longer be ignored. I told him I needed touch, otherwise, how could I be sure all this was real? Knowing we could never come back from that, the point of no return, we compromised on a Skype video call.

Suddenly there we were, physically and emotionally bared. It was ugly. The fantasy was much more attractive than the reality. A grain of hot guilt began to froth beneath my ribcage. With a click, it was all over.

I wholeheartedly believed everything I had been promised. He never said he would leave his wife, but I still clung to the notion. Was he simply that proverbial bored middle-aged married man who saw an opportunity to have what he referred to as “harmless fun”, without the devastating consequence of a real fling?

I worried my conscience was missing in action; that no empathy code had been punched into my DNA at the point of conception. Or simply, that I was bored.

But I was madly infatuated with him in the way that only adolescent girls can be (made all the more humiliating in my early twenties). It was unequivocal idolatry.

I’m not going to hold forth on whether the affair was right or wrong, whatever right and wrong even is. We were equally guilty or equally almost-guilty, depending on your vantage point.

This much I know for sure: You can’t help who you have a connection with.