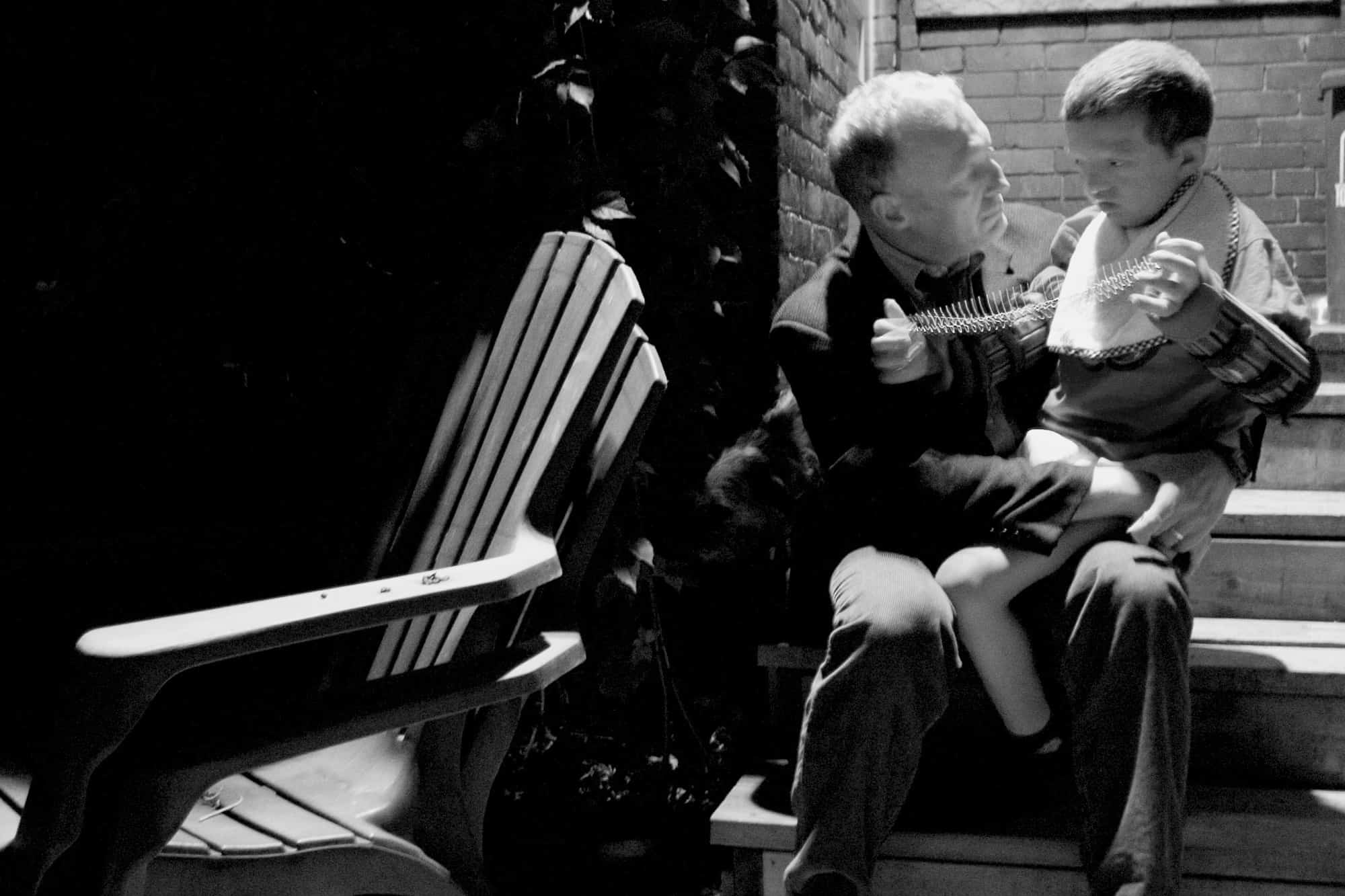 It’s the sort of thing that’s always in the back of your mind as an expecting parent. What if something goes wrong?

This harrowing question is at the centre of The Boy in The Moon, based on the award-winning book by Globe and Mail journalist Ian Brown. It’s based on Brown’s memoir of raising his son, Walker, who was born with an extremely rare genetic disorder called cardiofaciocutaneous syndrome. In Walker’s case, it meant he would never talk or develop intellectually beyond the abilities of a toddler, and it would challenge every understanding the family had about what it meant to know one’s child.

Emil Sher, who adapted the book for the theatre, noted, “We tend to dismiss or devalue children like Walker as incomplete. But who’s to say that someone who doesn’t fulfill our definition of completeness is incomplete? Maybe we need to use a different measurement. But we fear using unconventional methods of measuring because once you decide how you’re going to measure and value Walker’s life, you have to measure your own: ‘Now that I’m using this gauge, what does it say about my life? How do I define my sense of happiness?’”