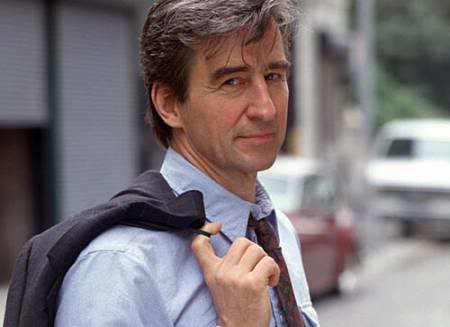 The sun is scorching, the heat is high, and it’s the time of the year when I like to sequester myself in my air conditioned apartment and curl up on my couch to watch old episodes of Law & Order.

Don’t get me wrong: I like to go outside and make the most of summer and engage in actual human interaction, but I also need to make time for my imaginary boyfriend, my inappropriate crush, Mr. Jack McCoy. That’s right: I don’t have a crush on the actor Sam Waterston, I have a crush on the character Jack McCoy. He’s possibly Law & Order’s most well known ADA, and he didn’t even join the show until season five when he burst onto the scene with the nickname “Hang ‘em High” McCoy and a reputation for doing whatever he could to get the harshest penalties for criminals. Talk about making an impression.

So what’s the deal with Jack McCoy? Well, for one, he is a smart cookie. He knows his way around the legal system, and he twists and turns it every which way he can so that he can get a conviction—all while looking dapper in one of his perfectly tailored suits. He’ll stop at nothing to put a deserving criminal behind bars, even if that means going after the person for a lesser crime—like that time he couldn’t convict a man for murder so he got him on a kidnapping charge instead.

And Jack McCoy brings an intensity to the courtroom that cannot be matched. I can’t count the number of times I’ve watched him walk across the floor, cross-examining a witness, his voice getting louder and angrier as he makes his case until finally the guilty party breaks down and admits to everything.

And who can ignore him when he goes out of his way to make a point (usually because some jerk witness is lying on the stand)? Even when he’s warned that he’s “on thin ice,” McCoy isn’t having any of it; he’ll keep talking and questioning with increasing fervor until the judge finally yells at him to “sit down, Mr. McCoy!” Will he sit down? Maybe, maybe not. You never know what Jack McCoy is going to do next. In fact, just about the only thing you can count on him to do is get your temper flaring and then have it soothed as he makes his calm, cool final argument. He’ll traipse around the courtroom, shaking that gorgeous salt-and-pepper hair of his, reminding the jury one last time of the undeniable evidence against the defendant.

And that’s why I can’t get enough of Jack McCoy. Sure, he could try to get by on his classic New England good looks with his fancy suits and casual v-neck sweaters, but instead he relies on his brain, his determination, and his love for his job. What more could you want in a man?