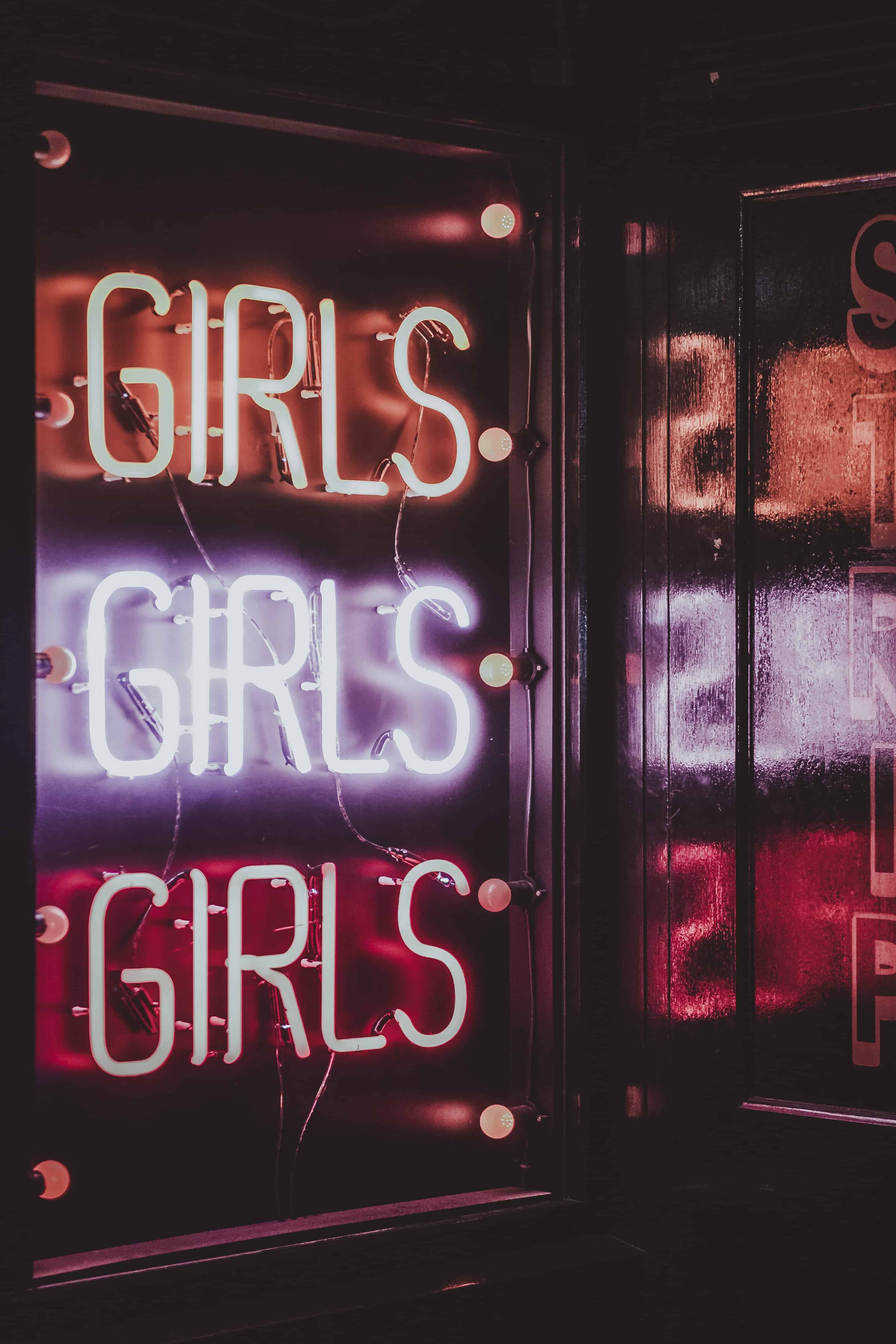 Love Lessons From A Lap Dancer

What can a stripper teach you about dating with confidence & finding the person of your dreams?

June Em is the author of Love Lessons from a Lap Dancer: An unconventional guide for women who want to understand men, date with confidence, and put themselves first. She’s also co-hosting a workshop on February 10th that will get single women and single men in the same room to discuss dating, attraction and how to really connect with each other (something that seems to be more and more challenging in this era of #metoo).

We caught up with June, a former lap dancer whose experience helped form her views on dating, last week.

SDTC: What’s an aspect of being a lap dancer that would surprise most women?

JE: There’s this myth that if you are hot, men will climb all over themselves to get a dance from you and buckets of cash will magically rain down from the ceiling. (Kind of like how advertising lies that if you just look a certain way, your life will be one big party filled with love.)

It’s not like that at all! Women don’t get paid much by the clubs – if anything – so you make almost all of your income from selling private dances. And that is a big hustle! Most of your shift is spent going table to table, schmoozing men and trying to drum up interest in spending time with you alone in the VIP.

It’s not easy. There are often more dancers than men in the club. Not all guys want dances and you aren’t always everyone’s cup of tea. You have to learn how to face rejection, not take it personally and not let it affect your sense of self-worth…kind of like dating.

What were some of the biggest discoveries you made as a lap dancer?

Two, looks aren’t as relevant as you think and often confidence trumps a 10 when it comes to attraction. I once worked with a plain-looking woman who never went on stage. She was flat-chested with a broad waist and wore flat sandals, mid-thigh length shorts and a tank top on the floor. She looked like a lost tourist, but she cleaned up! And it wasn’t that she was doing “extra” in the back, but she was confident that men would want what she offered, she didn’t put up with bullshit, and if a guy said no she was like, “Your loss. Next.” Guys picked up on that vibe and liked it.

Three, there is a real danger in valuing yourself on external factors. This was probably the hardest thing I learned. Be proud of yourself, yes. Celebrate when you meet your goals, yes. Like the way you look, totally. But don’t ever place your worth on how much money you make, how many guys are interested in you, or how good you think you look. You and your worth are not those things no matter how much the world tries to teach you otherwise.

Did you ever think when you started working as a lap dancer that it would eventually provide you with insights into relationships that would spawn a book?

Hell no! When I started stripping I hoped it would provide me with the cash to go backpacking across the southern U.S. and figure out what I wanted to do with my life. Then I went on my trip and realized I needed to get my ass back to school, so I hoped it would pay my tuition. That was it. 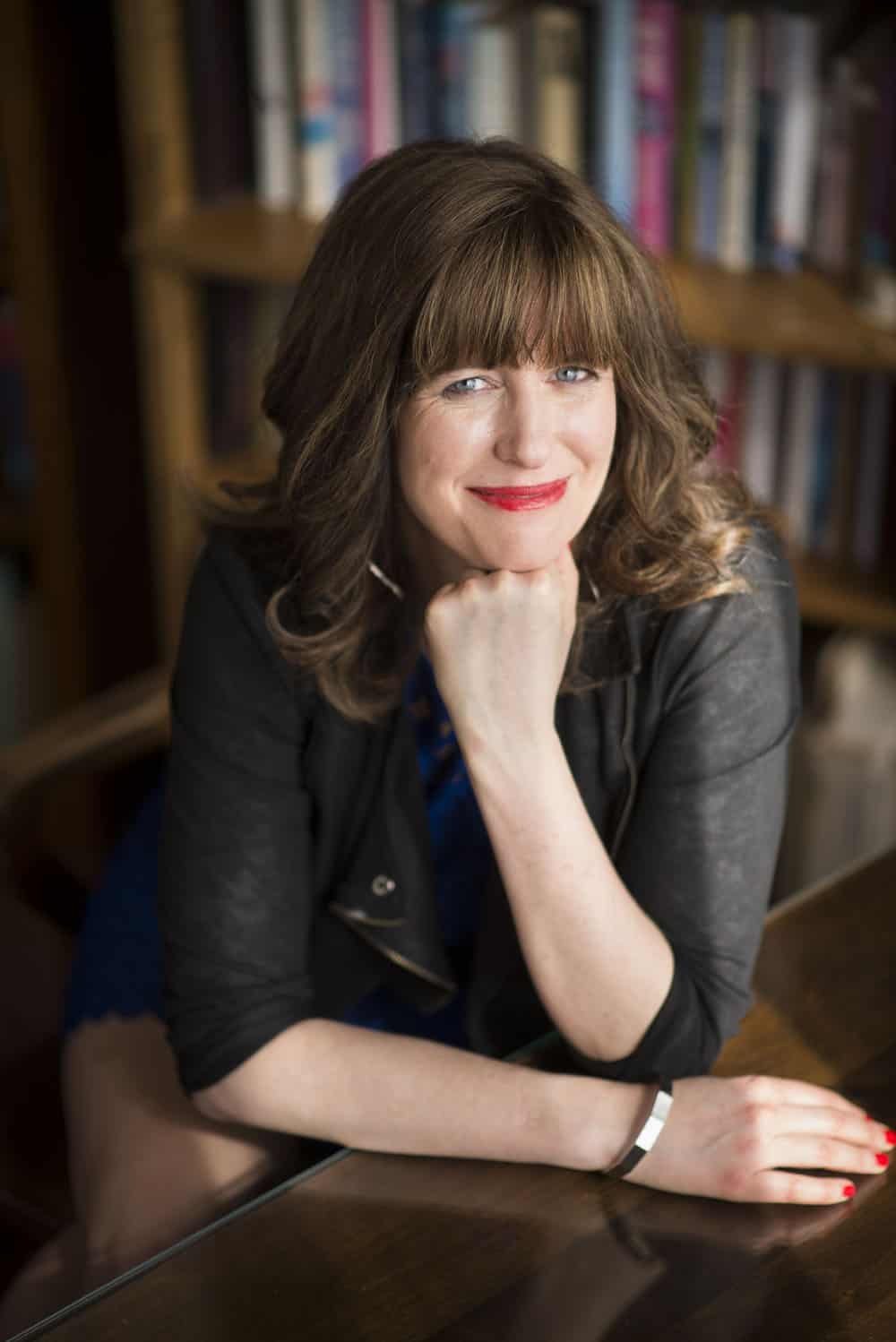 What was the biggest takeaway you gleaned about male-female dynamics while working at this job?

Most men want to be our heroes. They want to protect us, please us, and be the “the man.”

It’s really easy for women – in our focus on not getting our needs met – to forget this, or – where there is a history of sexual abuse – to not see this at all. But just as women need to feel safe in a relationship for it to work, men need to feel fearless.

This is one of their primary needs and for many men it’s really hard to get it in real life.
This is why men go to strip clubs. It’s not the sex – most men leave feeling hornier than when they entered. And, it’s not the nudity – they can get that for free on the internet. It’s because strip clubs are one of the few places left where, even if a man is a big-ass loser in his real life – he can feel like the king of the world, a hero to a beautiful women for a mere $20 a song.

This is what I did for my regulars, guys who would come back to see me week after week: I helped them feel competent and sexually desirable and useful. I appreciated them and helped them feel more empowered than they felt before they saw me.

To be fair, this was one way. I didn’t expect them to help me feel understood and cherished and heard. I provided a fantasy in exchange for money.

But these are the same things men need from their partners in real life. Women often don’t know this, or they fear that helping a man feel this way will somehow undo over a century of women’s rights. But helping a man feel fearless doesn’t mean dumbing yourself down, or being anti-feminist, or supporting the patriarchy; it simply means understanding another human being and how what they need may differ from what you need, and then learning how to give them that while respecting your own boundaries.

What did you learn about yourself throughout this process?

I think strip clubs are filled with mirrors, in part to reflect your own shit back to you. In my case, all these lonely dudes reflected back my own sense of loneliness and lack of connectedness at that point in my life.

Fortunately, mine cracked. When I realized stripping wasn’t going to give me what I fundamentally needed to be happy, I stopped looking for it in that relationship.

I pursued things I thought I might be passionate about outside of stripping – I started writing and took improv comedy classes – and as I discovered and embraced more of myself, I grew and my relationship with stripping no longer fit me.

How did being a lap dancer help you to better understand men?

People often assume that in strip clubs I saw the worst of men. I didn’t. I went in with the assumption that men are basically good people. When I left six years later, I still felt that way but I did see that life wasn’t always black and white.

Rather than a bunch of ass-grabbing, belching and farting Neanderthals, what I saw most frequently was a bunch of sad and lonely guys whose lives weren’t going exactly as they’d hoped.

It was kind of depressing, to be honest: all of these men feeling like they had to pay for something that they could get for free in a much more authentic and rewarding way, if only they understood women and women understood them.

I think that is in part why I eventually wrote the book and became a dating coach – we all have such a need for connection and no one is telling us how to get that.

In the era of #metoo, connecting with the opposite sex seems more fraught than ever. What are some practical ways that we can develop greater empathy and understanding between the sexes and have better relationships?

How many times have you read “men are assholes” on social media in the past year? (I just Googled it. There are 1,900,000 instances of that phrase. By contrast, there are 90,700 instances of “women are bitches.”)

Also, understand that women and men often communicate for different reasons and what is obvious to a woman is not necessarily as obvious to a man.

For example, men don’t instinctively understand that when women share it’s because we want to feel heard. [Men] communicate to solve problems, so either tell them you just want to be heard and acknowledged with your sharing or enlist their help in solving the problem. Ask him how he would solve it, especially when the problem involves his behaviour.

Finally, recognize that criticizing a man does not motivate him to change. Often men take criticism as a personal attack, resulting in a stress response that literally makes him want to either defend himself or flee the situation.

Instead, if you want a guy to change, tell him exactly what you want him to do and let him know it would make you happy. Be specific. Guys are nowhere near as astute at reading body language as women and as much as we would like them to be mind-readers, they aren’t (and most are clueless about women).

These are tough times for dudes. Contrary to the current dialogue around men, most men want to be our heroes. They want to make us feel safe and protected but they can’t do that when we are making them feel incompetent and like the bad guy, and especially when we are not giving them a voice in the conversation.

Would you recommend stripping as a job?

No. Stripping is a dying business. Clubs are closing, it’s really competitive, you don’t make as much as you might expect, there are no benefits, and the law is very murky around what’s legal and what’s not.

Or, if you still really want to be a stripper like I did, try it for six months part-time while working another job. Do it 100 per cent sober. Then, decide if you want to keep going.

What can participants expect from your workshop, “Connect Confidently,” in February?

Expect to have your mind blown! LOL.

We’ll address some common myths – such as men don’t want to commit, men are turned off by independent women, or men don’t value women who sleep with them too early – and explain what is actually going on for men.

The first part of the day will be all about gender intelligence: sharing what evolution and modern studies say about how men and women communicate, experience attraction and think differently, as well as hearing from a live panel of single men and women about their experiences.

Then, the second half of the day will look at how to shift your beliefs and become unstuck. My co-facilitator James and I will be giving you some concrete tips on how to flirt and connect with the opposite sex in person, and then we’ll finish it off with some good old-fashioned flirting practice.

Both James and I bring a shitload of experience in the field with the opposite sex and things we’ve learned the hard way so you don’t have to. It’s going to be an eye-opening day.