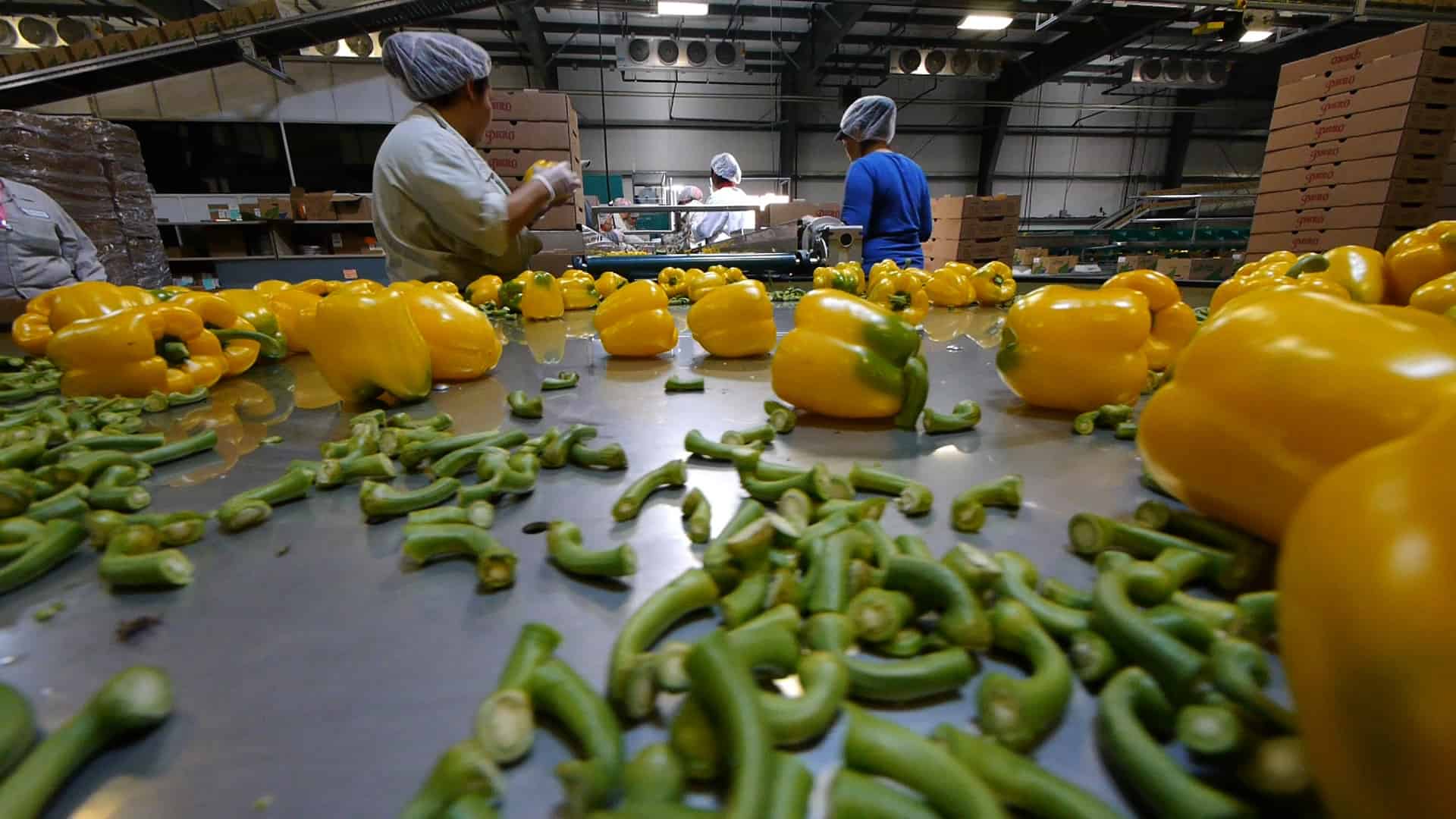 In the documentary Migrant Dreams, director Min Sook Lee turns her lens on agricultural workers in Leamington, Ontario, brought in as part of the temporary foreign worker program.

Between 2006 and 2014, more than half a million workers were brought into Canada under this program. Due to its flawed nature, these workers are often vulnerable to a host of abuses: unpaid wages, unsafe working conditions, exploitation and extortion. Migrant Dreams delves deeply into the lives of individuals who are brave enough to challenge the system, often risking their own livelihoods to do so.

By sharing their stories, Lee hopes we will grasp the magnitude of the situation and exert pressure on our government to make changes to the system now. We spoke with Min Sook last week.

SDTC: Were you worried that by shining a light on this issue it would put workers in danger and drive these unsavoury practices further underground?

ML: You’re drawing attention to the stakes of telling a story, of telling truth. We all bear the burden of that. I come from a privileged space. I have status, I speak English, I’m a filmmaker – I have access to tools of storytelling and media. At the same time, I was aware that for the workers who were participating in the film, the stakes were very different.

Speaking out routinely results in deportation and/or job loss. Many of these workers came into Canada indebted to the recruiter, or if they paid the recruitment fee by taking on debt at home. There is not only the livelihood of the salary earned here that’s at stake, but they’re also not working in Canada just for themselves. Often times children and other family members are involved. The stakes are very high.

The program is designed to silence resistance and silence workers. For workers to speak out meant that they knew they were taking a risk. As a filmmaker, during the time of filming over several years, I was constantly aware that scenes that I was filming or the stories I was capturing were not ultimately be safe to tell. I think documentary is about making active storytelling choices. No documentary can tell a whole story, you are making choices to tell a very particular story that is shaped.

I was always aware of safety being one of the motivating factors for shaping stories so that workers were not in peril by the story being told. But as a filmmaker, you don’t always know what’s going to happen. So I didn’t know there was going to be an OPP investigation when I started filming. I knew there was a situation where workers were forced to pay 30% of their salaries, and I knew that was wrong. When the OPP investigation happened, that spilled it out into the public. It made it possible for me to include it in the narrative.

Whose stories made the biggest impression on you personally?

I’m torn. Probably both Dwipa and Umi. Dwipa, because his story is about resistance and the insistence on joy and love in times of trouble. That resilience – that resurgence of spirit that he exhibited through falling in love, getting married, identifying and coming out as a trans man – I found it very powerful.

Suffering may be a dominant or common experience, but what Dwipa’s actions and stance show me is that he is not determined by suffering. Suffering is there, but that doesn’t determine who Dwipa is. I think that is an important piece to understand. If migrant workers are consistently portrayed as victims who need charity and help – without advocacy and agency of their own – then that will continue a kind of power imbalance in conversation about migrant worker rights. Dwipa is an active agent and seeker of change.

Umi was defiant, such a rebel. From the moment I met her, she was stubbornly determined to fight the recruiter who was extorting money from her. She was one of the first workers to move out of recruiter-controlled housing and one of the first to defiantly say, “I will cooperate with the OPP investigation into the recruiter, and I’m not afraid to do that.” Umi’s fearlessness was really striking to me. She told me, “If my own situation is not bettered by this fight, I’ll accept that, because at least then it might change for somebody who comes after me.” That cognition of a collective experience over her own particular individual experience was a very powerful lesson on how we make social change. 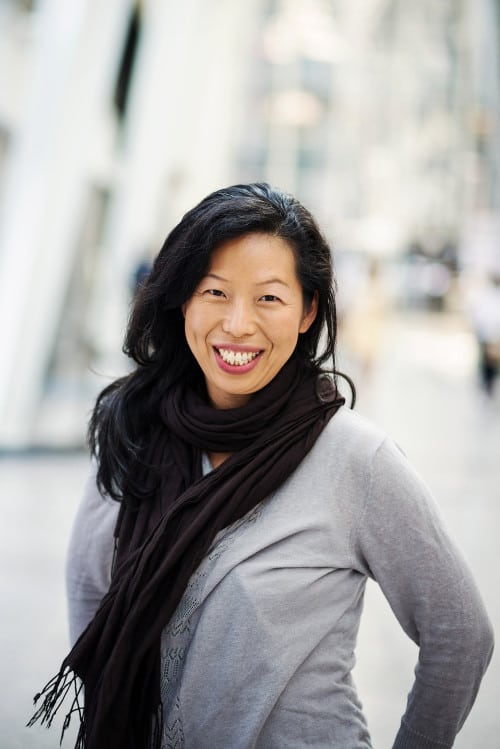 How should the temporary foreign worker program change?

There has to be some monitoring and regulation of a program that has been established by the federal government for the benefit of industries in Canada – there are virtually none. We have to question whether this is a Canadian value – to allow non-citizens into the country on tied work permits so they are tied to one employer, they have no legal mobility and no social mobility. It leaves them virtually trapped in jobs. Because, if they speak out about workplace abuse, unsafe working conditions, or issues such as unsafe living accommodations and non-payment of wages, the result is deportation. Outright dismissal. The imbalance of power towards the boss is so disproportionate that workers are essentially an unfree labour force.

But the pressing question is about status. The government and bosses like to say the temporary work permit is a temporary work program. Just spot pieces when bosses are in a tight squeeze and can’t find a teenager to do the job. Frankly, that’s a myth. The reality is that labour shortage is chronic. There is a permanent need for workers to do the dirty, difficult and dangerous jobs Canadians do not want to do. These workers are only afforded second-tier sets of rights with temporary non-citizenship status. We have to ask: why are they denied citizenship? Workers must have status so they can exercise the same set of rights that Canadian citizens do. We have to question and critique the permanence of these types of migrant labour programs. How do they construct labour apartheid in Canada?

How can we, as individual citizens, address this problem?

Right now there is a historic campaign underway. It’s a march that began on Labour day in Leamington, ON. The march is being organized by migrant workers and by their allies, an organization called Justice for Migrant Workers, unions and students. It’s called Harvesting Freedom. Workers are marching to Ottawa to demand that the federal government make immediate concrete changes to labour programs that have been exploitative and abusive.

There are systemic human rights abuses in the structure of the programs. We must realize how we, as ordinary consumers, benefit from the exploitation of migrant workers – their labour subsidizes our livelihoods, our industries.

The film airs on TVO this week. What do you think the fall-out will be?

The film will be broadcast in Ontario, in the heart of farm country. There will be employers, bosses, industry reps – those who have deep monetary stakes in the industry – who won’t like this story being told because it exposes the practices that are unsavory, that are exploitative and that are contrary to what we promote as Canadian values.

We cannot have this operating system of unfree workers. Often they do not speak English, they’re isolated from the rest of Canadian society, and there are routine abuses. These are not accidental, isolated moments. They’re chronic and they’re persistent and they have been so since 1966 when the first migrant labour program was enacted. We can’t say we didn’t know. These stories are being told because workers are fighting back.