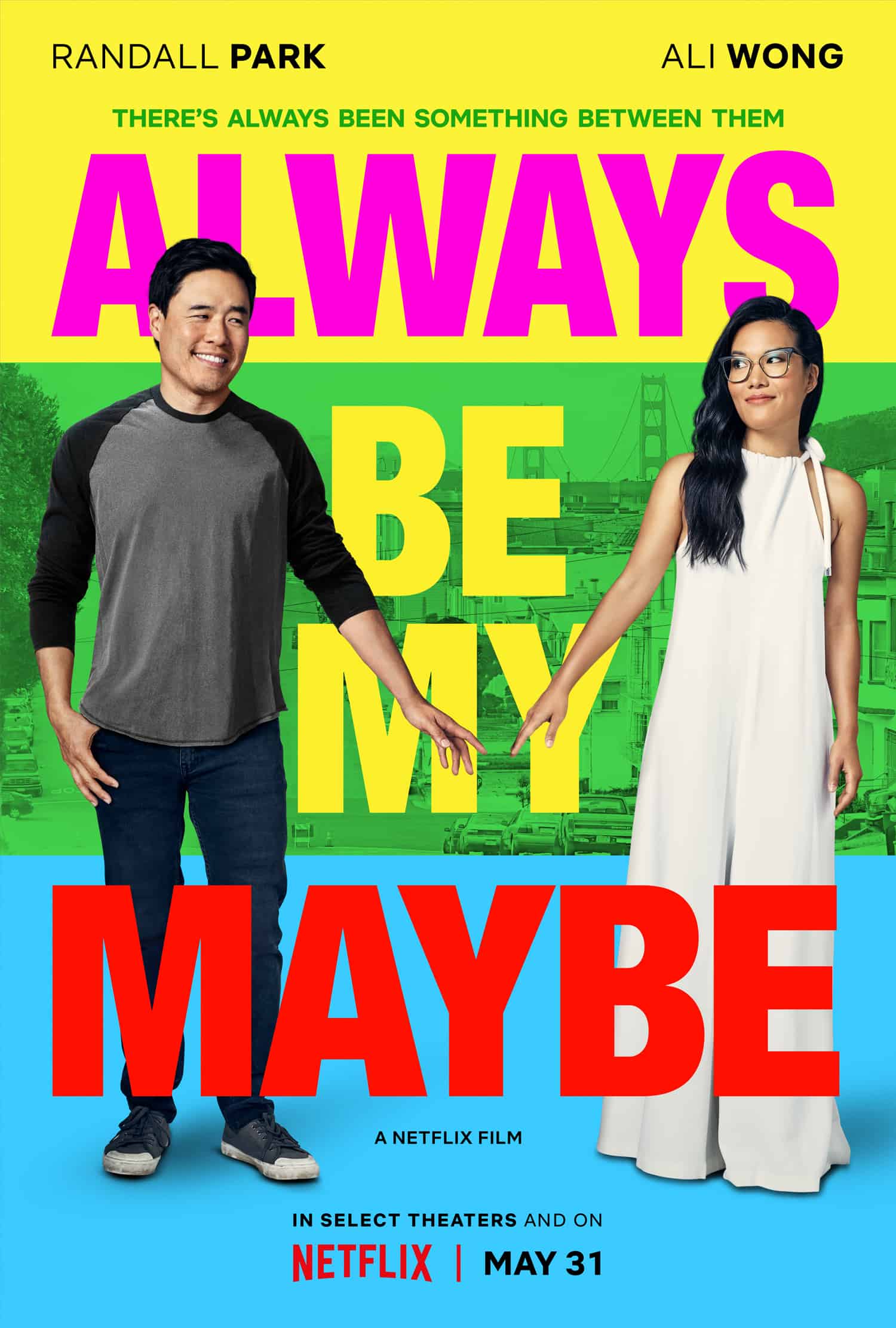 Netflix + Shedoesthecity CONTEST: Enter To Win a Pair of Tix to a Private Screening of Ali Wong’s “Always Be My Maybe”

We’ve been borderline OBSESSED with Ali Wong since seeing her Netflix stand-up specials, Baby Cobra and Hard Knock Wife. Now, we’re teaming up with Netflix Originals again to offer you a sneak peek to see Always Be My Maybe, a new film co-written and starring Wong.

Always Be My Maybe is the story of a pair of childhood friends, Sasha (Wong) and Marcus (the film’s co-writer Randall Park), who have a major falling out and don’t see each other for years. When they run into each other in San Francisco, where Sasha is opening her new restaurant, they are reluctant to reconnect. But, they soon find that their old sparks—and maybe some new ones—are there. (We hear Keanu Reeves also pops up in this hilarious tale chock-full of awkward run-ins! Peep the trailer here.)

Always Be My Maybe is a rom-com with real heart that is seriously funny. Lucky for you, we’re teaming up with Netflix to host a private screening of the film, and we want to offer you the chance to win a pair of tickets! The screening is happening at District 28 in Toronto’s Film District on May 30.

ALSO: Because the film boasts some seriously drool-worthy cooking scenes (with food created by Niki Nakayama, one of the only female kaiseki chefs in the world), we’re going to feature a special demo from Chef Michael Kim of Korean-style bar/snack haven Uncle Mikey’s prior to the screening.

Come fully prepared to laugh your ass off, and gain a whole new appreciation of Korean cuisine!

Always Be My Maybe is available on Netflix starting May 31.