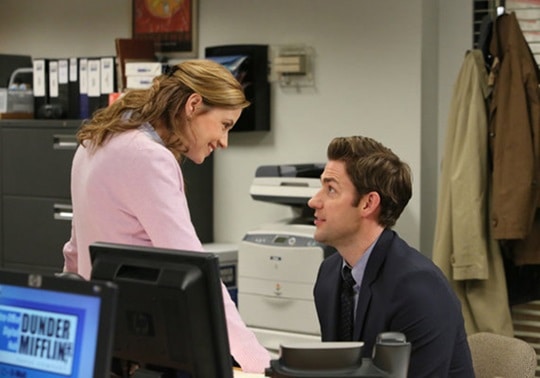 I Got Embroiled In An Office Romance

I would not have the job I have today if I hadn’t slept with my (now-former) coworker two cubicles down.

After our scant fling soured, the tension was palpable — unbearably so. And so, I launched a blitzkrieg of resumes and not too long thereafter landed a position that I love. So this story has a happy ending.

But apart from geographical convenience, shitting where you eat is not recommended.

Like most Canadian dalliances, ours began with a snowstorm. Fitzwilliam (not his real name) and I, being such devoted employees, were sent home early from a deserted office. That is about as far as my good work ethic went.

What happened next came in flashes: Waiting out the blizzard at the bar down the block. Off-colour jokes on the best methods for keeping warm. A flimsy excuse about a frozen, disabled streetcar justifies my stay. Is it suppertime already? Let’s eat. “I’ll get the cheque, obviously,” Fitzwilliam says. A coquettish snowball fight in the parking lot that he tells me he let me win. A sobering drive on slick roads. And then something I’ve wanted since my first day on the job.

Compared to the dumpy, milquetoast drones masquerading as my coworkers, Fitzwilliam was the masculine equivalent of a Siren. That he was the only one within a decade of my age was enough to earn him the title of dreamboat. His well-cut features must have been chiseled by the goddesses. He had, I suspect, less than one percent body fat. Sure, the hemline on his pants were always just a little too short, but that was an endearing faux pas I promptly pardoned.

As the affair developed, so too did my excuses — and feelings — for him. I could go along with his “friends-with-benefits” modus operandi as long as I was free to bask in the sunshine of his sexiness. But Fitzwilliam was more interested in golf, his pick-up truck and, weirdly, his aquarium hobby than he was in me, a human woman. (Before one rendezvous he took me to Big Al’s fish store. We strolled the aisles hand-in-hand. Was this his idea of a date? He picked out a now-deceased goldfish and ceremoniously presented it to me. I made a silly fish face as a thank-you, which, in hindsight, may have been especially arousing for him.) Love is blind, we’re told — but this wasn’t that.

A few sheet-tumbles later, the veil lifted; the novelty vanished. He became less attractive and more a waste of time — what was once red-hot was now tepid.

My only regret was not making good use of the office showers.

Out in the real world of hooking-up, my recovery would have been swift, but to interact with an ex-flame in a professional setting reduced me to a bundle of nerves, Monday to Friday. And why keep a secret as juicy as this from the HR department girls that I ate lunch with?

Of course, there were other contributing factors, not least of all that I had learned all that I could, both professionally and emotionally. Sexually, too. When you daydream about an office romance nine to five, it might be time to move out of said office and on to a different kind of challenge.