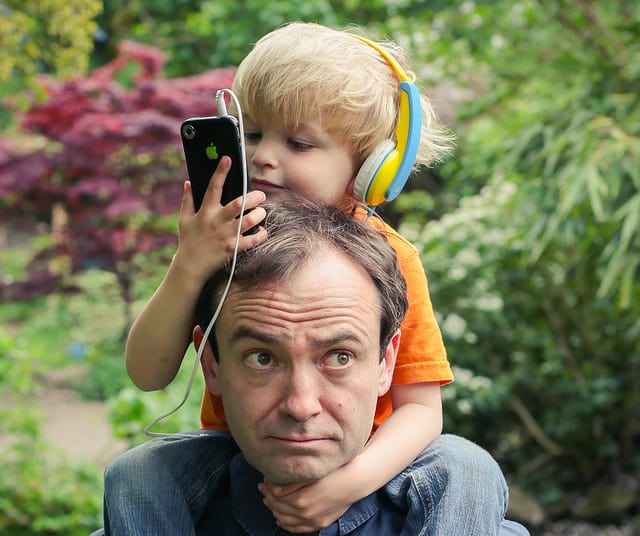 Project Wild Thing is a feature-length documentary aimed at addressing ‘nature deficit disorder’ in kids. It’s this idea that kids are so bombarded with screen time that they have become increasingly disconnected with nature. The documentary will be screened this Wednesday evening at 7 p.m. at Daniels Spectrum (585 Dundas St. East), to be followed by a panel discussion.

Project Wild Thing is presented by Earth Day Canada in partnership with Kids Up Front (which connects children facing barriers to arts, culture and sport everyday through the distribution of unused tickets), David Suzuki Foundation and Play By Nature.

David Bond is concerned. His kids’ waking hours are dominated by a cacophony of marketing, and a screen dependence threatening to turn them into glassy-eyed zombies. Like city kids everywhere, they spend way too much time indoors – not like it was back in his day. He decides it’s time to get back to nature – literally. In an attempt to compete with the brands, which take up a third of his daughter’s life, Bond appoints himself Marketing Director for Nature. Like any self-respecting salesman, he sets about developing a campaign and a logo. With the help of a number of bemused professionals, he is soon selling Nature to British families. His humorous journey unearths some painful truths about modern family life. His product is free, plentiful and has proven benefits – but is Nature past its sell-by date?

“A gripping story of the desperate struggle to lead our computer-crazed children back to nature.”
Harry Mount, The Daily Telegraph

“Enlightening and entertaining. Like David Attenborough and Morgan Spurlock got drunk and had a baby…”
Hussain Currimbhoy, Sheffield Doc/Fest

Get your tickets here.