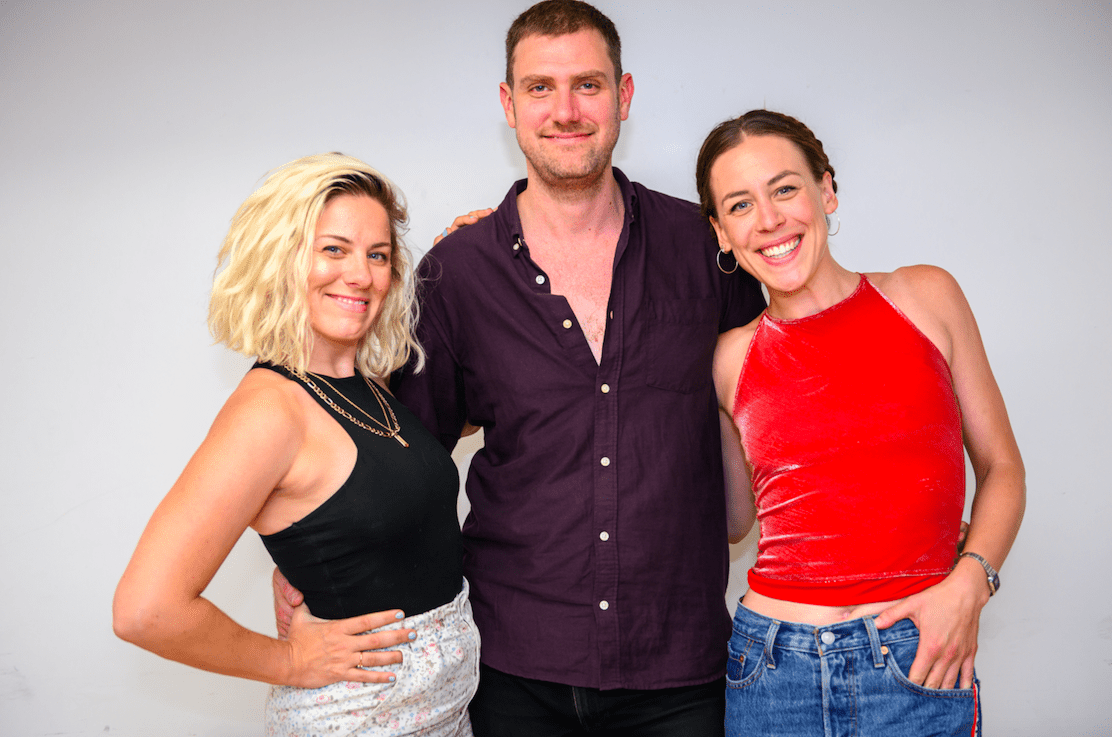 REPRINT: Fangirl Is One Third of The Musical Stage Company’s mashup of musical theatre and journalism

REPRINT by The Musical Stage Company is coming up August 19-22.

For the past ten months, some of the most exciting musical theatre artists in Canada have been working in small teams to create three original short musicals inspired by actual headlines from The Globe and Mail archives. The result? REPRINT, a three-part mashup of musical theatre and journalism.

REPRINT is an inaugural production generated in Launch Pad, a ground-breaking musical development residency created by The Musical Stage Company and Yonge Street Theatricals that is making a strategic investment in leading Canadian musical theatre writers and collaborators.

This week, we caught up with songwriters Anika Johnson & Barbara Johnston, whose musical Fangirl makes up one third of this one-of-a-kind theatrical experience.

Inspired by a Globe and Mail photo by Boris Spremo of a crowd of teenagers screaming at a packed Beatles concert at Maple Leaf Gardens in 1967, Fangirl follows an aspiring YouTube star on her quest to meet her idol.

SDTC: Briefly, what is Fangirl about?

Fangirl is the story of a teenage girl named Makayla who runs an online fan vlog dedicated to YouTube star Adam Scott (a fictional Jake Paul-type prankster). Her channel is called “Adam’s Army,” and Makayla is #1 Fangirl-in-Chief. Our show follows what happens to Makayla when she finally gets the chance to meet her idol IRL at a Meet and Greet in her hometown.

What inspired you to tie in Beatlemania to current YouTuber obsessions? How are they similar? Where do they differ?

All three of us (including our brilliant book-writer Nick Green) were drawn to a photo of screaming fans taken when the Beatles played Maple Leaf Gardens during the height of Beatlemania. The Beatles themselves aren’t pictured. Instead, the photo depicts what the band would have seen: girls reaching toward the stage, mid-scream, in full rapturous adoration of their heroes, heroes that these “fangirls” had never met yet nonetheless loved and felt connected to.

Initially we (Anika and Barbara) wanted to write a story about Beatlemania because we are HUGE Beatles fans. But then Nick pitched the idea of exploring contemporary teen fandom through the phenomenon of YouTube celebrity and we were immediately obsessed. We started our research and were shocked to discover just how much of youth culture is invisible to most people over 20. This is an era of direct access, where a 15-year-old can post a video that might reach millions of fans without the intervention, moderation or censorship of adults. We’re at a unique moment in time where the last generation of parents who grew up without the internet are raising the first generation of teenagers who have always had it. YouTube is the Wild West and teenagers are running the show.

It’s easy to dismiss YouTube celebrities, especially when you compare them to previous fan idols (like the Beatles). The Beatles made music; vloggers are ostensibly just celebrities for celebrity’s sake. That kind of comparison misses the point. The Beatles galvanized teenage obsession because they spoke to young people directly and made them feel seen in a way they hadn’t before. Now, over 50 years later, YouTube celebrities are doing the same thing, speaking directly to young people. The difference is that today, the fans can speak back. Instead of screaming in a crowd, they can post their own videos and create a community around their fandom. If their videos are popular enough, maybe their idol will notice them. Maybe they’ll meet them in person. Maybe they’ll become famous themselves, and get their own fans, and make millions of dollars in advertisers and sponsors. Or maybe they’ll screw up and something embarrassing will leak and their reputation will be destroyed before they turn 20.

What remains consistent is the devotion that teenage fans entrust to their idols. Growing up is complex, and fandom is a perfect way to try out feelings of passion, love and romantic obsession. Fandom is not about content, it’s about connection. But we live in a time of blurred lines and undefined boundaries, where the inherent populism of the internet has outpaced the systems that previously governed pop culture, journalism and politics. More than ever before, fandom rules our world, so it feels exciting and urgent to hang out with the teenage Fangirls on the front lines.

What was your approach to writing the music/lyrics for this piece? Walk us through your collaboration.

We collaborate on pretty much everything together. We’re best friends, we survived theatre school, we have written like eight shows together and we tour as Ginger Spice and Sporty Spice in Wannabe: A Spice Girls Tribute. When we write together, it’s a bit of a mind-meld; we see music/lyrics as being inherently linked and trade off on playing the piano/writing lyrics/pacing around like maniacs singing and crying and feeling it out.

This was our first time working with Nick as a book-writer, and it was instant fit. He’s an extremely generous collaborator and we worked together to make the show a kind of suite, where there are no hard lines between music and dialogue, realism and stylization—much like the vlogs we’re emulating. We spent a LOT of time watching YouTube celebs and fan vlogs to capture their rhythm and style, which is so specific. Mostly, we just try to write music and lyrics that feel honest and catchy and emotional. We really want young people to want to sing these songs.

What do you hope audiences take away from this production?

We’ve really tried to depict contemporary fandom in as objective a way as possible. It’s easy to dismiss things we don’t understand. Culture moves so fast now, and it seems like we are more generationally segregated than ever. We tried to create a piece that will speak to audiences of all ages. Mostly, we hope Fangirl starts a conversation.

Biggest challenge with this work? What did you like best about working on Fangirl?

Making it only 30 minutes was hard! There is so much to mine in this topic and so much more we’d love to say. We’re definitely excited to expand this story into a full-length show. Another big challenge was finding the balance between sending something up and also taking it totally seriously. The line between comedy and tragedy is thin and our subject matter really walks that tight-rope.

The BEST was writing together because there is nothing we love more. The fact that we were matched with Nick Green and that we all fell in love was just the life-changing icing on the cake.

What’s your personal connection to fandom? Any obsessions?

REPRINT is taking place August 19-22 at The Globe and Mail Centre, located on the 17th Floor (351 King St E). Get tickets here.