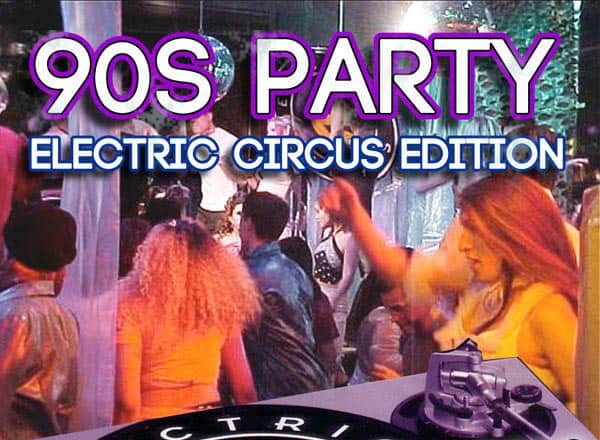 If you were a young person in Canada at a certain point in time, the height of sexycool aspirational partying was represented by Electric Circus. I can’t speak for the people who were on it, or old enough to be on it. Was it a cool thing? Was it a weird thing? Whatever, it was a great thing, and I remember watching it on TV and wishing I had short dyed hair and a crop top and was dancing to Ace of Base on a pillar in a television studio turned into a nightclub. (Sidebar, is Ace of Base responsible for kickstarting Gothenburg’s evolution into an indie music landmark? Why not.)  Luckily, Steve Rock and the Good Kids are in the business of making dreams come true, so they’re throwing an Electric Circus-themed 90s party on Friday, Jan. 11th at the Annex Wreckroom. (Which, weirdly, looks kind of like the old Muchmusic studio, in a way.)

They’ll be playing the best 90s hits, running a Terrible 90s Club Fashion costume contest with a $200 prize, and serving $1 vodka jello shots all night long, because why not? It’s $5 before midnight, and $10 after. As usual, the tunes will be a mix of on-theme tracks and 90s hip hop, rock, and R&B favourites. 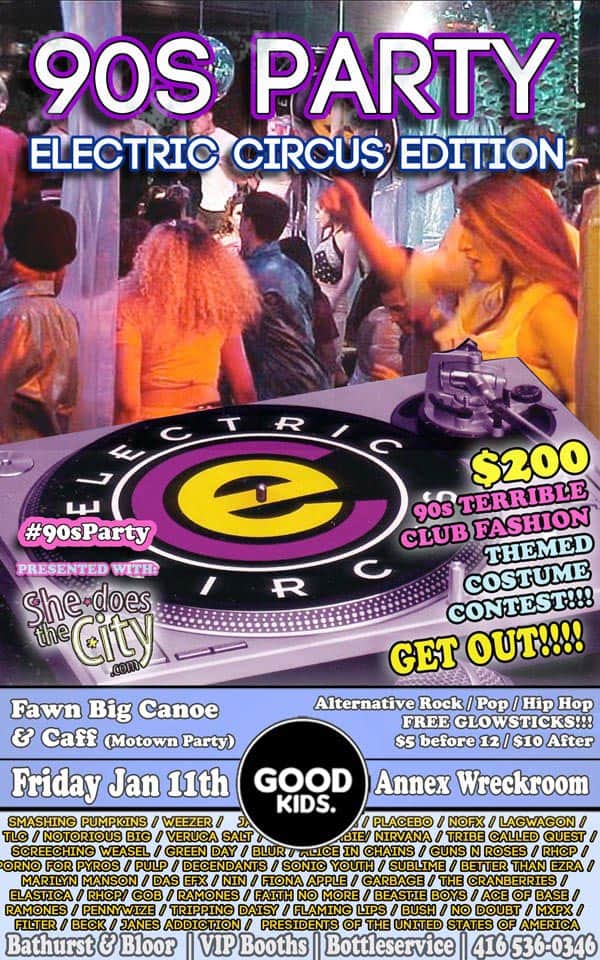