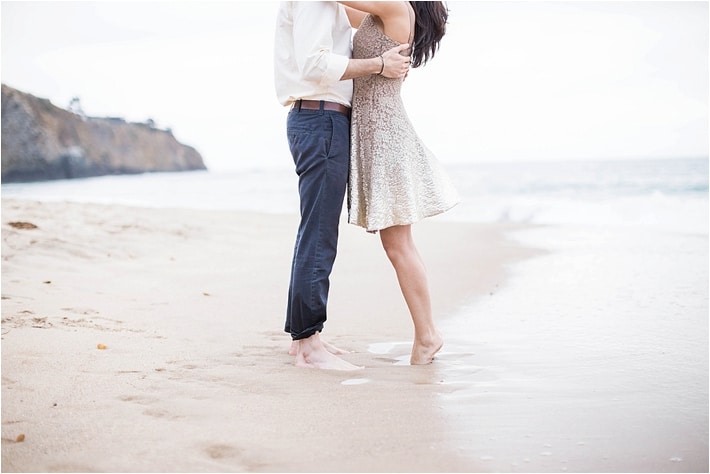 The Science of Trust Part IV: Finding One Another Again

My previous columns have outlined how to push through gridlocked conflict, urged everyone to ask people more questions, and made a case for dismantling patriarchy in our relationships. All columns are based on Dr. John Gottman’s book The Science of Trust.

As a kid, I missed a lot of school. I was off doing things like making weird Milk Bone commercials while everyone else was learning how to play floor hockey and relate to other children. There are times I still feel tripped up by this as an adult, but usually I can fake my way through with context clues.

Early into my relationship with J, I lost him in a department store while we were trying to find a coat that would keep him warm through an Ottawa winter. I walked in circles looking for him, until I heard him sing-song, “Marco!”

I froze. I had been to some pool parties where something called “Marco Polo” seemed to be happening, but I had never worked out the logistics of the game. I was too embarrassed to admit my lack of this apparently universal knowledge, so whenever I’d been asked to participate, I’d develop a swimming cramp or suddenly need to go home.

I glanced around, but I still couldn’t see him. I took a small breath and let out a timid “Po…lo?”

He tackled me with a bear hug, exclaiming, “I found you!” I tried not to fall over and let out a surprised laugh that I hadn’t screwed it up.

I feel like our relationship has been a bit of a game of Marco Polo for the last six years. We are both pretty hypervigilant from being raised by volatile people, so we do a lot of check-ins. If we’re out in the world, it’s Marco Polo. If we haven’t exchanged GChat messages in a while, we send a quick all caps “BONG” to get attention. If we’re in person, we’ll kiss the tops of each other’s heads as we get up to make a tea.

We also reach out in more subtle ways, of course. I’ll email J an article to get his take on it. He’ll ask if I want to watch the trailer for a new science fiction movie he’s excited about. I’ll try out new jokes on him while we’re on a road trip. He’ll call out to me from another room to look at something absurd that one of our cats is doing.

Dr. Gottman calls these “bids” or requests for connection. He explains:

We all do this constantly. We send goofy selfies to our best friends. We push books hopefully into the hands of a new crush. We tell our parents that we’re feeling overwhelmed at work. We share things we’re writing with our partners.

To turn toward someone is to be vulnerable; to raise your eyebrows optimistically, needing to see a smile in return. When we get that smile, our trust in our partner’s affection for us grows. When we are met with indifference or exasperation, our trust diminishes.

Failing to turn toward our partner in any one of these moments may not have hugely negative consequences. However, when we add up many such choices to dismiss emotion instead of attuning to it, the result is two different trajectories leading to very different universes.

I know that not every unanswered bid for attention is a sign of malice or lack of concern. Sometimes these bids come when we’re busy, or cranky, or engrossed in a Twitter fight. Sometimes we don’t want to help with the laundry, listen to complaints about work, or watch a documentary we expect to hate. Sometimes we want to pretend we don’t hear someone calling for us.

And if we have enough reserves in everyone’s “emotional banks,” then we’ll get through this just fine. But over time, if we feel our partner turns away from us more often than towards us, that connection starts to fray. It’s hard to trust that someone actually likes us if they can’t be bothered to read our favourite book, hard to feel part of a team if we keep asking for help and not getting it, and hard to keep trying to catch someone’s gaze if they always seem to be avoiding ours.

It’s hard to watch someone’s enthusiasm for you slip away like this; most relationships don’t survive it. In his study of couples beginning when they were newlyweds and lasting several years, Dr. Gottman found that couples who were divorced 6 years after their wedding turned toward each other only 33% of the time; ones still together after 6 years had an 86% turning-toward rate. “Turning toward was related to more affection and humor during conflict.”

Even if we want to turn toward someone, it’s not always easy; it has its own kind of vulnerability built into it. What if we say the wrong thing? What if we end up in an argument? What if we reveal how much we care about someone? What if you and your partner or friend are calling out to each other, but you can’t even tell?

On that last front, I would recommend doing this quick “Love Languages” quiz (recommended by Dr. Gottman) with people you are close to, to get a good sense of what makes you and them feel loved and understood.

Even if you think you will know all the answers already, it’s hard not to feel tender toward someone as they tell you they feel most loved when you make a special date plan with them, or that they make your lunch every day to show you they love you.

A few weeks ago, J bought me a copy of Step Up: All In on Bluray, even though I don’t have a Bluray player. I said that I’d have to watch it at his house. I assumed that this would happen sometime when he wasn’t there, because he hates nearly everything one might categorize as a “musical.”

A week later I was at his house for a date night, and I worked up the nerve to half-mutter that we could watch Step Up, if he wanted.

I looked at him like he was an alien.

“It’s a dumb dance movie,” I warned him.

So we ordered a pizza, snuggled close, and settled in. It was a terrible movie, but I felt like, no matter what, we were going to work to keep finding each other again and again.