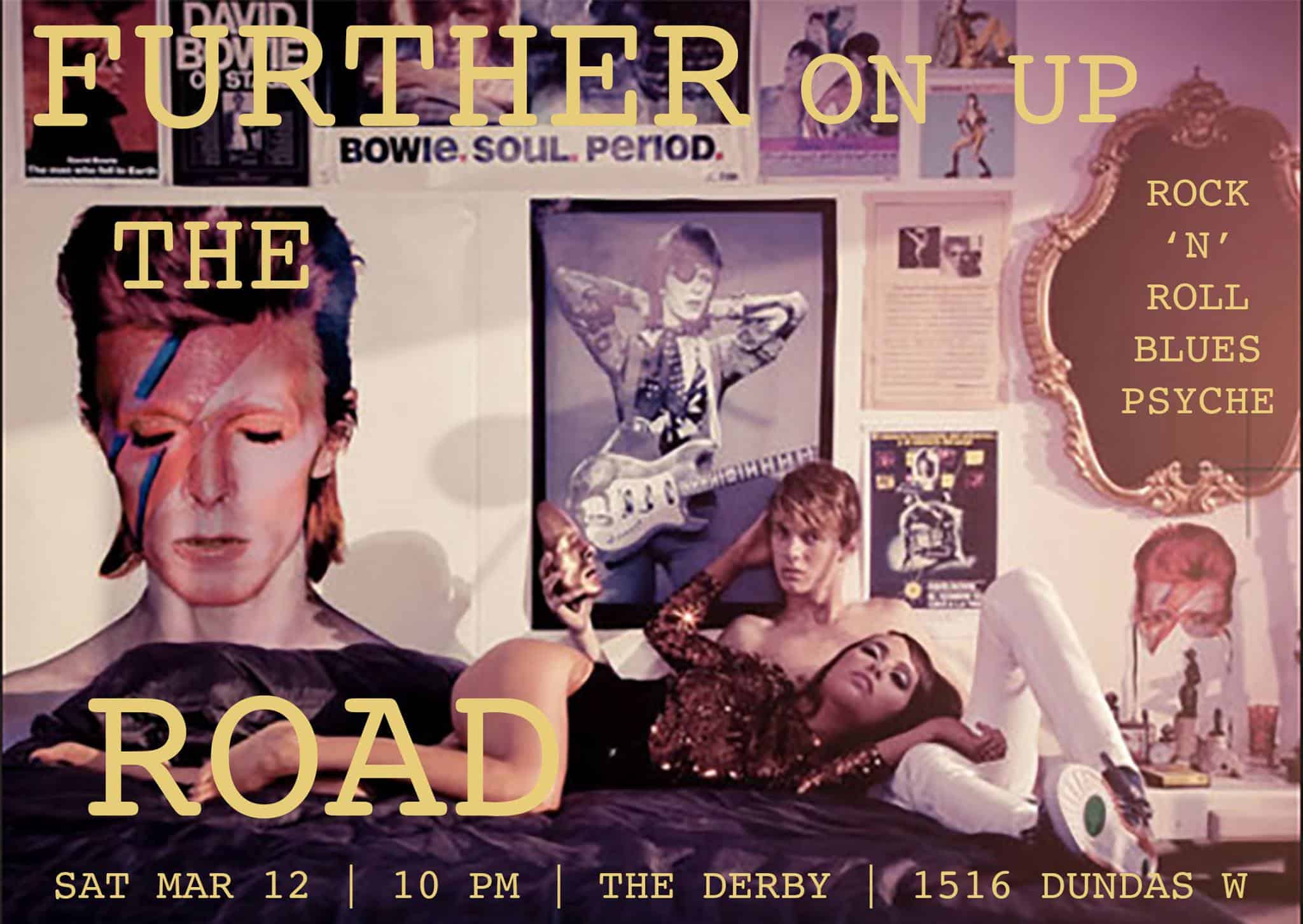 10 pm Karaoke @ Bambi’s, 1265 Dundas St. W. A lifetime of karaoke! The cycle of karaoke is never complete! It is at the end as it is at the beginning.

10 pm Super Nintendo, Sega Genesis: A Biggie Tribute Party @ Dundas Video, 831 Dundas St. W. Hip-hop lost one the most iconic emcees in the history of the genre on March 9th, 1997. 19 years later, DJs Diggy and James Redi honour his music while Dundas Video hosts some of the finest Super Nintendo and Sega Genesis playstations. Celebrate the life and jams of the Notorious B.I.G.

6 pm “Golden Lonesome” Opening Reception @ Likely General, 389 Roncesvalles Ave. Arden Way’s photographic practice stems from a diaristic documentation of her own nomadic lifestyle as a single woman in her mid-twenties. She responds to the way in which strangers, especially communities of women, can become a transient family if you let them. And she’s learned that home is just a feeling you get in your gut sometimes, if you’re lucky. Until 9 pm. Exhibition runs until April 10th.

11 pm Back to the Rack @ The Gladstone Hotel, 1214 Queen St. W. A weekly art party that aims to provide a space for artists, art appreciators as well as the Toronto arts and LGBT communities to come together after their respective art openings, enjoy drink specials, dance to music by a rotating roster of local DJs, connect with other like-minded folk, and get a little crazy. No cover!

9 pm Super Wonder Fashion Wars @ Super Wonder Gallery, 876 Bloor St. W. A fashion competition of conceptual spectacle! Six designers will battle it out on the catwalk – the wilder the designs, the better. The audience and a panel of judges will decide who will be crowned the first Super Wonder Fashion War champion. Dance party to follow with DJ Stacie Ant. $10 advance tickets available online.

10 pm Chicks Spin Discs @ The Steady, 1051 Bloor St. W. Pretend you’re dancing on a beach at this tropically-themed bar! DJs Okaay, Mavis, and Mimi provide the tunes. Everybody will be getting lei’d.

10 pm TLC vs. Everybody Video Dance Party @ The Gladstone Hotel, 1214 Queen St. W. They topped the charts in the ’90s and taught us a very important lesson: we don’t want No Scrubs. You’ll literally be crying Waterfalls if you miss the chance to dance to TLC’s biggest hits vs. the best of the rest. There will be drink specials, amazing live dance performances from The Girls Club, and of course, a sea of TLC classics and ’90s tunes to drown in. $10 advance tickets available online, limited tickets available at the door.

11 pm Racks & Bands @ The Drake Underground, 1150 Queen St. W. Racks & Bands is a monthly party focused on one thing and one thing only: bringing booty back to the Underground. Turn up with resident DJs Johnny Hockin and Vanity Muscles as they motivate the winin’ and grindin’, playing only the hottest in current rap and RnB. This month, they’ll be joined by Red Bull Bod Mon Kid MK and Max Mohenu. $10.

10 pm Business Woman’s Special: With A Z Edition @ ROUND, 152-A Augusta Ave. It’s the time of month to dance like nobody’s watching and have some cheap drinks with friends. It’s also Liza Minnelli’s 70th birthday and BWS is celebrating her with a performance by Daytona Bitch. DJs Nino Brown, Sammy Royale, and Diego Armand will be spinning your fave and old school jams. $6.

10 pm Spice Girls vs. Everybody Video Dance Party Part III @ The Gladstone Hotel, 1214 Queen St. W. Back by popular demand, it’s going to be Spice Girls vs. the best of the rest. There will be drink specials, live dance performances by The Girls Club, and of course, a sea of Spice Girls classics to drown in amongst other ’90s tunes. $10 advance tickets sold out, limited tickets available at the door.

10 pm Beam Me Up Disco @ The Piston, 937 Bloor St. W. A room full of wonderful people, a sublime sound system, and four-and-a-half hours of disco – which by Beam Me Up’s definition is a mixed bag of funk, jazz, soul, boogie, rap, rare groove, reggae, gospel, and proto-house! Warming up the hearts and minds for the first hour will be Brother Miles Moon with his disco debut.

10 pm Feel The Burn @ The Steady, 1051 Bloor St. W. All the steamiest, vibiest, sub-heaviest, bossiest dance music… you’re likely to give yourself a first-degree burn. With Djs Glitclit, Baby Bougy, and Spawn. Free before midnight, $5 after.

11 pm Quatro @ The Drake Underground, 1150 Queen St. W. Bridging the gap between four different eras and forming a cohesive sonic bond, Conor Cutz and Rouge bring you a night of the best music from times past. From the 1970s to the early 2000s, expect to hear the best of everything from James Brown to Justice, M.J. to Biggie – tracks that defined generations, seamlessly mashed up and reworked by the infamous duo. Aroundmidnight, renowned speed artist Anthony Haley takes the stage and begins performing his craft. Gaining inspiration from the crowd, music and overall feel of the night, Haley will take you on a visual quest creating piece after piece live on stage. $10.

12 pm Spring Vintage Fashion Flea Market @ The Garrison, 1197 Dundas St. W. Vintage and thrift flea market returns for the spring. Stop by the bar, have a drink, and shop amazing deals from 10+ vendors (including menswear and children’s)! Until 6 pm.

7:30 pm Seinfeld Trivia Night 3 Year Anniversary @ Dundas Video, 831 Dundas St. W. Think you know Seinfeld? Well it’s not a lie if you believe it, and if you can prove you’re the master of your domain, then it’s next stop Pottersville. This is the Famous ORIGINAL Ray’s of monthly Seinfeld trivia, not some knock-off with their own case at the end of the aisle. Come for the trivia, stay for the episode and the JuJy Fruits! Maybe you’ll win a contest. Trivia at 8 pm.

8:30 pm Burdock 1 Year Anniversary @ Burdock, 1184 Bloor St. W. On March 13th, 2015, Burdock opened their doors for the first time. Communism Music played a hell of a set that night, and is back to help the bar celebrate their first birthday with a rock and roll dance party! On the decks for the evening will be DJ Choozey. $8 in advance, $10 at the door.