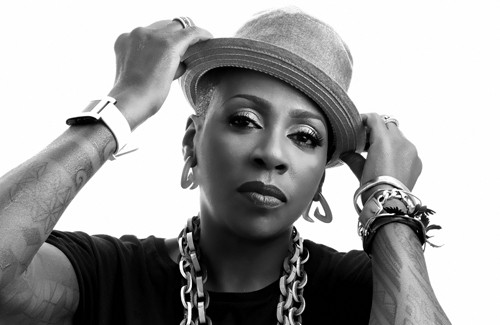 Gina Yashere has been a stand up and TV star in the UK for several years now, with appearances on iconic TV shows such as Live At The Apollo and Mock The Week. She broke onto the American comedy scene with her appearances on Last Comic Standing, where she made it to the final 10 and then never went home! We also love watching her on The Daily Show with Trevor Noah.

GY: Besides global warming and Trump becoming more like an eighty-year-old King Joffrey…actually, that’s it.

Too many! The latest season of Narcos, this genius show with Jason Bateman called Ozark, and I’m now halfway through this great Australian comedy called Rake. All in the last week!

That there is no limit to crazy.

Taking my girlfriend’s seventy-five-year-old dad on tour with me around Asia last year, and making him ride with me on the back of motorbikes in Vietnam, and making him eat spiders. His reactions were priceless!

Don’t compare yourself to other people.

I’m past caring what people think of me.

Probably Kindle. If I can’t listen to music, or stare at people’s Instagram profiles for hours at a time, then I have to read a book. Preferably anything by Stephen King.

What bugs you most about humanity?

The fact that we make the same mistakes over and over again.

Any trend that means I can wear stuff I bought twenty years ago…again.

The Bionic Woman, Lindsay Wagner and all of New Edition.

Eat, get half beaten to death with Thai massage, watch a great film, eat, go do great comedy, eat.