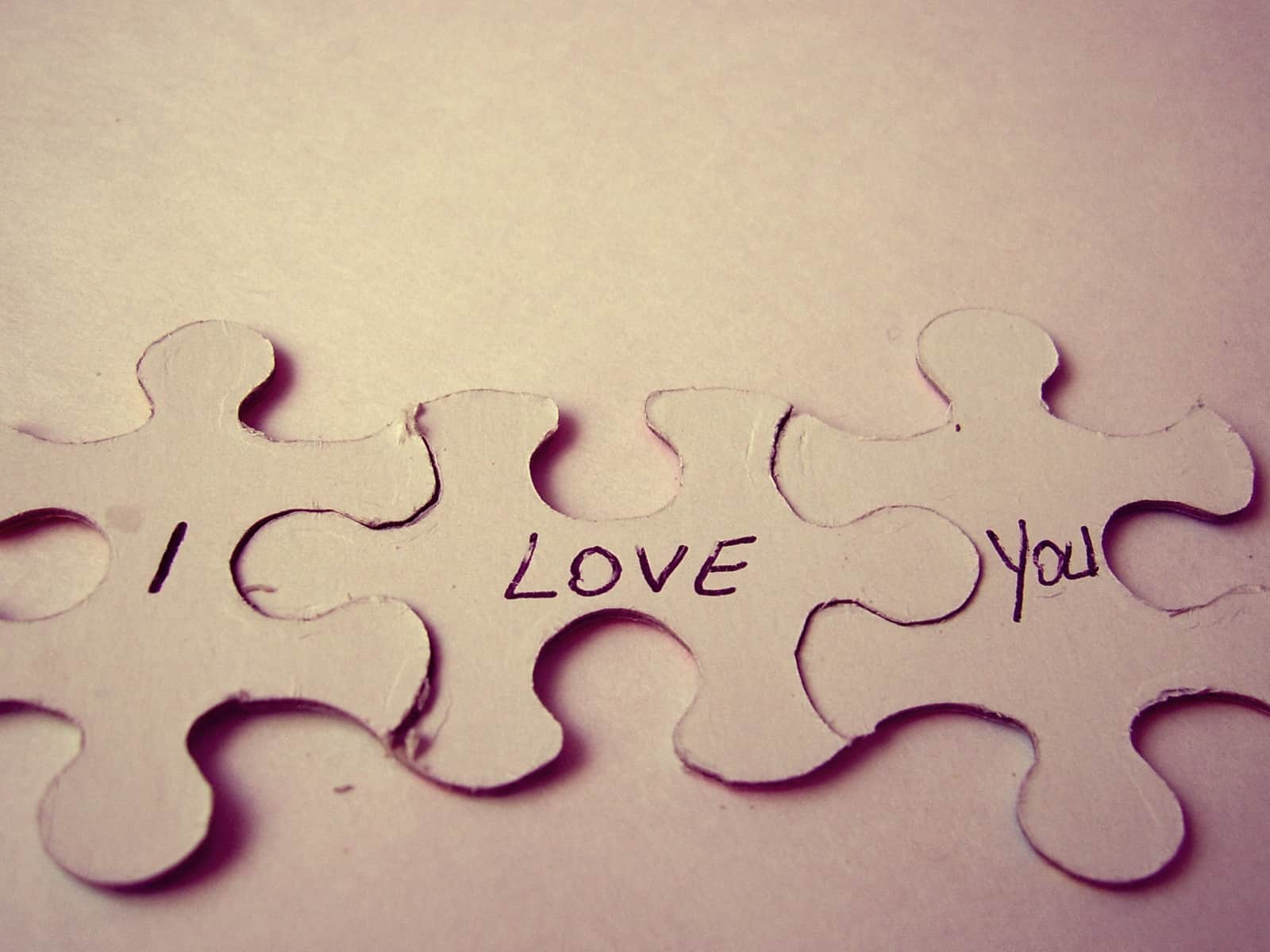 10 Signs You’ve Got That Pre-Love Feeling

It’s that emotionally fraught time between “I like you” and “I like you a lot” and “I refuse to say it first… so say it already“.

Instead, you interrogate your paramour in the middle of the night while you’re both half asleep until you end up spewing L-O-V-E guts all over the damn place.

It’s difficult to find a good time to discuss “je t’aime”. No matter what the hour, it’s the hardest statement in the world to make and it’s even harder to know if you want to make it. Maybe you’re not sure. Maybe you can’t admit it to yourself. Maybe you’re scared. Maybe you haven’t experienced it before. Or maybe you need time to come to terms with the fact that you have a beating heart, or more accurately, a functioning brain with oxytocin flooding it.

It hasn’t happened yet, but it’s on the way. The signs are clear:

You stare into each other’s eyes for way too long at brunch…
….and you make your friends highly uncomfortable in the process. Your pal will be in the middle of telling you a story about their boss being a dummy at the office when you take a sip of coffee, look up and find yourself locked in a hot pair of pupils. This used to simply be a glance or a quick smile or a silly face but now it’s a stare and an extended giggle and a psychotic expression. You gaze at one another until your eggs are cold and your pancakes have de-fluffed and your friends have exited both the restaurant and their friendships with you.

The sex has had a sudden, significant leap in quality
It was always good (or else you probably wouldn’t still be watching Netflix with them) but recently it has become hella good. It’s phenomenal. It’s unforgettable. It’s HBO-level intercourse. You’re trying out new stuff and orgasming fifteen times a night and you can’t resist humping bodies when you’re in the same room together. If you’re in a public space, you fantasize about humping bodies until you can get with the humping privately (or at least discreetly in a corner).

You’re never not touching skins
You used to be able to function like adults but that is no longer a possibility. Extreme hand holding is at an all time high. Marathon canoodling is your sport of choice. The goddamn noses on your faces are rubbing each other like a lady and a tramp, sans spaghetti. You can’t resist squeezing and stroking and smooching and merging and sharing one sweater and creating a joint email account and using “we” instead of “I” and making everyone around you metaphorically and literally vomit.

You don’t get a wink of sleep these days
You’re either fornicating or chatting about your passions or delving into your complicated relationships with your fathers or discussing your nightmares until 6 a.m. Then you sleep for an hour and wake-up and do it again until breakfast. If you don’t have jobs, this continues until dinner, in which case you’re only eating one meal a day and that meal is continued fornication.

You want to know what they’re up to
Prior to a few weeks ago, you were totally cool if you had no idea what their plans were for that evening, but nowadays you can’t get enough of them asking you or you asking them. You’d also like to be informed of when they encounter an adorable animal or when their mom sends them a ridiculous email or when they are eating delicious cheese or when they’re body is active whatsoever.

You met their important people and panicked that they wouldn’t be into you
Best friends. Parents. Siblings. Colleagues. Neighbours. Baristas. Hair stylists. Doctors. Dentists. Naturopaths. H&R Block employees. There are a lot of relevant folks in one’s life and you typically only get introduced when you’re en route to love cityyyyyyyy. There’s a reason you have a spontaneous urge for everyone you like to meet your coitus companion and that urge is the undeniable l’amour.

You’ve opened yourself up to the real shit
You’re being vulnerable. You’re revealing stuff about yourself that only your BFF knows. You’re confessing gross secrets. You’re unveiling insecurities. You’re exposing your annoying traits. You’re noticing their annoying traits and not caring. Judgement doesn’t exist in the world of the ultimate romantic comedy where you reside at the moment. You’re unapologetically you and they’re soaking it all up.

Happiness is a thing you actually (finally) maybe comprehend
You had read about it in books. You had seen it on the online TV. Cinema was constantly shoving it down your throat. Your optimistic friends would describe it as “waking up every day and getting out of bed without struggle or hitting the snooze button a million times or regretting breaking up with every one of your exes”. But now, you get it. You have become that positive pal, and it’s terrifying. You’re terrifying. They’re terrifying. We’re terrifying.

You’re also fucking disgusting and everyone knows it (including you)
You catch reflections of you and your lover in mirrors and you gag. You have become your worst nightmare. Although you’re queasy at the thought of your own existence, you’re totally content with who you are, too. Which is, I repeat, TERRIFYING.

It’s love and you know it. Give in already and let that woman cake rise to that screaming rooftop.