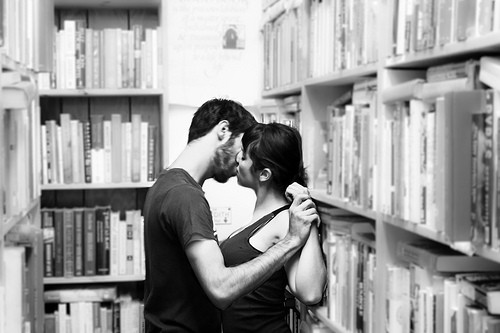 10 Unconventional Places To Pickup In Toronto

After an unbearably long winter of urban hibernation, Gilmore Girls re-runs and zero social appearances, men and women are walking outside for the first time in 4 months, and everyone wants to have sex with each other. The problem is, nobody knows how or where to meet people these days. It’s discouraging. Tinder is hit or miss. Work relationships are a no-no. Cheating is frowned upon. And it’s hard to spark natural conversation without coming off like a predator. That’s why I created a list of unconventional places to pickup in Toronto:

Metro Liberty Village
100 Lynn Williams St
It’s the hookup capital of Liberty Village Island. Pickup a handsome man with your bag of Florida Oranges – it’s on. The cleaning aisle is where you’ll find the home wreckers, and handsome perverts loiter around the frozen food aisle while sexy vegan hippies squirrel through bruised apples in fresh produce. If you’re looking for a keeper, swing by the frozen desserts aisle. You might grab the same McCain Deep N’ Delicious cake as your gorgeous future husband. Worst case scenario: you chat up an old hookup from 1995 in the cereal aisle.

Instagram Direct Message
Instagram is the new fuck app. Everyone is secretly banging each other on Instagram via direct message. It starts with a heart notification from a stranger. Then, in an act of playful digital flirtation, you heart one of their photos from last year. After 5-10 #TBT picture likes, things get intense. He comments on a photo with a smiley emoji, then you do the same. The silence is broken with a DM picture of something ironic. Boom, before you know it, you’re meeting up at Dakota Tavern on a Saturday night and it’s officially on.

Bicycle Intersections
Bathurst & College
This is too cute. You’re on a bike. They’re on a bike. Suddenly, they look over and wave to you. This is as close as anyone will ever get to starring in a cheesy romantic comedy. It’s adorable, because you both own really fashionable road bicycles and you can’t help but fall in love because it’s the middle of the day and you feel like you’re in a John Hughes movie, and all you want to do is hold a crappy boom box in the air. Do your best not to get run over or shouted at while you’re holding up bike traffic behind you.

Dog and Bear
1100 Queen Street West
If you’re hungry for a one night stand with some chili cheese fries, swing by Dog and Bear on Saturday night. It’s the Breaker High of hot old men, 19-year-olds from Mississauga, charming thugs, sexy punks and sports junkies. There’s so much testosterone in this bar you might be tempted to crush a beer can on your forehead and make out to Biggie Smalls on the dance floor. If it happens, don’t be too hard on yourself. In the morning when you wake up with a stranger beside you, return to Dog and Bear to nurse each other’s thrashing hangover with a Traditional English Breakfast. Steamy hot beans are the secret glue to blossoming relationships.

Toronto Reference Library
789 Yonge Street
Call yourself bookworm? The Dewey Decimal System is about to lead you to a steamy hookup – in the Toronto Reference Library. Its central location is a breeding ground for attractive intellectuals looking for sex and a good book to read. First step: get a library card (it’s free!). Then wait for the right opportunity to share a table with a handsome dude reading “A Single Man” on the fourth floor. You’re clearly destined for each other.

LCBO Line Up in Kensington Market
335 Spadina Avenue
You’re in a rush to grab a bottle of wine before the LCBO closes at 9 p.m. Everyone is frantically rushing around the aisles to grab the cheapest bottle of booze they can find. In the heat of the rush hour, everyone suddenly looks at one another. At first, everyone secretly judges others by alcohol choice, then suddenly, in the boredom of waiting in the longest lineup ever, conversation explodes and pickups are happening left, right and center. 10 years later, when you’re finally paying for your alcohol at the checkout, you’ll be happily married with twins.

Northwood
815 Bloor Street West
It’s dark. Romantic. Filled with candles. Bartenders are intimidatingly cool. You might have already been on 600 dates here, because it’s the city’s most popular date spot. It’s moody in all the right places, loud enough to fill awkward silences and is a great place to master “sexy (not constipated) eye” stare from across the bar. Picking up is easy when you’re crammed in a room with candles, R&B music and a sexy Black Walnut cocktail in front of you.

Trinity Bellwoods Park
Queen West
Whether you’re selling flower crowns, picking up used beer cans, balancing on tight ropes or walking a rabbit, Trinity Bellwoods is hopping with urban hormones. Avoid the piss bush and position yourself in the prime sunlight of the afternoon. Everyone on the entire planet is picking up at this location. Bring your friends. Get a tan. Picking up is a breeze.

Rotate This
801 Queen Street West
There is an unspoken camaraderie between the customers in Rotate This. A silent vow of appreciation and understanding for music lovers who continue to buy records. People can’t help but be attracted to each other. Dress up like Liv Tyler from Empire Records and pretend that it’s Rex Manning Day: you’re about to pickup at a record store.