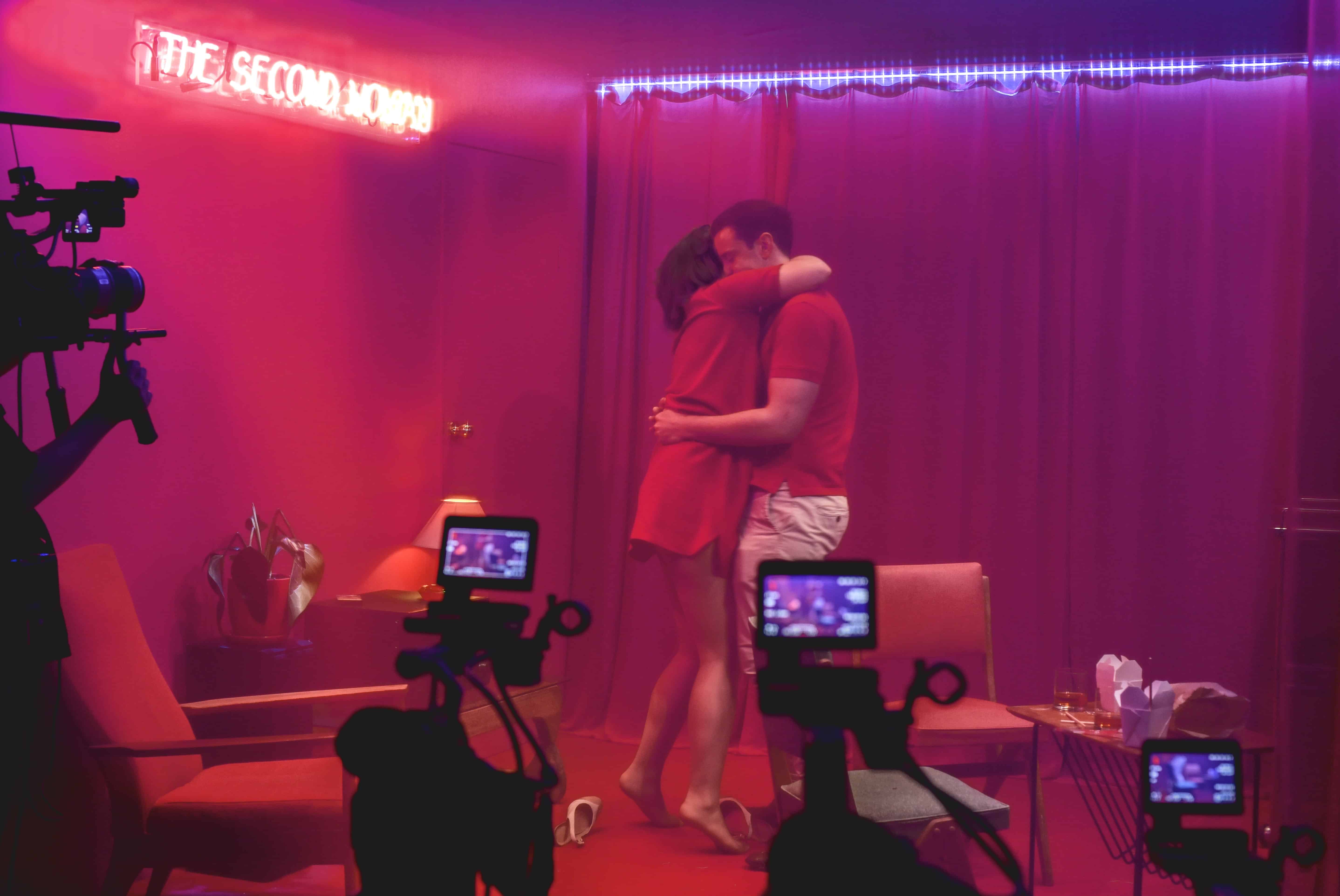 The Second Woman is coming to Harbourfront Centre’s festival Brave: Secret Lives, Second Chances on Saturday, July 20. Created by Nat Randall and Anna Breckon, and starring Laara Sadiq (The Murders, Arrow, Heartland), The Second Woman is a unique and masterful live performance in which the lead character endures an epic marathon of 100 breakups in 24 hours. (This is only the second time an actress outside the creators will play the lead female role.)

The 100 men who portray the male role of “Marty” are drawn from the GTA and have no prior experience. Although the script remains the same, each participant uses their own interpretation and improvisation during an unrehearsed live interaction that will result in a different outcome, 100 times over. Through the repetition of this intimate encounter, The Second Woman explores the complex interplay between identity, performance, gender, emotion, cinema and reality.

This 24-hour theatre piece will be simultaneously recorded on various cameras to present yet another POV for the audience, by capturing different angles and close-ups of fluttering eyelids or nervous hands.

We caught up with Laara, Nat and Anna this week.

SDTC: How are you preparing for an endurance performance like this–24 straight hours? What will you do to stay alert and focused?

Laara: It’s an interesting question, because I’ve never had to prepare for anything quite like this. Keeping my mind and body open, flexible and present in the moment seemed to be the best way to begin the rehearsal process.

In the months leading up to rehearsal, I read a lot, listened to music, lots of hiking up in the woods on the west coast, where I live.

Rehearsals have been amazing. It’s been a steep learning curve, because I’m working in a different way than I’m used to. So I’ve been recalibrating a bit. And finding joy in the results. It’s been a room full of wickedly funny, whip-smart women. And the open hearted men who’ve joined us as rehearsal participants. The work is both muscular and compassionate, and every moment has been a real pleasure.

For the performance, my body, heart and mind will need to sustain themselves for 24 hours without creature comforts, so eating clean, staying hydrated, and getting as much restful sleep as possible has been a priority. 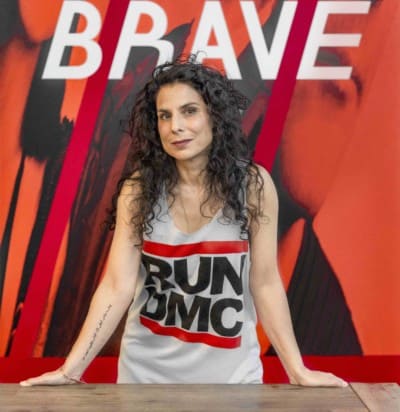 How do you prepare for unrehearsed performances with 100 different men, some who’ve never performed before, as well as for two possible endings?

Laara: There really is no way to “prepare” for this experience. Nat and Anna work from the Meisner acting technique, which means that nothing can be preconceived or steered in a particular direction. My job is to be open and available to each man who walks in the door. I’m starting from square one every time I reset. Yes, we have a script and parameters that we’ve established in rehearsal, so there is a roadmap. But there are many routes to arrive at the destination.

It’ll definitely be a wild-ass ride. As long as I’m listening and responding honestly, I’ll stay on the saddle.

Why are we drawn towards seeing others during their emotionally raw moments? What is the appeal?

Laara: Vulnerability is one of the most compelling human states. When we allow ourselves to be vulnerable, we’re exposing our strengths and weaknesses, in equal measures. There’s a natural fascination there. And when we bear witness to that, it allows us to reflect back on ourselves and the world around us.

Where did the idea for this performance come from? What do you want audiences to get out of this?

There is no singular way to read The Second Woman. The show contains so many variables in each context—each production engages a local performer (in this case Laara Sadiq), local crew, local men—that the meaning it offers cannot be predetermined.

How has this performance changed from your initial idea for it?

Nat/Anna: We did not have a clear idea of what the show was until the first iteration of it in Melbourne. Because of its length and the significance of duration to its meaning, it is not a show that can be fully tested before actually presenting it.

The show has evolved from our learnings after each version of it. We were able to take into consideration the experiences of the male-identifying participants as well as the audience and change details of the show’s operation, production and performance to enhance and restrict particular meaning outcomes. Taking this show overseas and engaging with a local performance means that no show will be alike and the meanings of each will be slightly different depending on the performer and what the participants bring. 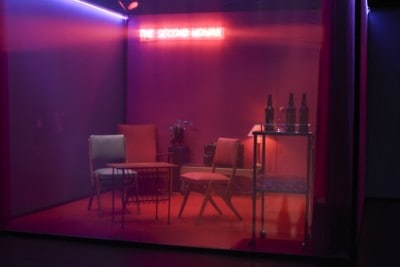