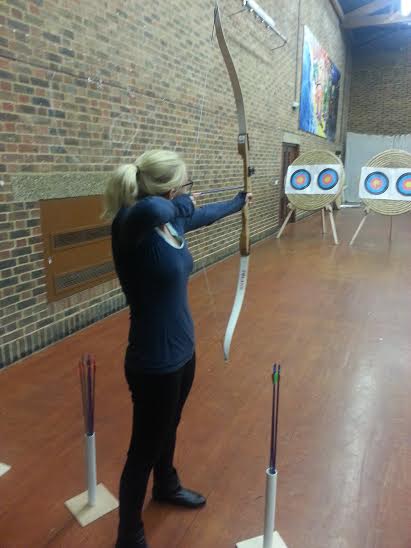 "You're overthinking it and going too fast. Just relax!"

You’d think that having left all friends and family back home across an ocean, all traces of drama and social politics would be left behind. Were that the case, I would’ve been in a much better state upon arriving in London. Prior to arriving in the UK, I’d spent an intense (but fun) week with a crew of Australians in Croatia in an attempt to stave off burnout and loneliness. It had been a great week but got a bit sour towards the end of our time together thanks to overinflated egos and general drama; by the time I had to catch my flight I was ready to leave behind the petty bullshit that had somehow crept its way into my brain.

Luckily, I was running straight into the flat (and the arms) of my best friend of 20 odd years who recently moved to London to start veterinary school. There’s nothing quite as life-affirming as an old friend who knows you well and can confirm you’re a good person. Feeling like you constantly have to prove yourself to people that you won’t know for much longer than a few days can get a little tiring for the ol’ morale. 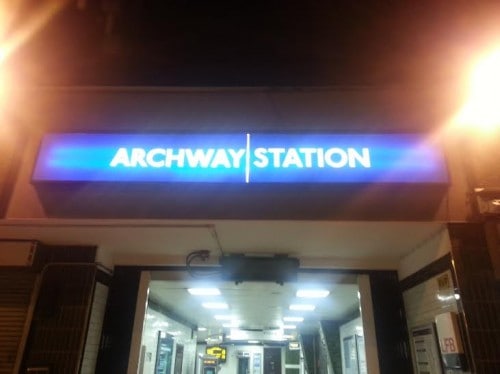 Aside from collapsing into the comfort and familiarity of old friends for a taste of home after too many months on the road, my mission in England was to get skilled in archery—after all, it’s where Robin Hood was from. If nothing else, it would be a good distraction from replaying the previous weeks events over and over in my head and stressing out.

When I finally got myself in gear enough to follow through on my original plan, I took the tube to Archway station (which seemed appropriate), then made my way to the neighbourhood community centre.  Not quite Sherwood Forest, but whatever.  The whole process was pretty straightforward (slot arrow in place, pull up and aim, pull back and release), but as with everything I’ve tried my hand at this year, the immediate impatience and self-flagellation when I was completely off target the first time I ever fired an arrow was completely predictable.  I couldn’t help but laugh when my archery instructor told me, “You’re overthinking it and going too fast. Just relax!” 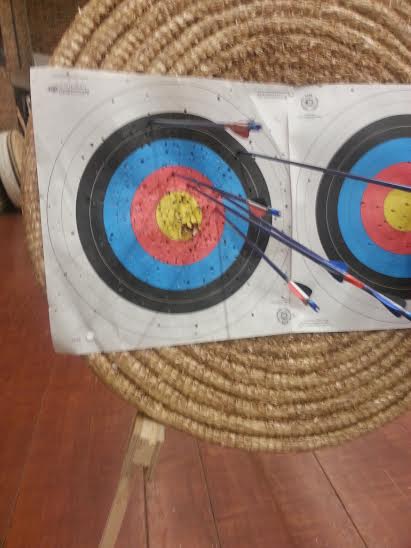 Without a word of exaggeration, that’s pretty much exactly what I’d been told from every single other instructor I’ve had during this quest for learning. Hello, personal flaws, you’re looking crystal clear this evening.

But despite not being completely pro-star right away—as I, for some reason, constantly assume I need to be with every new thing I try for the first time—shooting proved to be very therapeutic for my wound-up brain. Besides the obvious “picture the person you despise the most as your target” trick, simply having a specific task to focus on was kind of zen, and the feeling of a good hit on your target gives you a rush of power, control and accomplishment—three things which, at the time, felt incredibly out of reach for me. When you consider that an arrow can only move forward by being pulled back, but then when you release it from that pull, it flies and gets to exactly where it’s going, it makes for a nice metaphor to wrap up an article about learning archery and overcoming obstacles.

Plus, it seems to work for Katniss.